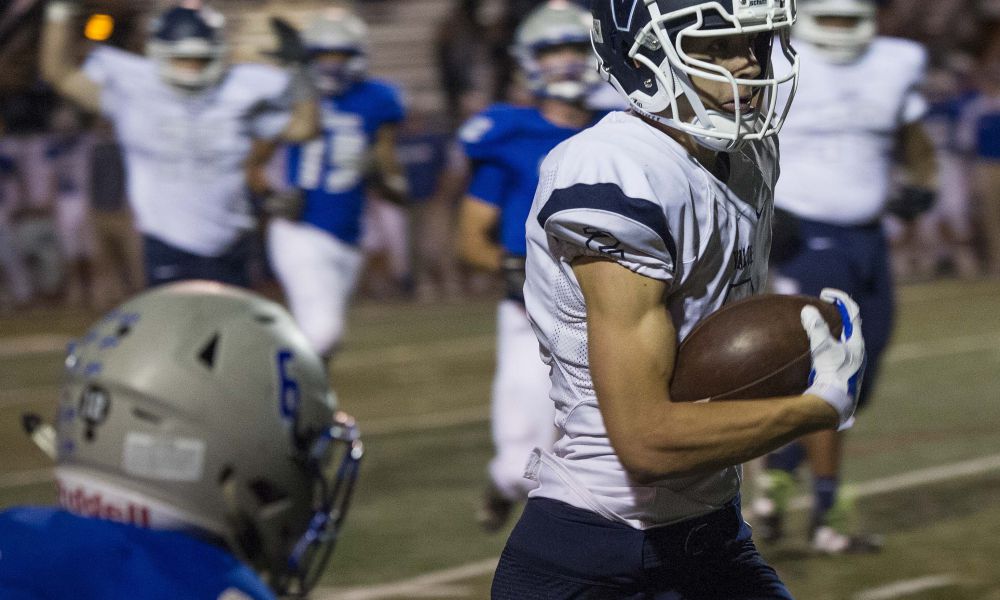 University of Nebraska new head coach Scott Frost is off to an impressive start after landing the No. 1-rated rising high school senior in Colorado, Luke McCaffrey. The Valor Christian High School (Highlands Ranch) quarterback is the fourth and last of the famed McCaffrey brothers to play FBS football.

The 6-foot-2, 183-pound senior announced his commitment to Nebraska this week on Twitter.

After much consideration, I am extremely blessed to announce that I am officially committed to The University of Nebraska! #GBR pic.twitter.com/BvYFUVTFDH

He received congratulatory feedback from his nearly 10,000 followers, including his older brother and 2016 Heisman Trophy runner-up, Christian, as well as his future running back teammate, Rahmir Johnson.

Cornhusker Nation, we got our guy. The future just happened...Again!!!

The youngest of four football-bred brothers and father, McCaffrey was bound to follow their lead.

In Luke McCaffrey’s last two seasons with the Eagles, he threw for over 900 yards with 6 touchdowns, accumulated 792 running yards with 11 touchdowns and completed 66 passes for 864 yards with another 11 touchdowns. He is No. 149 in the ESPN 300 for the Class of 2019.

In addition to playing football, he’s also been a member of the basketball, lacrosse and track and field teams.

McCaffrey selected the Cornhuskers over scholarships from Colorado, Washington, Michigan, Ohio State and Ole Miss. Some other schools attempted to recruit him as a wide receiver or defensive player, but Nebraska wanted him as a quarterback.

“I love what is going on there,” McCaffrey said, “It was definitely the right system. And the culture that the coaches are trying to create really appeals to me. And overall, it was the best fit all around.”