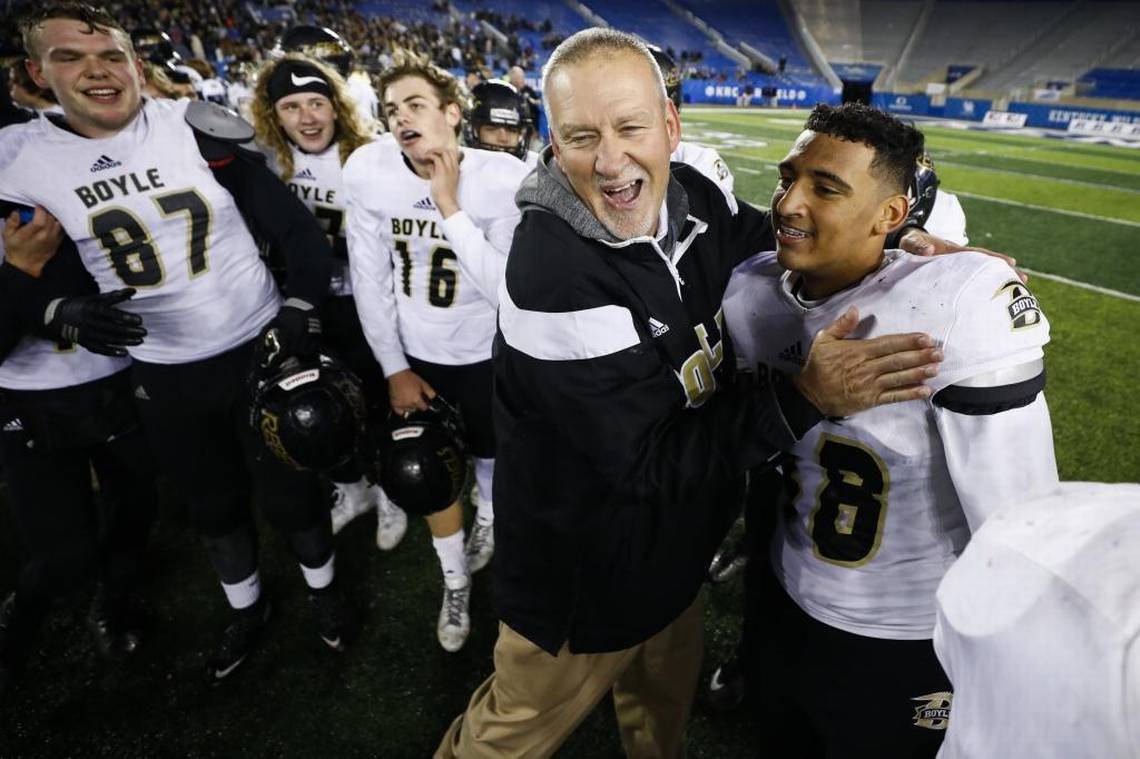 The guest on today’s Coach and Coordinator podcast is Chuck Smith, head coach of Boyle County High School in Danville, Kentucky. Boyle enters his fifth season, in his second stint, as head coach at Boyle County. The team is coming off a 14-1 record and a state championship last season. Since returning as the head coach, Smith holds a 42-10 at Boyle County. Before Boyle County, Smith worked as an assistant coach at the University of Kentucky, Smith’s alma mater. He worked eight years as a linebackers coach and recruiting coordinator for the Wildcats, and coached current Chicago Bears linebacker Danny Trevathan.

Smith’s legacy stems from his first time as the head coach of Boyle County from 1992 to 2004. During that time, Smith led the Rebels to five state championships in a row. From 1999 to 2002, Boyle County had the second-longest winning streak in Kentucky history (47). Smith had a 142-33 record during those first 13 seasons. Before coaching, Smith played linebacker at Kentucky and was one of the top tacklers on the team in his last two seasons.

On today’s show, Smith and host Keith Grabowski talk about the relationship between coaches and players, building tradition and establishing a championship-winning system.