What I've gained and learned from being a football mom 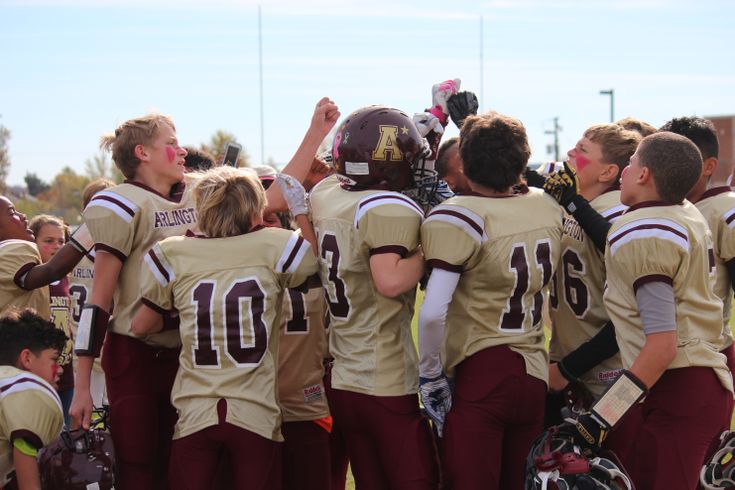 "What sports do your children play?"

"They play football, basketball, and soccer."

More often than not, I already know their response to my answer before they even open their mouths.

"You mean they play flag football?"

The look on each person’s face usually talks before they do. How on earth do I let them play tackle?

And you know what? I get it. I really do. I was that mom about six years ago.  My oldest was in second grade and wanted to play football. I immediately shut him down. I thought there was no way this scrawny, little toothpick is a football player. Luckily, he didn't push. He went on about second grade playing soccer and basketball.

That winter, during basketball season, we met an amazing family whose youngest son played on the same team as my son. They were some of the friendliest, most supportive people I had ever met. Dad was a PE teacher and mom was a group fitness instructor. Dad played the drums at church and mom helped teach Sunday School. And guess what? Both of their sons played football. Real, tackle football.

RELATED CONTENT: 10 signs you're probably married to a football coach

Dad reached out to my husband and I, inquiring as to whether or not our son would be interested in playing in the fall. I immediately said he was not. But after a few more conversations with them, as well as with my husband, I began to change my mind. He explained to us how he coached, and all the safety precautions they took. Winter basketball ended (their team did great!) and we went about our regularly scheduled program.

As summer began, I received a Facebook message from none other than "Football Dad" asking whether or not my boy was signed up yet. I explained to him that he wasn't just yet, but that he definitely would be. I'm not even going to lie, reading the waiver scared the living daylights out of me, but I signed it. Everything in life has risks, right? He was signed up to play, and my husband was signed up to coach.

About a month or so later, he got his helmet and equipment and practice began. I honestly wasn't sure what to expect. I actually ended up with TWO kids playing tackle. My original plan was to have my middle child play a year of flag as he was only 7 years old. (Tackle football in our area begins at age 7, as long as the child weighs at least 40 pounds). He attended the non-contact minicamp alongside his older brother and decided that he, too, wanted to play tackle.

Before I knew it, both my big boys were "hitting,” my husband was coaching, and I was the team mom. And it has been that way ever since.

Entering our seventh season as a football family, I want to share with you all that I have gained and learned thanks to the amazing sport that is tackle football.

These are just a few of the things that I have both gained and learned from my six seasons as a football mama. I could go on for days. For these reasons and so many more, I am forever thankful for giving organized tackle football the chance. And I would encourage all of you who may be on the fence to give it a try as well. I promise you won't regret it.

Vanessa Mejia is the mother of three football-playing boys, ages 14, 12 and 9, and lives in northern Virginia. Her boys also play basketball, soccer and track and field. Her husband coaches football in the Fairfax County Youth Football League. She shares Team Mom ideas, tips and tricks along with other facets of her family’s life away from the football field. For this blog, she asked her sons and their teammates why they're most thankful for their mothers within the context of football. Read more of her work at https://confessionsofasportsmama.blogspot.com