Football coaches sometimes have to play a father figure role. See what other roles they take on 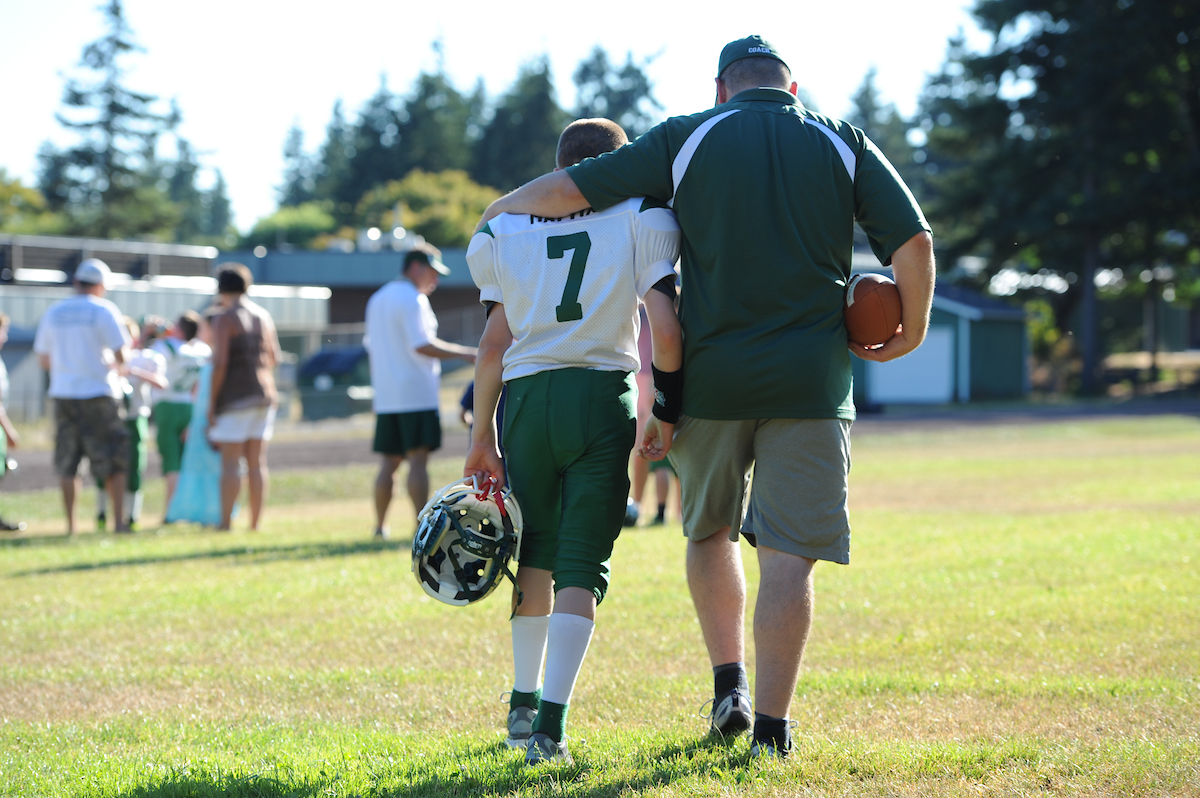 As the head football coach, you resume many roles. Would you guess there are 30 of them? Football Scoop’s Doug Samuels would say so.

Football coaches at all levels serve as a leader, a force that helps drives the team to success. They are in place to oversee all aspects of the players, parents, coaching staff, and program. In many cases, the coach is seen in a player’s eyes as a mentor or a father figure.

Oklahoma State University’s head coach, Mike Gundy, says he treats all 135 of his players as if they were his own children.

“They have to trust you and love you and know that you trust them and love them, and then they’ll listen to you,” Gundy said. “Otherwise, they can get information from other places.”

There’s a chance you will encounter a player who doesn’t have a father figure at home, so having the ability to act as one could mean a lot to a young player at some point.

Like a good father, a good coach is one who knows his players and knows where they will succeed or need additional support. His leadership brings the team together to act as a family. He is there to motivate and give lessons on and off the field.

In addition to acting as a father figure, coaches are looked upon as a mentor.

“I’m much more of a mentor now than I am a coach,” Gundy said.

Setting an example for young players will help establish a respectful relationship and teach them how to treat people. It’s essential for coaches to build character in their players.

“They’ll realize that wins and the losses aren’t nearly as important as what we’ve instilled in them and what they carry on with their wife, their family, their kids, their job, society – to make the world a better place.”

Those are only two roles associated with being the head coach. Samuels came up with a few more unusual titles that coaches inherit. Here's a sampling, with excerpts from the Football Scoop article:

Event planner
Once you’re in the head coaches' chair, nailing down your schedule while planning around baseball and basketball events, family vacations, time dedicated to your own family, and a host of other distractions is a huge undertaking. Taking that information and making sure it makes it into the right hands so kids have no excuses to miss stuff becomes the next big issue.

Fireman
No, not a red suit and hat kind of fireman, just in the sense of you’re going to have to put out fires daily, and often more than one daily.

Public relations expert
This will come in handy, not only when talking to the local media, but also in your interactions with those in the community. Knowing what to say and do, and HOW and WHEN to say and do those things can alleviate a lot of issues. Also, knowing how to lay some groundwork with influential community members can be a huge asset as well.