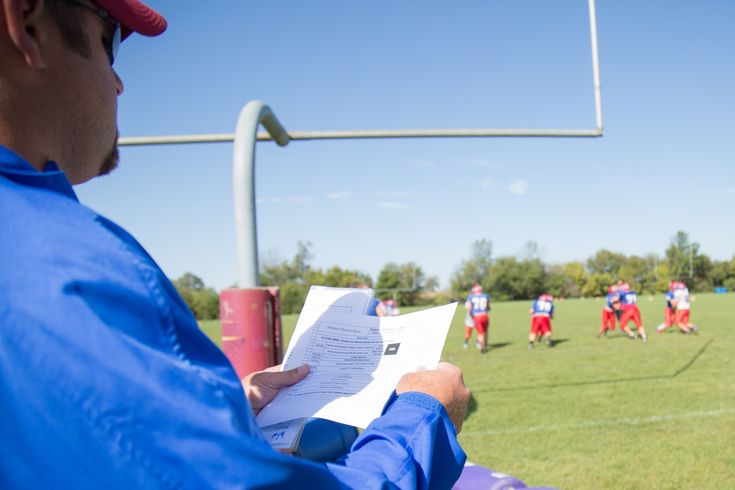 When I was a young pup, my father sat me down on his lap and imparted wisdom that has stuck with me to this day. He said, “Son, there are three things in life that you need to always protect: your dignity, your family and your slant routes.” Wow, what inspirational words. I love you, Dad.

OK, so my dad didn’t actually say that, but I’m trying to create an authentic origin story about how you should protect your slant routes by pairing them with a run concept to create an RPO.

A few years ago, I watched this video compilation of all the interception returns for touchdowns in college football. The sheer amount of pick 6’s on variations of double slant concepts was incredible.

As a stupid, risk-averse offensive coach, I decided that double slants would no longer be in my playbook, and you couldn’t convince me otherwise. My life went on without double slants. I was married twice, divorced once, had two kids by two different mothers, saw Celine Dion’s show in Las Vegas. I was OK, but I yearned for something more. I needed double slants back in my life.

The funny thing is that my favorite play of all time is “Henne to Manningham,” Michigan’s walkoff winner against Penn State in 2005. Chad Henne hits Mario Manningham in the back of the end zone on a variation of double slants. I wanted that play back in my book, but I didn’t want to throw interceptions.

I was stuck between two worlds until I remembered the words of my fictional father, “protect your slants.”

Generally, the most dangerous defenders when you run slants are the players who are inside the slant route. Certainly, the coverage defender who’s on top of the slant receiver can make a play on the ball, but the guys who will pick the ball off and break your heart are the sharks who are patrolling the middle of the field.

By putting the ball down into the gut of your running back, you give yourself the ability to control the movement of these defenders. You can slow them down enough, since most of the guys are taught to play the run first, that they won’t wreak havoc by getting underneath your route.

For me, the coaching point has always been that we are reading the defender inside of the most inside slant. It doesn’t matter what position that player plays. It could be a safety, the nickel, a linebacker … whoever.

The simplest example is from a single receiver slant to the weak side where you’d end up reading the Will linebacker. 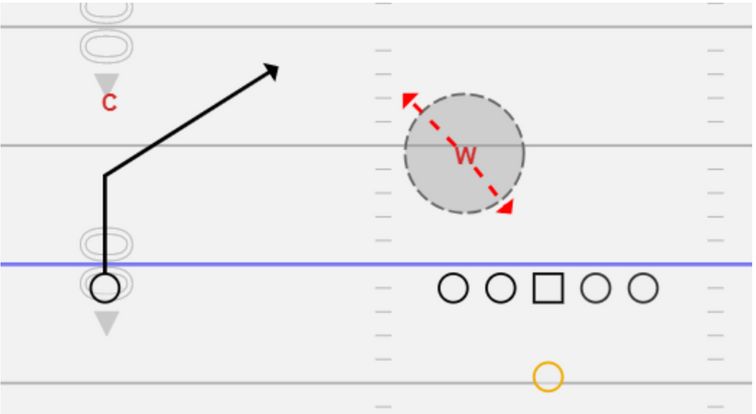 Then you can move to two receivers, to three and even into quads.

This video is from Canada, where they play 12-on-12, but you could technically go unbalanced and still run this concept. The point is that you keep the read simple for your quarterback by reading the defender inside the slant.

If you add a flat route to your concept, like an in classic “arrow” concept or in trips concept like “Henne to Manningham,” the read doesn’t change for your quarterback. He is still reading the first defender inside the slant.

That defender might not necessarily be a run/pass conflicted defender, but my theory is that if we can throw a slant into an open window, we’d rather do that than run the ball.

I’ve also enjoyed seeing teams tinker with the slant angle. Oklahoma State runs a slant/flat concept where the slant is deeper than a regular slant, but not quite as deep as you’d call a post. It’s nice.

The receiver is running five steps before breaking inside. It’s two steps longer than the classic three-step slant. If you can find ways to get the ball into your receivers’ hands deeper down the field, you’ll create more explosive plays.

The read for the quarterback ends up being pretty consistent concept to concept. Certainly, you don’t need to RPO all your slant routes, but doing so allows you to control the player who’s most likely to mess you up, and that’s not a bad thing.