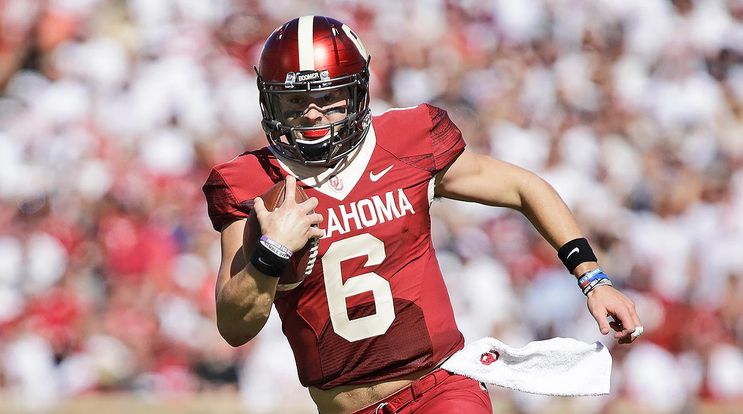 Lincoln Riley’s prolific Oklahoma offense has caught the eye of the NFL. Sports Illustrated reported that NFL coaches are lining up to talk to him about some of his concepts so that they could steal and borrow them for their own playbooks.

Previously, we’ve reviewed Lincoln Riley’s pop pass series and outside zone midline option. In this article, we’ll be looking at his bootleg smash concept. Oklahoma’s offense has air raid roots, but it also features a strong run game and isn’t dependent on RPOs, like a lot of the spread offenses in college football. Instead, the Sooners rely on a creative play-action game, which could be a reason why the NFL has so much interest in Riley’s offense.

It’s not easy to create a strong play-action game from the shotgun because running backs aren’t running downhill as hard toward the line of scrimmage and the quarterback typically doesn’t turn his back toward the defense to hide the ball.

Deceiving the backside for bootleg plays is especially difficult out of the shotgun because the quarterback is facing the end when making his move and because the end is trained to stay home in case of the zone read.

For these reasons, Riley doesn’t just depend on deception to get his quarterback outside the pocket on a boot. 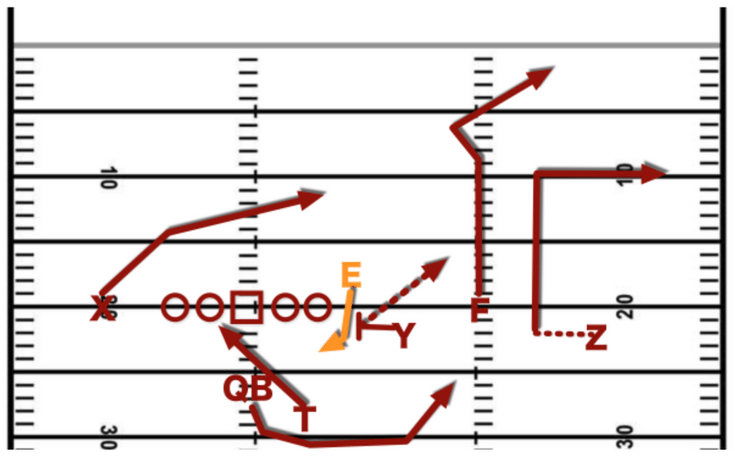 The No. 3 receiver is off the ball so he can get a better angle to block the end. It’s important to note the No. 3 receiver cannot get upfield because he has to either go horizontal or backward to make the block. After he gets a piece of the end, he runs into the flats and is the quarterback’s third read.

Typically, on bootleg passes, the flat is always the first read, but in this concept, the first read is the deep post corner by the No. 2 receiver. The second read is out route by the No. 1 receiver. Finally, the quarterback could check the ball down to the flat if nothing is open.

Here, the tight end (No. 84) does a great job of making his block despite the Ohio State end flying upfield. He had to take an angle backward and just gets enough of him to allow quarterback Baker Mayfield to get outside.

Mayfield’s first read was open, so he unleashed a beautiful pass to the corner while on the run.

On this play, the Ohio State defense appears to be in quarters coverage. The cornerback sat back to defend the corner route, so Mayfield made the correct decision by throwing the out route.

On the first play in this article, the end flew upfield, which is extremely dangerous for the offense because he could potentially blow the play up for a big loss. If Riley sees this, he could call his fake boot concept.

Mayfield fakes a run toward the right. Two offensive linemen pull that direction to sell the fake even further. Mayfield pulled the ball from the running back’s belly, instead of booting toward the right. He only took a few steps for stopping and setting his feet. The defensive end was wide and upfield, so the fullback was able to block him outside, which created the pocket for Mayfield.

The tight end (No. 80) on the right faked like he was going to run an over route to the left, but flipped around toward the right.

Both of these concepts are excellent examples of how to manufacture a play-action game out of the gun. They also work in unison together as the second play (fake boot) provides an as answer against pesky defensive ends.