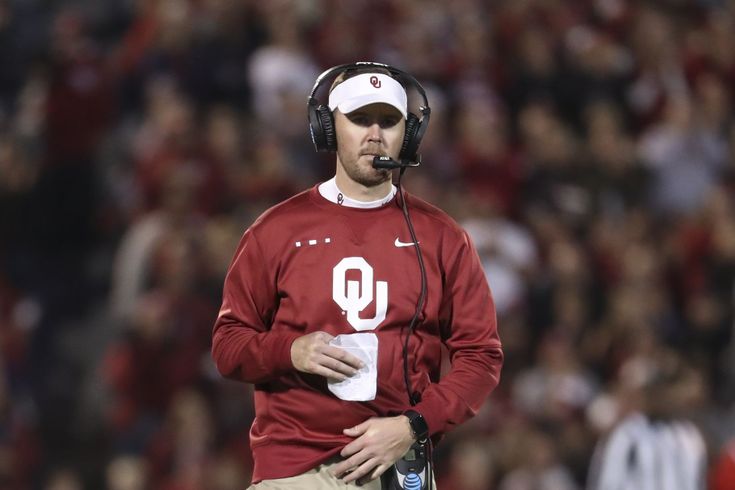 Lincoln Riley’s offense at Oklahoma made waves primarily with its passing game that featured the talents of the 2018 No. 1 pick in the NFL Draft, Baker Mayfield, but don’t forget about the powerful Oklahoma ground game. The Sooners rushed for a whopping 3,049 yards. Additionally, the threat of the running game opened up explosive play-action plays.

One of their best and most frequently used run concepts is the counter play. First, let’s define what counter means to me, because different coaches may define it differently. I view the counter independently of what happens in the backfield. For me, a counter involves the playside of the line down blocking and the backside guard pulling and kicking out the end, and either a backside tackle or skill player (H-back or fullback) leading up to the playside linebacker.

Disagree with it if you will, but let’s just stick to that definition for the sake of simplicity for this article, in which we will explore all the different ways Riley runs the counter play. 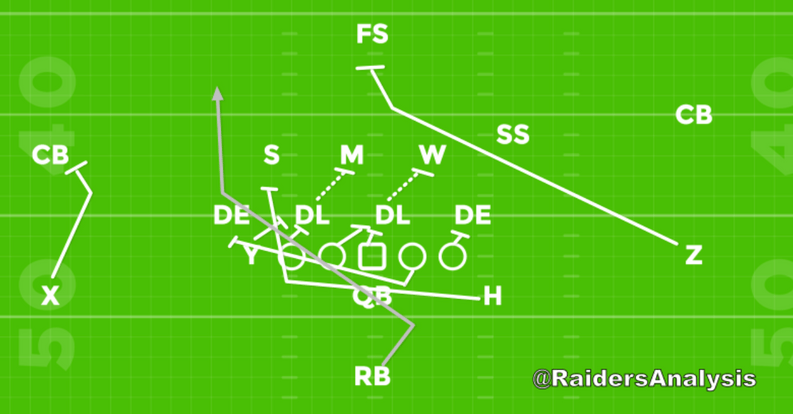 Having a quarterback who is athletic enough but physical enough to run inside gave the Oklahoma offense a unique threat. Mayfield wasn’t Cam Newton by any stretch of the imagination, but defenses had to account for his ability to run.

Oklahoma’s bash counter concept made him the primary runner on the play.

The backside guard and tackle pulled, which left no one to block the end. The running back ran a sweep toward the unblocked end while Mayfield read him. If the end chased the running back, Mayfield would have kept the ball, followed his tackle and ran the counter play.

The end squeezed down with the tackle pull, which took him out of position to defend the sweep, so Mayfield made the correct decision by handing the ball off. A nice touch to the play was the backside tight end and wing arc-releases outside and running back lead to block for the sweep.

Though Mayfield is a capable runner, he isn’t as explosive as a running back. So snapping the ball directly to the running back and using him as the primary option on the run play has its advantages. Offensive coaches like to get into wildcat formations with running backs as quarterbacks for this reason. However, defenses know that running backs typically can’t pass and will load up for the run with their “wildcat checks” if they see offenses get into it before the snap.

By lining up regularly with Mayfield behind center, the Oklahoma offense doesn’t give anything away to the defense. The opponent has to align in its regular defense and can’t sell out to defend the run because of Mayfield’s ability as a passer.

Of course Riley also likes to attach pass options to his counter to make them RPOs.

Here, the Z on the playside got put in fly motion to the backside of the play. He took a flat path across the formation. Mayfield snapped the ball right as he got the tackle so the Z also presented a threat to get the ball on a sweep. This action helped to hold the backside defender, as both the guard and tackle pull toward the frontside.

This is a post-snap RPO — meaning Mayfield is reading a “conflict” defender after the ball is snapped for his decision. The defense is in quarters and seems to be spinning its safeties down on motion. Mayfield read the safety to the left of the formation. Since he stepped up toward the run and put himself at a disadvantageous position to defend the bubble screen, Mayfield made the right decision by throwing the ball to the Z, who outflanked the defense for a nice gain.

This play is essentially the same play as the one above, but out of a different formation. Instead of the Z going into fly motion to become the bubble option, the H-back lined up in the backfield “tear” motioned toward the two-receiver side.

No defenders moved outside of the box with the motion. The apexed defender stepped outside, but he was accounted for by the slot receiver who blocked him. Once again, Mayfield made the correct decision by quickly throwing the ball to the bubble screen.

Run option plays and RPOs help to account for extra defenders in the box, but sometimes you just have to go old-school and block those extra defenders.

Oklahoma will also line up with two backs in the backfield and have one of those backs lead-block toward an overhang defender. With the pulling guard and tackle, this gives the running back three lead blockers toward the playside.

Riley loves to pull linemen on his play-action passes. It’s hard for second-level players to read play-action passes when they see those big bodies pull upfront. Riley also has a nifty double-pass trick play that he runs off counter trey action.

First, Mayfield fakes the ball to the back while the pulling guard and tackle add to the illusion. The H-back faked like he was going to block for the perimeter screen to the X receiver but continued on a path towards the sideline. Mayfield threw the ball to the X, who took three steps backward to ensure he was behind the line of scrimmage and had room to the throw the ball.

The slot receiver blocked for the X, but did so much less aggressively than he would on a real screen. The slot shuffled over and his block more closely resembled a pass set than a stalk block. The safety on the playside was fooled and ran up on the screen, leaving nobody deep to cover the H-back.

Simply, the counter play is tough to defend because of the blockers that offense could potentially get on one side. Riley’s creative tweaks to the play makes it tougher for defenses to load up against it. Additionally, the play-action passes and trick plays he has with counter actions keep defenses honest and gives the Sooners a way to punish defenses that want to fast flow toward the counter.