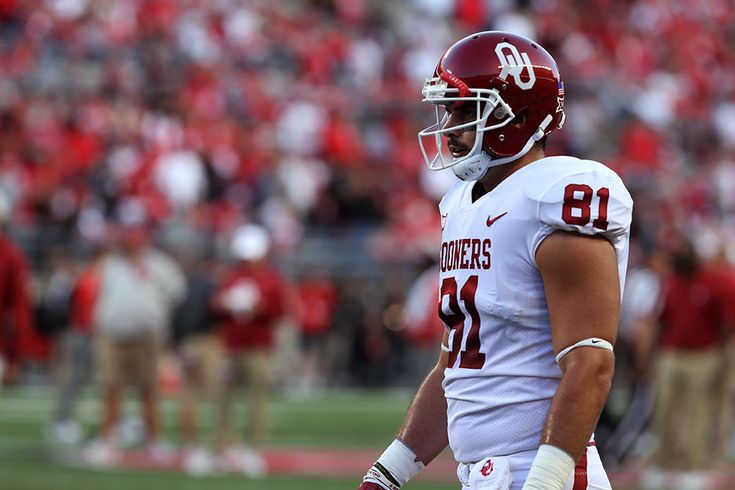 Inside linebackers have difficult jobs. The nature of their responsibilities contradict each each other. On one hand, they have to come toward the line of scrimmage with force to stop the run. On the other hand, they are usually responsible for the short to intermediate middle of the field, which is also the easiest place to complete a pass for quarterbacks if they have a throwing window.

The pop pass is a play that is typically used in the lower levels of football to take advantage of these conflicted inside linebackers. The play is a little different than a play-action because it’s a quick-hitting play. The quarterback sells a play fake to get a linebacker to step up and then immediately throws a pass in the short seam before that linebacker can recover.

Oklahoma coach Lincoln Riley is one of the most innovative offensive coaches in football, but the pop pass, which is considered sort of an old-school concept, is a big part of his offense.

The classic pop pass is executed from under center with an attached tight end. The quarterback would turn his back to the defense and fake a handoff and quickly turn around to get the ball to the tight end in the space between the linebacker and the safety.

Riley adds a little spice to his classic pop pass with a fake fly sweep before the fake handoff to the back. Also, because this play is executed near the goal line, the safety is playing much closer and has the tight end in man-to-man coverage. However, he is supposed to get inside help from the linebacker. The quick play action pass pulled the linebacker toward the line of scrimmage and essentially took him out of the play.

The tight end, Mark Andrews, also did a good job of adjusting his route against man coverage. Against zone, he could just release and find space in the dead space in the zone, but since it was man coverage, Andrews took a wider release to widen out the safety before making a sudden cut inside to create separation from the safety.

Quarterback Baker Mayfield did an excellent job of quickly getting his head around, getting his feet set, and throwing the ball with anticipation and accuracy to Andrews.

Here, the pop pass is run out of a 3 x 1 shotgun formation with Andrews detached from the line of scrimmage.

Play action passes usually aren’t as effective out of shotgun because the running back isn’t running downhill with as much speed as he would if the quarterback was under center. To make up for this missing element of deception, Riley has the backside guard pull to mess with the linebacker read.

In the clip, the pulling guard and play fake to the back gets the linebacker to step up. Notice how Mayfield doesn’t take a drop after the play fake. His back foot hits the ground to line up with the pass and he immediately gets ready to throw the ball.

Similarly to first pop pass in this article, this pop pass also includes a fly motion. This time, the fly motion widened out the safety and outside linebacker, which creates even more space for the tight end. Once again, the play fake pulls up the inside linebacker and Andrew sneaks in the dead zone for a huge play.

The offensive line clearly pass-blocks and makes no effort to get to the second level, which is evidence this play isn’t an RPO. Riley doesn’t rely on RPOs as much as some of his spread offense contemporaries. The line does get horizontal movement that simulates run action, though. The backside end is left unlocked because Mayfield is supposed to get rid of the ball before the end has a chance to get him.

Riley also runs pop passes from two back sets with the H-back running into the short seam from the backfield.

Check out the funky protection scheme. The line movement helps to sell the fake. Good quick feet by Mayfield. Shuffled with the RB and snaps to quickly throw the pop. pic.twitter.com/6duLKfiqtE

On this play, the H-back acts as a lead blocker for the backer before “popping” into the dead area behind the inside linebacker, who bites up on the play action. The protection scheme is interesting the because the center pulls to add to the illusion of the fake, while the backside guard looks like he is hinging on the A-gap before pass-setting.

One interesting note is that whenever the Oklahoma offenses has the pop pass on the frontside of the play fake, Riley includes a pulling center. So the playside linebacker gets the illusion of a pulling linemen and the run fake going toward him. If the offense has a seam on the backside of the run fake, there is always a fly motion. So the backside linebacker gets the illusion of a fly sweep and a run away from them.