How the Kansas City Chiefs utilize their trips offense 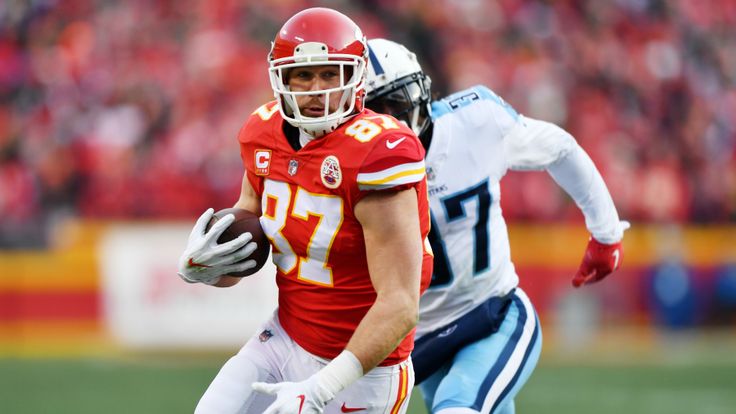 The trips formation is a big part of the Kansas City Chiefs offense. On a few occasions in 2017, the Chiefs called a variation of trips in excess of 15 times a game.

Andy Reid, offensive coordinator Matt Nagy and Co. used this formation to isolate their All-Pro tight end, Travis Kelce, on the inside of the formation. With receivers spread out from sideline to sideline, Kelce is afforded an abundance of space with a two-way go on any release he takes, without having to worry about the sideline as an added defender.

Opposing defensive coordinators were well aware of the threat that Kelce posed from that alignment, often using extra defenders to bracket him. When faced with this game plan, the Chiefs used a variation of the 3-man levels concept. The base play is diagrammed below. 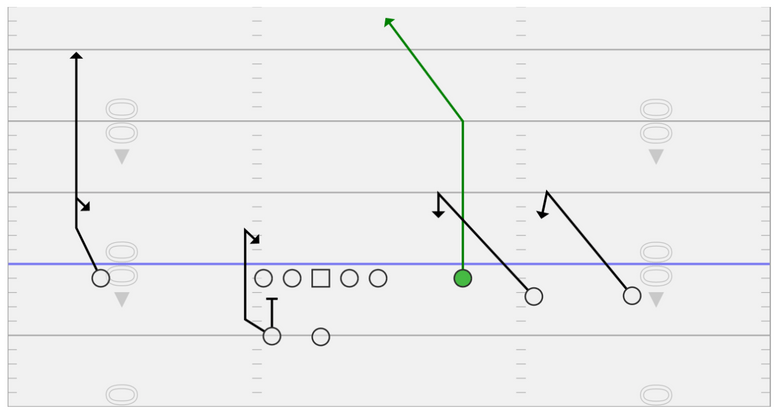 When calling the levels concept, many coaches teach their quarterbacks to throw to the trips side against two high safeties. This adage does not hold up against modern defenses, and offenses must adjust. 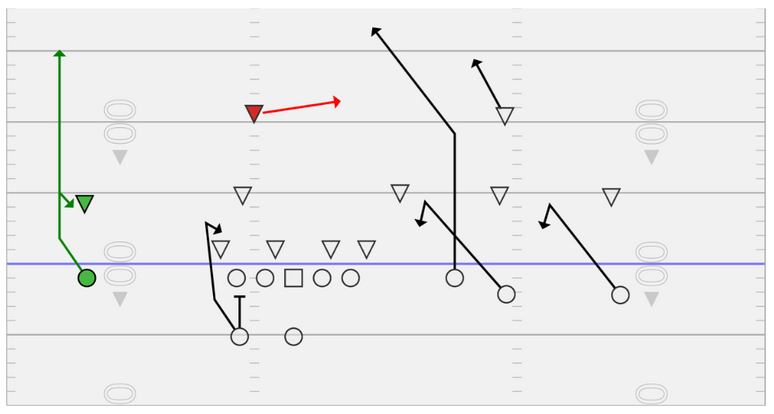 Chiefs quarterback Alex Smith correctly diagnosed this coverage in 2017. The following video shows a few clips where Smith quickly locates his single receiver after realizing the post route is bracketed.

Alex Smith identifies the safety to the single receiver as playing low to help on any crossing routes. He sets his feet and takes the 1-on-1 matchup with Tyreek Hill.

The same principles apply when the defense plays with a single-high safety. The receiver to away from trips has a 1-on-1 matchup.

In this clip against the Dallas Cowboys, notice how Smith keeps his eyes on the boundary safety as he drops back. The safety’s movement keys where he will throw the ball. When he sees the safety get over the top of the single receiver, he knows he has a 2-on-1 with the middle linebacker to the trips side of the field.

The Chiefs free release their running back to make the play look like their often-used slant-flat combination. The corner takes the bait, and the Chiefs get a big play.

The trips formation is a good way to simplify reads for the quarterback. In this case with the Chiefs’ version of “Levels,” the single receiver is the target unless he is double-teamed. If he gets double-teamed, the offense has an advantage over the middle of the field with a 2-on-1.