How the backside drag hand in outside zone benefits offensive linemen 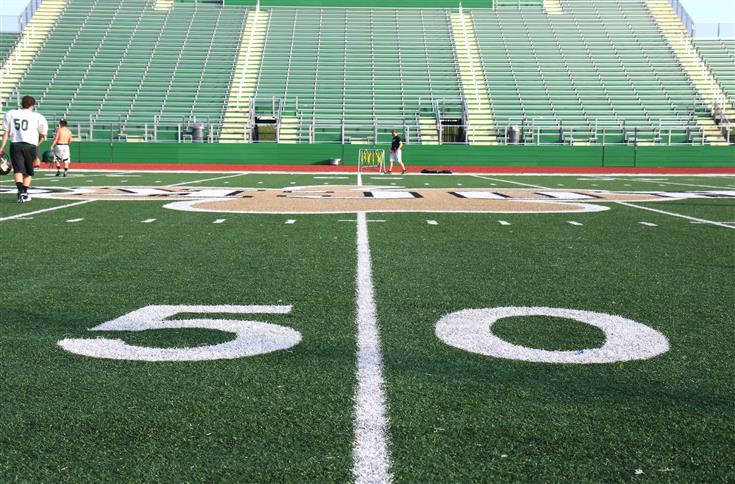 Different variations of how to use the backside hand in outside zone blocking has been heavily taught by the likes of Texas offensive line coach Herb Hand, former Broncos OL coach Alex Gibbs, and Redskins OL coach Bill Callahan, to name a few.

The covered frontside blockers in outside zone are tasked with either working around their man for a reach block, or using their backside hand to “drag” the defender to widen him and create lateral displacement. This also will clean up the read for the runner by ensuring the defender doesn’t spike inside, which Gibbs mentions is a common goal of defensive linemen when they are getting stretched horizontally:

“As defenders work, they constantly peek at the ball,” Gibbs said. “When the ball approaches them, they slow down and try to throw the offensive blocker outside and react back inside to the ball.”

When a lineman is going for a drag instead of a reach, Coach Hand teaches that the inside hand needs to initially fit onto the “backside peck of the defender” in order to protect against inside penetration.

This next clip showcases Tampa Bay Buccaneers center Ali Marpet executing an excellent drag hand technique on an outside zone run, only this time against a head up 0-technique nose tackle who attempts to cheat inside, like Gibbs previously mentioned.

Notice how Marpet’s inside hand placement acts as a lever to help him “feel” the nose tackle try to undercut his block. This allows him to slow down enough to catch the nose tackle, complete the reach, and seal off an alley for the runner:

This technique also is a great way for blockers to generate torque from the ground up using their inside hand, elbow, and core to produce rotational force.

Here is a perfect example of the backside drag hand in an outside zone run from Chicago Bears right guard Kyle Long:

Utilizing a heavy backside hand when a defender fights to maintain outside leverage on an attempted reach block is a key aspect of this technique. When a defender wants to work to keep outside leverage, the drag hand can “churn” to create torque, knocking the defender farther outside than he intends to go, effectively using his momentum against himself.

Baltimore Ravens center Ryan Jensen provides another outstanding illustration of what proper placement and backside hand use can do on an outside zone run when unable to complete a reach block.

RELATED CONTENT: New Season, New System: How USA Football Contact System and Focus 3 can take your program to the next level

Jensen’s initial hand placement on the inside pectoral muscle of the defender is the catalyst that gets the defender farther outside of his gap than he intended to go, resulting in a well-defined read for the runner off his backside.

This is a good example of what a heavy inside hand can do for the offense’s success in the zone running game:

Next, we go to Dallas to watch Cowboys center Travis Frederick accomplish this same technique against elite competition in Minnesota Vikings nose tackle Linval Joseph. This viewpoint gives us a great angle of what ideal hand placement looks like, and what it can do when players use proper pad level and leverage to rotate and torque defenders off their feet.

There are many ways for blockers to succeed when blocking on the frontside of outside zone, with the backside drag hand serving as a valuable tool in accomplishing the task at hand, which is ultimately lateral displacement of the defender. It also acts as a safeguard to prevent inside penetration, making life much easier on the runner to work through his reads without double-cutting or hesitating.