The importance of vision and process within a football program 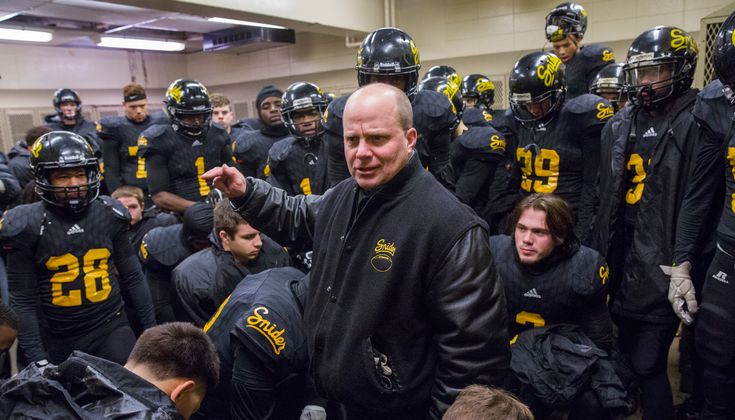 In a previous article, I outlined the importance of developing the mindset of your players and all the good that can come as a result. This piece will focus more on the mindset which lends itself toward success. If you haven't read the other article, I'd recommend that first before this one.

In the aforementioned piece, I showed the pyramid of success that I developed for my position group:

At the top of the pyramid is, “Be a Champion!” The primary idea of this, which I touched on in the previous article, is that success is attainable by anyone, because it's all about making the effort to be the best you can, and that people can become successful by developing a championship-level mentality that applies to everything they do. I believe this champion’s mindset starts with two things: vision and process. Success is virtually unattainable without them.

Success starts with a person’s vision for the future. Without vision, one has no aim. The story of Roger Bannister illustrates this. In the early 20th century, people thought it was physically impossible to run a mile in less than four minutes. Doctors believed running that fast for that long would put too much stress on the heart, and that anyone who did it would die. In 1952, Bannister, already an Olympic-caliber distance runner, decided he'd break that mark. After two years of training, he ran it in 3 minutes, 59 seconds. Over the next five years, 21 runners succeeded in breaking the four-minute barrier.

Henry Ford said, "Whether you think you can or think you can’t, you’re right.” Before 1952, nobody believed running a mile that fast was possible, so no one set it as a goal. Because no one had it in their vision, no one obtained it. After Bannister achieved his vision, others began to see it as possible, and included it in their vision. As a result, the number  of successful sub-four-minute runners skyrocketed.

Clemson coach Dabo Swinney once said, "An overachiever is an over believer.” People rarely achieve goals they don't set, but success doesn't only require setting a vision for the future. As basketball legend John Wooden said, success is about being your best. In order to be at one’s best, they must set difficult goals for that stretch them to be at their best. Michelangelo stated, "The greater danger for most of us lies not in setting our aim too high and falling short, but in setting our aim too low, and achieving our mark.”

Setting the vision is the easy part. Many teams envision themselves winning championships. The difference between those who do and those who don’t is their ability to focus on the process.

The process is the day-to-day, hour-to-hour, minute-to-minute choices we make every day. In reality, we don't control our results, but we do control the choices we make, ie: our process. If one continually chooses to be at their best, then based on Wooden’s definition of success, that person is already successful.

Hall of Fame San Francisco 49ers coach Bill Walsh frequently said, "The score takes care of itself,” if you focus on the process. This is because we're in complete control of our process. The more one focuses on what they can't control, the less control they actually have over the things they can control. Paradoxically, the less one focuses on the result (after they set their vision), the greater chance they have to achieve that result if they instead focus their energy on the process of obtaining the desired result.

Jim Collins, who's spent decades researching why great companies succeed and others don’t, observed, "Greatness is not a function of circumstance. Greatness, it turns out, is largely a matter of conscious choice, and discipline.” People who realize their future is created by their choices realize the results they experience are linked to their preparation. Sun Tzu said, "Every battle is won before it’s ever fought.” One of the mantras of the Navy SEALs is, "You don’t rise to the occasion, you sink to the level of your preparation.” If one can focus on the process of being their best in the moment, they're able to prepare to the best of their abilities.

Being process-oriented also allows people to be both resilient and relentless. If one is process-oriented, their previous results don't matter. It means giving full effort on every play regardless of what the scoreboard says. It means giving full effort in every moment of life regardless of life’s events. This allows one to continue through hard times, while not getting complacent during good ones.

Vision and process go hand-in-hand. Without vision, or without goals, there's no process to get there. Without the ability to focus on the process, vision is reduced to an empty dream. It takes self-discipline and mental toughness to adhere to the process. Focusing on one’s vision over current feelings or circumstances makes you remain disciplined and mentally tough.

In my last article, I mentioned Viktor Frankl’s statement that a person can endure, and "how," if they have a big enough "why." The "why" is your vision that allows you to endure the "how," or the process. In order to be successful, both vision and process are required.