How the Philadelphia Eagles have utilized the Mesh concept 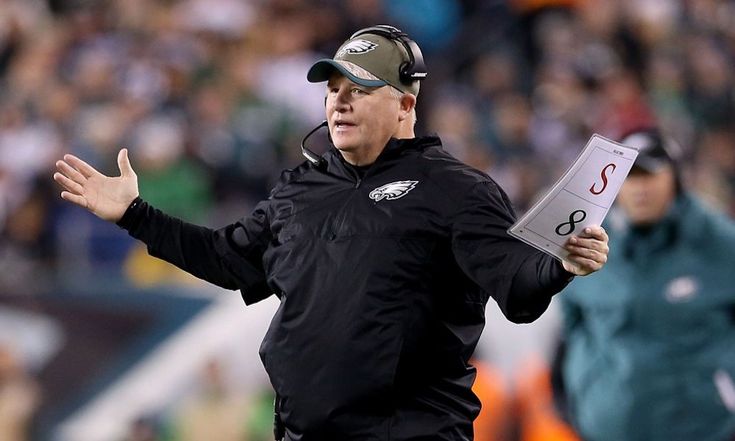 Chip Kelly no longer coaches the Philadelphia Eagles, but he brought the mesh concept back to their offense, and the Eagles used it to help them win the Super Bowl in February. (Photo via ftw.usatoday.com)

Throughout the Chip Kelly era in Philadelphia, the Eagles frequently utilized a mesh concept that a good chunk of the NFL now uses, too. Kelly and Pat Shurmur, the Eagles’ offensive coordinator at the time, revived an old concept that Mike Martz and the St. Louis Rams of the late 90s and early 2000s also used. Below is a diagram of this mesh concept from the Rams’ 2001 playbook:

Here is a diagram of how the Eagles ran this concept: 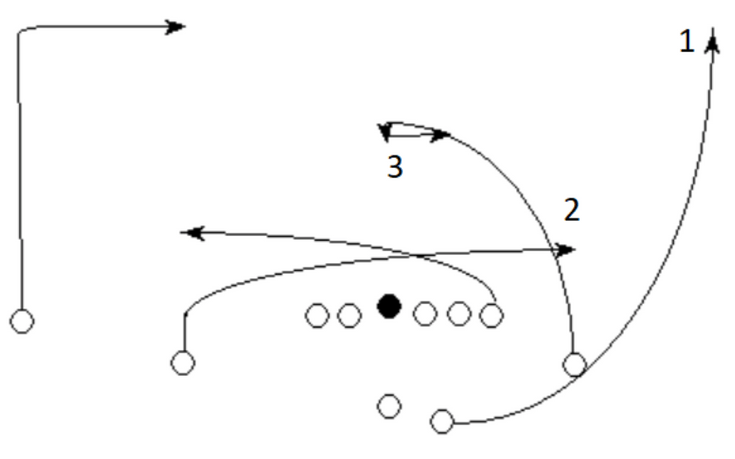 The shallow cross running toward the wheel side would always be the “under” route, meaning he would run underneath the mesh set by the tight end running the “over” shallow. This is because the wheel route is helping to clear space for the shallow to that side so the offense would rather have that shallow freed up with a rub against man coverage.

If possible, the two crossers would attempt to low-five to ensure that there was no space between them for a defender to squeeze through. The Eagles utilized a pure progression read with this concept. The quarterback would read No. 1) Wheel, No. 2) Under Shallow, No. 3) Hunt (middle hook by the outside receiver). Technically, the over shallow would be the QB’s fourth option in the progression and the backside dig would be his fifth option, but these routes were almost never thrown.

This concept was best for the Eagles when they were facing man coverage. Their quarterbacks went 26 for 36 for 406 yards with touchdowns and one interception on this play against man coverage. Against man, the offense should have a good chance at getting a slower linebacker matched up against the back on his wheel route out of the backfield. Below is a video of the Eagles getting their running back (LeSean McCoy) matched up against a slower linebacker (Ryan Kerrigan) in man coverage:

If the inside linebacker was in man coverage on the back, he would have to fight through a lot of traffic to get to the back on his wheel. Below is a video of this:

If the defender in man coverage was able to maintain good leverage on the back, the QB would work down to his under shallow, who should be able to be freed up with a rub from the over shallow. Below is a video of this:

In the unlikely scenario that both the wheel and under shallow are taken away, the QB will progress to the hunt route, who will pivot away from man coverage. Here is a video of the QB throwing the hunt route against man coverage:

Although this concept worked best against man coverage, it was still effective against zone coverages. Against both quarters and Cover-3, the outside linebacker or flat defender should carry the wheel route out of the backfield, which will create space for the under shallow. Below is a video of this play against quarters coverage:

Against Cover-3, the flat defender should carry the wheel route, which will give the offense a 2-on-1 on the playside hook defender. Here is a diagram of this: 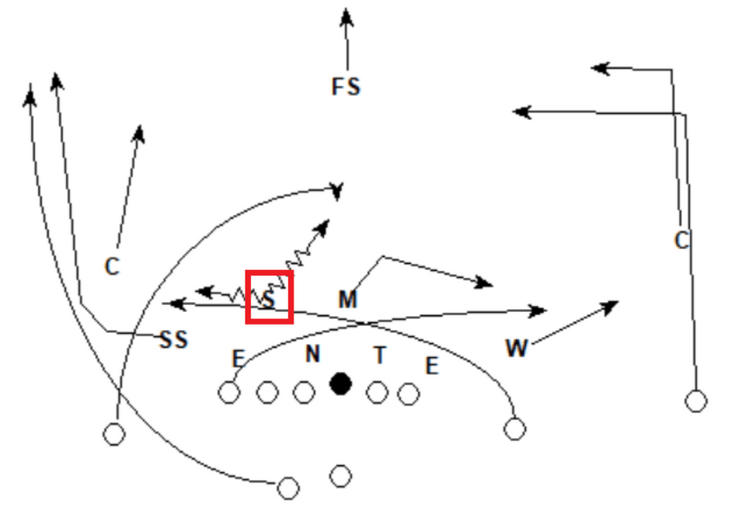 With the strong safety carrying the wheel and the MIKE linebacker driving on the over shallow, the offense will have a 2-on-1 on the SAM with the hunt and under shallow. Here is a video of this:

The SAM drives on the under shallow, which opens up the hunt route behind him for a nice pickup.

If the defense were to bring pressure, the wheel route would provide the quarterback with an immediate hot option. Here is an example of this:

The defense brings boundary pressure, so the QB is able to beat it by throwing quickly to the back shoulder of the back on his wheel route.