How to create explosive passing plays with the Yankee concept 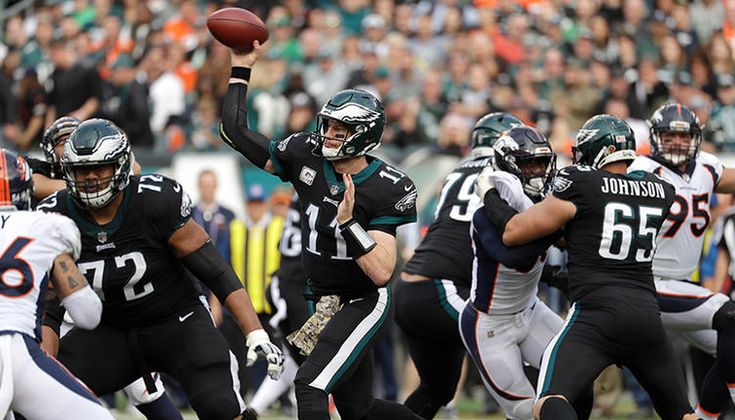 In any given week in the NFL, you'll likely see at least one long touchdown pass on the play-action passing concept known as "Yankee." Here's a diagram of the concept: 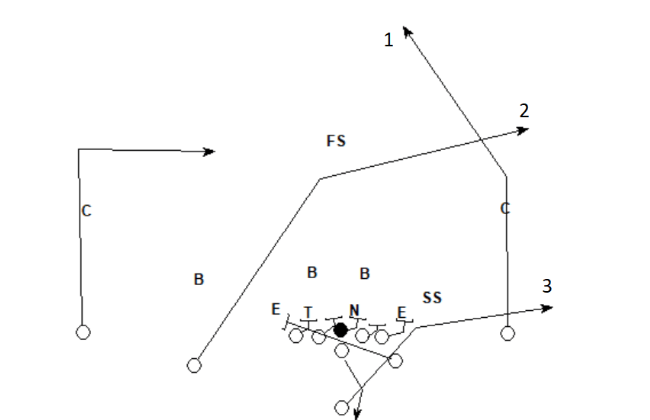 You can run this versatile concept from numerous personnel groupings and formations, but it's usually used as a play-action pass, and always includes a deep skinny post on the frontside of the play, and a deep cross route coming from the backside. The concept usually includes some type of frontside flat control with a back leaking out into the flat. The QB will come off the play-action fake and read, 1. Skinny Post, 2. Deep Cross, 3. Flat.

The concept is best utilized versus single-high safety coverage. The play-action fake can usually force the inside hook defenders to step up, creating space for the deep crossing route. The back leaking out in the flat is usually able to control the flat defender, leaving one defender in position to take away the deep cross: the free safety. The offense puts the free safety in conflict by running a deep skinny post over the top. As you can see in the diagram below, the free safety can either get depth to protect the post or drive on the crossing route, but can't take away both, which usually leaves the offense with one shot down the field at an explosive play. 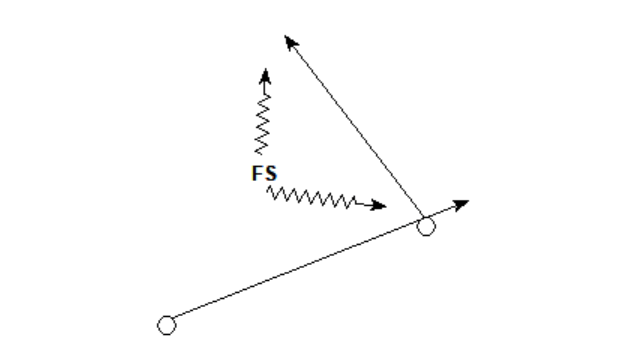 Below is a video of the Philadelphia Eagles running this play from 11 personnel in the shotgun versus a single-high look from the Houston Texans, who start in a two-high look but then spin to a single-high on the snap.

Both inside linebackers step up, which leaves space for the slot receiver (No. 81) working across the field on his deep cross route. The free safety drives on the crossing route, which leaves space for the deep skinny post over the top. The quarterback doesn't necessarily read the free safety, but his progression read from the post to the cross most likely makes that defender incorrect if he makes the right read.

RELATED CONTENT: How the Dallas Cowboys utilize their trips 2-man stack formation in the passing game

Here's a video of the San Francisco 49ers running the Yankee concept from 21 personnel and out of the I-formation versus a single-high look from the New York Giants:

The run-action garners a similar response here from the Giants’ defense, but this time, the free safety gets depth to protect the post, which causes the QB to get off the post and throw the deep cross for a big gain.

This concept is also good versus quarters coverage (Cover 4). Against quarters, the offense almost always throws the deep post. The backside safety is usually in a good position to run with the crossing route, and there usually isn't much space to throw the deep cross route versus quarters, but the frontside safety typically either steps up or at least is held enough by the run-fake to allow the skinny post to get over the top. In quarters, the safeties usually play closer to the line of scrimmage and are the force defenders, so they can be taken advantage of with the play-action pass. Below is a diagram of this concept versus quarters: 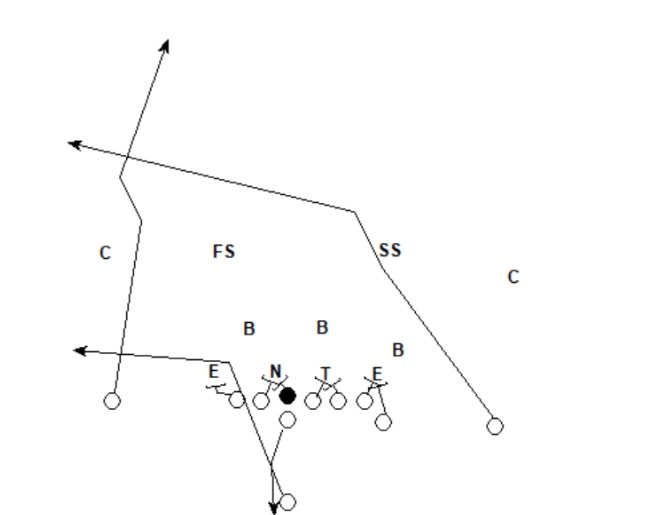 Here's a video of the LA Chargers running it versus quarters coverage from the Eagles:

With the frontside safety (No. 23) playing at a depth of about eight yards, and with his eyes in the backfield, he can't get enough depth to give help to the post, leaving the offense with a 1-on-1 deep shot opportunity. The offense adds a nice wrinkle by having the frontside receiver take an inside stem, before leaning the corner back outside, and then breaking back to the post as the corner starts to lean. The receiver's initial stem gives him leverage to the post, and his lean back outside helps create the separation at the top as he breaks to the post.

As mentioned earlier, this is a very versatile concept that can be used from multiple formations and personnel groups, and many different backfield actions. A popular way to run the Yankee concept in the NFL is out of a fake reverse action, shown below: 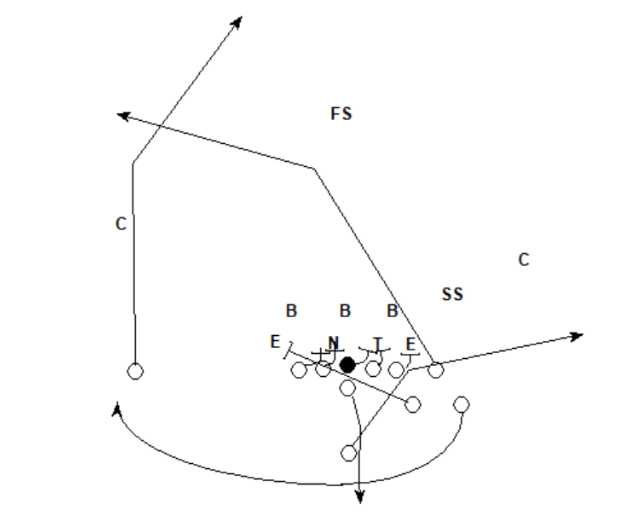 Below is a video of the Washington Redskins throwing the deep post off of this fake reverse action:

Here's a video of the Rams throwing the deep cross with the fake reverse action:

Note how much the defense reacts to the backfield action on both clips, and how much space it creates for the offense to throw downfield.

The Texans also used an interesting variation of the Yankee concept last season against the Seattle Seahawks when they ran it off of triple-option action. Here is a diagram of the play: 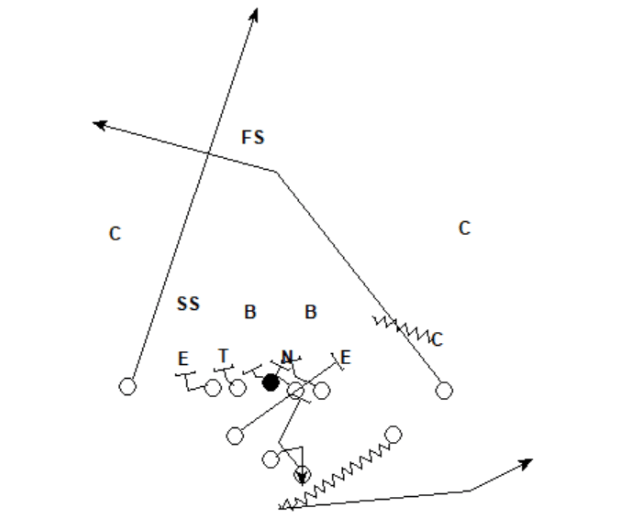 The offense doesn't have any frontside flat control to help open space for the deep cross, but doesn't necessarily need it due to the heavy run-action.

Here is the video of the play:

As was the case with the other clips, the run-action helps create a lot of space for the deep cross, and creates a 2-on-1 for the offense on the free safety with the defense in a single-high look.

The Yankee concept is a great way to create some explosive shot opportunities downfield. Due to its versatility, it's good for almost any style of offense, and can be window-dressed in many different ways to prevent tendencies.