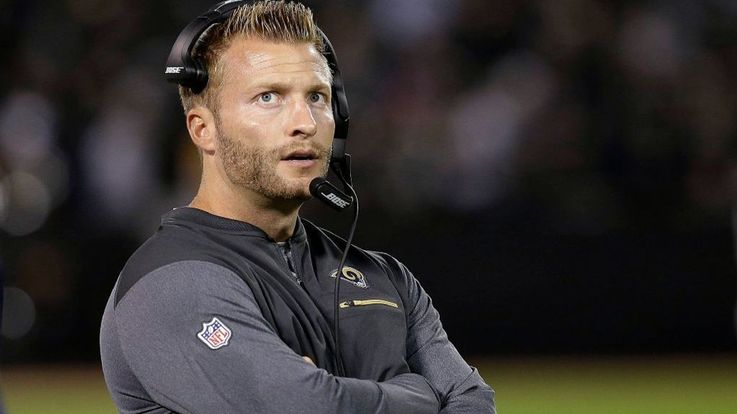 Bunch and stack formations are a staple of Los Angeles Rams coach Sean McVay’s offense. These formations allow him to get free releases for his receivers and create the leverage they need to run their routes.

This article will focus on one particular formation, The trips-2-man-stack. Let’s take a look at three concepts he will call out of this formation.

One of the most important elements of a successful four-vertical play is the timing. When the defense is able to force the quarterback to hold onto the ball for a few extra seconds, they are more likely to get a sack. Getting jams and re-routes on the receivers at the line of scrimmage is a good way to disrupt the offense’s timing.

A good way to keep the timing intact and get free releases on the four-vertical concept is by stacking the No. 2 and No. 3 receivers in trips. Leaving the No. 1 receiver out of the stack will keep the full-field spacing of the play and make it harder for the cornerback to help midpoint any vertical on his side of the field. The play is drawn below: 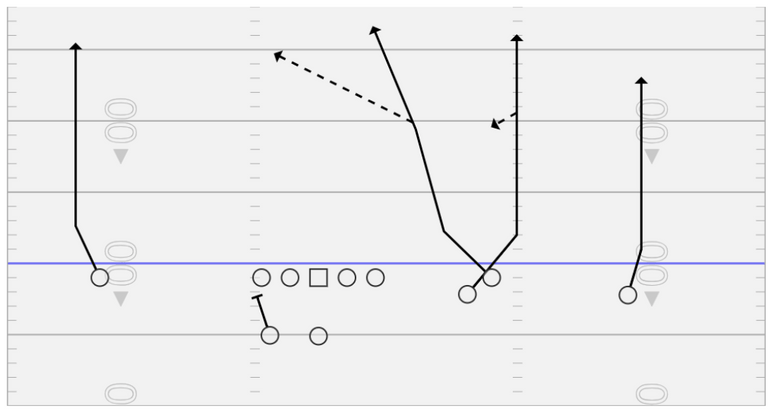 The video below shows an example from McVay’s offense from 2016, when was the Washington Redskins' offensive coordinator.

The stacking and crossing of the slot receivers allows the No. 2 receiver to get up the field quickly. This allows Kirk Cousins to throw the ball early, without any safety or corner help. Man-to-man defenders will have a harder time defending four verticals if you are able to get free releases like this.

The next play is designed to look similar to the four vertical concept. The main difference is the No. 2 receiver will cut out at 10 yards. The play is diagrammed below. 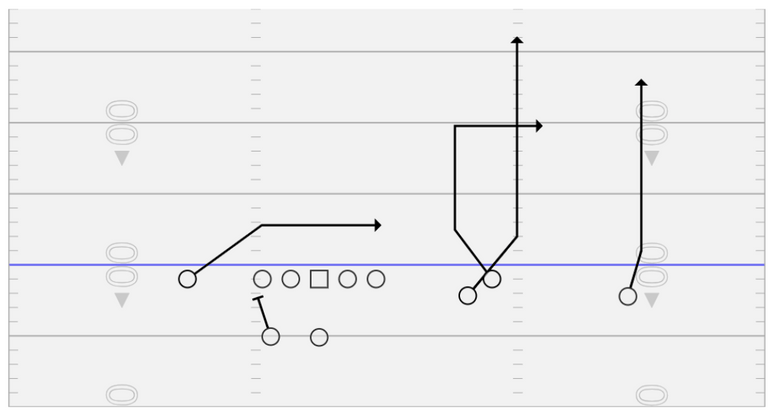 With the free-release and immediate vertical threat, the defense has incentive to turn their hips and run. This clears a lot of space for an out route to fit into. The clip below shows McVay’s 2017 offense converting a key third down with this concept.

The No. 2 receiver’s route is meant to clear out space for the deep route coming from the No. 3 receiver. With the initial releases, this play looks identical to the vertical concept shown above.

Against most single-high safety defenses, the defender guarding the slot vertical will turn and run with him. This leaves a large void for the offense to attack underneath him. IF the No. 3 defender presses his defender vertically with speed, he will have an easy time creating separation when cutting out.

RELATED CONTENT: See how the sluggo-win concept works at the college and pro football levels

The H-Post concept can be used out of countless formations. In a previous article, I discussed how the Dallas Cowboys call a similar version of this concept. 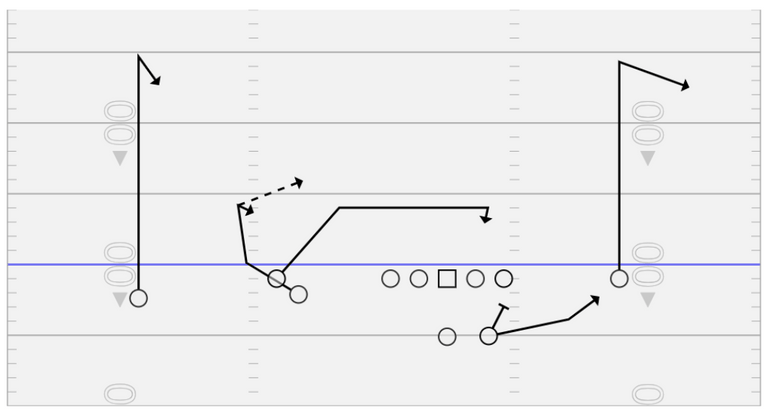 Out of the two-man stack, inside leverage is much easier to obtain for the post route without any inside help. In a more traditional three-man bunch setting, there would be an additional defender on the inside of the formation to help with the post route. Removing one of the receivers to the outside of the formation forces a defender (and possibly a safety) to widen out and cover him. This makes the read much cleaner for the quarterback on this concept.

McVay will give the post route runner the ability to sit down if there is no defender outside of him. With this option, the receiver has the ability to win against any 1-on-1 coverage situation.

This example against the Tennessee Titans shows the concept working against an old-school Cover-3 zone. Theoretically, this coverage should be able to defend the post route with a safety dropped down as an extra hook defender.

The post route runner is not matched off the line of scrimmage, so he sits down in the vacated zone. The flat defender widens to get underneath any hitch or comeback from the No. 1 receiver. The hook defender is occupied with the inside release of the drag route.

McVay has used this formation over the past couple of seasons with a few different concepts. It has been a good way for him to get free releases in the middle of the field, while keeping the reads simple for his quarterbacks.

If you want to learn more about McVay’s passing concepts, Click Here.