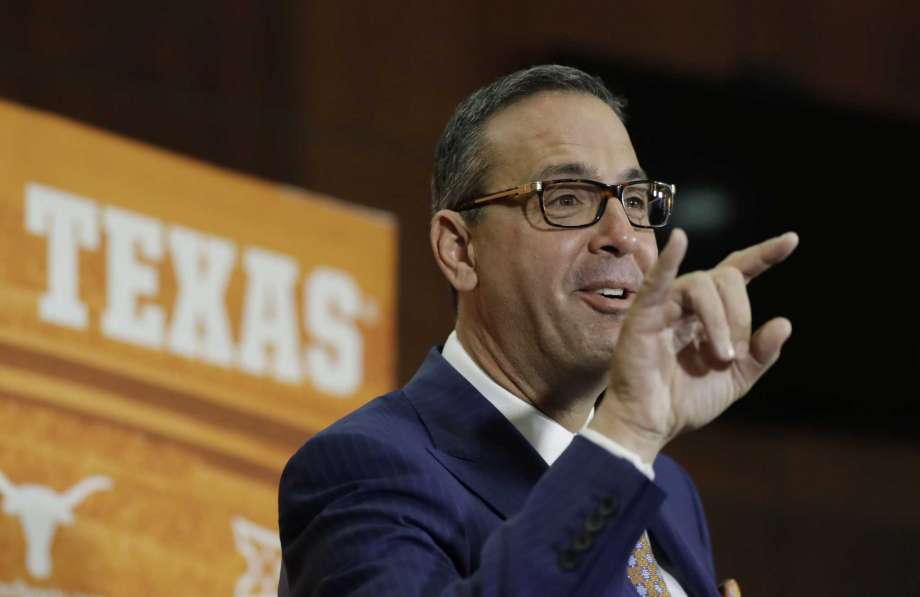 Chris Del Conte, vice president of athletics for the University of Texas, recently joined Athletic Director U’s From the Chair podcast. The series is hosted by University of Tennessee’s former athletic director, Mike Hamilton. Del Conte talks to Hamilton about the importance of coaches in all sports and his strategies in bringing success to the athletic department.

Del Conte just finished his first year with Texas. Previously, he was director of intercollegiate athletics at Texas Christian University since 2009. He’s also served as athletic director at Rice University (2006-09) and director for external operations and sports programs at the University of Arizona (2000-06).

In the beginning of the podcast, Del Conte explains that development and rebuilding of facilities is a crucial part behind his tremendous success in fundraising.

“In the last 10-15, years facilities have become a big part of athletics because we have these aging facilities. You’re not getting money from legislature or the state or public works projects. You’re getting money from donors that have a great passion for their institution and wants to see nothing but the best for it,” Del Conte said. “Our job is to be the wind beneath the wings of the coaches and the student athletes. Our job is to give them the tools they need to win. Development was one of the ways I think we could do that”

While Del Conte was never a coach, he admires their passion and commitment to young people - something he can relate to from his own job.

“It’s that you’re impacting young people. Every day I get to work, I’ve got the very best job. I never got into this job to be an AD. I got in this job to serve young people. It’s giving them the abilities to know that athletics is what they do it’s not who they are,” Del Conte said. “Coaches inspire me. I love coaches. What they have done for me. What they do for young people. They take a child who never thought something was possible to the unimaginable. The unimaginable happens through the eyes of a coach who believes in somebody.

To hear more from Del Conte, you can listen to the full podcast here.