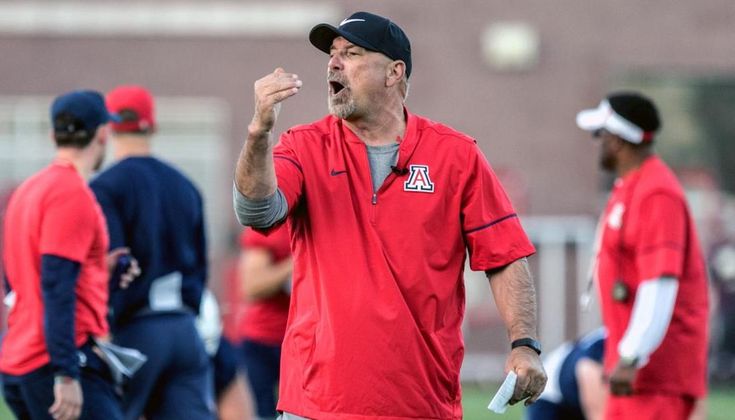 Today’s Coach and Coordinator podcast guest is Noel Mazzone, offensive coordinator and quarterbacks coach at the University of Arizona. This will be Mazzone’s first season at Arizona after two seasons at Texas A&M under new Wildcats head coach Kevin Sumlin. Prior to that, he was the OC at UCLA from 2012-15 and Arizona State from 2010-11. He spent four seasons in the NFL with the New York Jets as a wide receivers coach/consultant, in addition to collegiate stops at Mississippi, NC State, Oregon State, Auburn, Minnesota, TCU and Colorado State.

Mazzone has coached in 12 bowl games with seven different teams. He’s tutored several NFL quarterbacks, including Josh Rosen and Brett Hundley at UCLA, Brock Osweiler at Arizona State and Phillip Rivers at NC State. As a player, Mazzone played quarterback at the University of New Mexico and graduated in 1980.

On today’s show, Mazzone tells host Keith Grabowski how he puts together a game plan, integrates players and coaches in that plan, and playing with tempo.