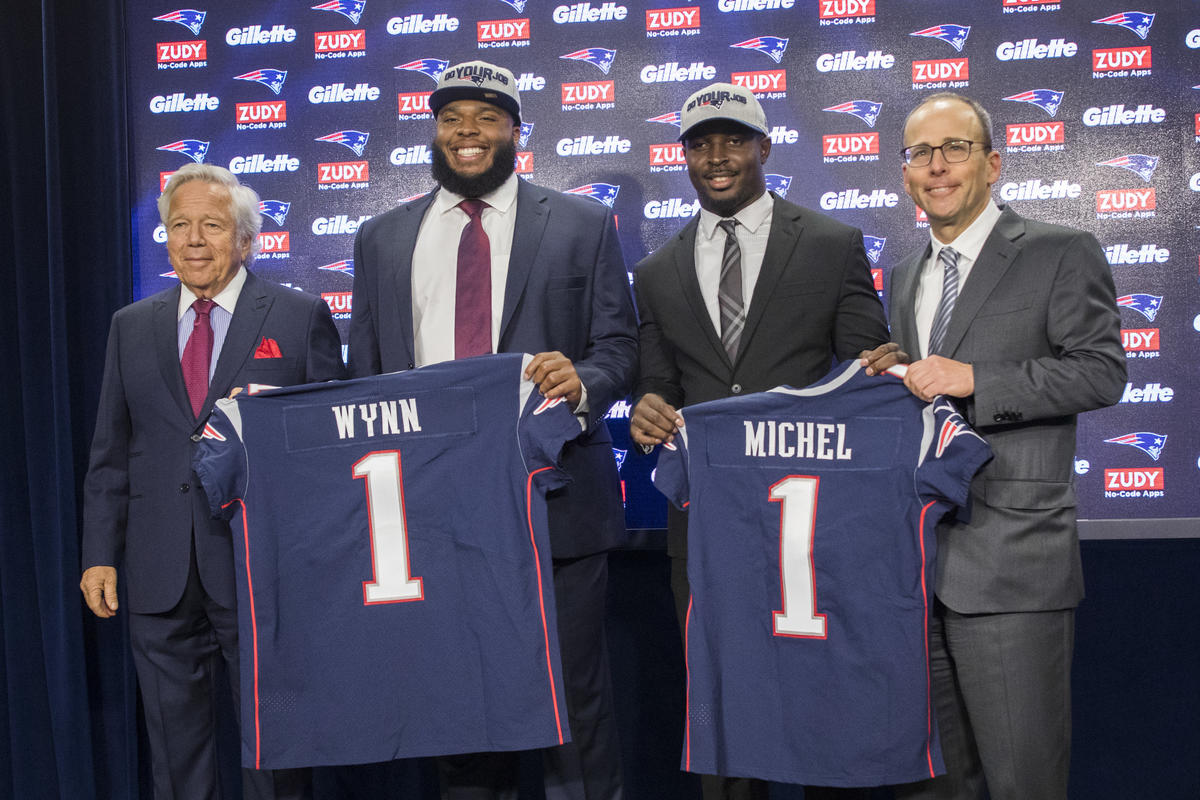 U.S. National Team alum and New England Patriots offensive lineman Isaiah Wynn had all 17,425 sets of eyes on him after Monday night’s practice at Gillette Stadium. He even had Bill Belichick smiling.

After practice concluded, the Patriots rookie took on the challenge of catching a deep punt from Ryan Allen.

Wynn bobbled and dropped his first attempt, with thousands of players and fans letting out a frustrating roar. But Wynn didn’t want to stop there as he raised his hand for one more shot. His teammates, including tight end Rob Gronkowski chanted for a redo.

With Wynn’s 6-foot-2-inch, 310-pound frame, it’s no surprise the crowd and his teammates went wild when he caught the ball.

If at first you don't succeed...

The Pats closed out tonight’s practice by sending rookie OT Isaiah Wynn back deep for a punt. He dropped his first attempt. Here was his second: pic.twitter.com/lX0HM74QyX

Wynn was the 23rd overall pick in the 2018 NFL Draft this year, making him the sixth U.S. National Team player to be drafted in the first round.

Patriots center David Andrews, who played with Wynn at the University of Georgia, wasn’t sure Wynn could live up to the challenge.

“I wasn’t too confident,” Andrews said. “It took him two tries, but he got it done.”

Not only did he impress the entire stadium with his athleticism, but he also earned the team two nights of no curfew, according to defensive tackle Danny Shelton.

Even with his impressive catch, Wynn replied to the Tweet, suggesting he won't try to make a career out of fielding punts.