Opening day jitters are for parents too 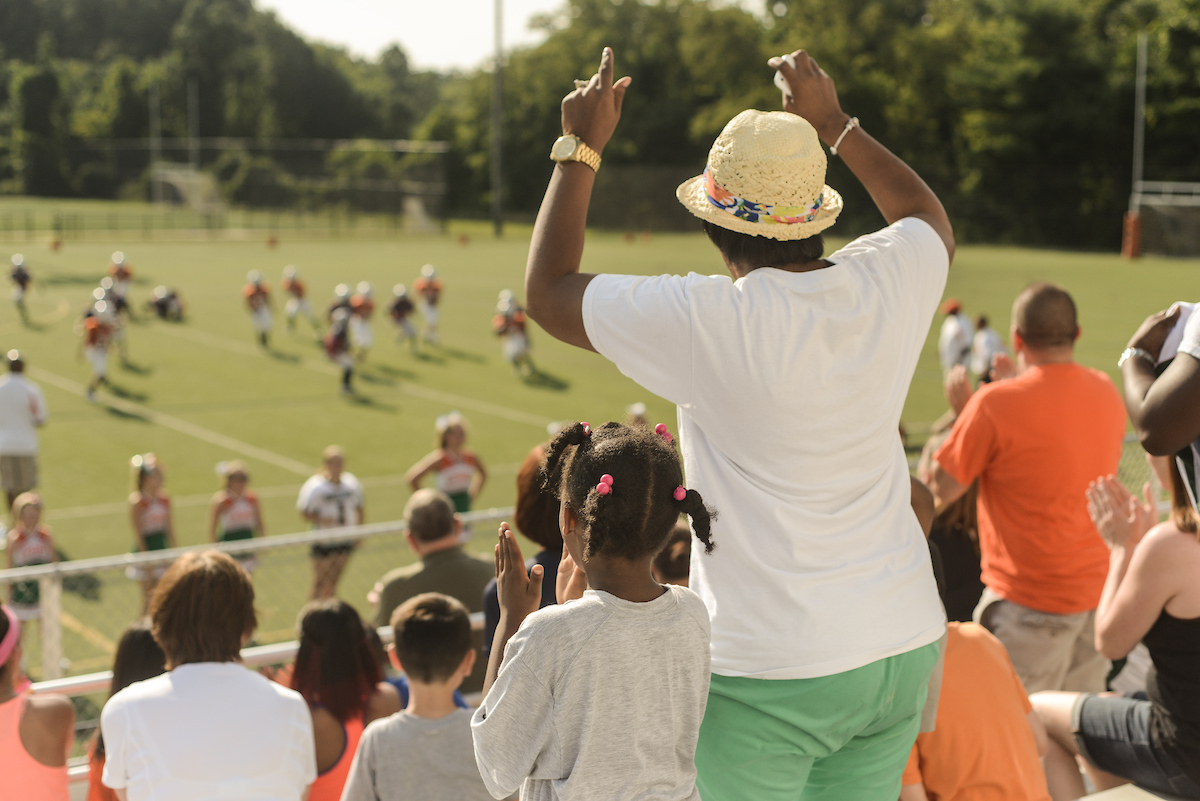 In any sport, there’s an extra special feeling about opening day. For the players, it’s the first game after going through training camp and practices. Whether they admit it or not, there’s probably some self-inflicted pressure to do well in that first game and help the team to an opening day win.

But opening day jitters aren’t just reserved for the players, or even the coaches who are probably feeling a bit of an adrenaline rush before the first game. It’s also a time for parents to be a bundle of nerves before their child’s first game. While the youth football season is well underway for many teams across the country, we’re going through the opening day jitter routine in our house.

For my wife Sheryl and I, the jitters begin during the off-season when we go shopping for equipment. They re-appear before the first games as we wonder the following:

“Are the cleats going to be comfortable and will he be able to move around well?”

“Are the gloves good and will they hamper him snapping the ball?”

“Is the mouthpiece molded properly and will he be able to communicate with his coaches and teammates?”

RELATED CONTENT: 3 reasons for your athlete to play tackle and flag football

We’ve gone through eight previous seasons of youth football, so it might seem silly that these feelings continue to come back. It’s only natural for a parent to feel this way because you want your kids to have fun and be safe. Those type of jitters usually disappear within the first few minutes of the game.

Speaking of those first few minutes…

For me, my opening day jitters generally start during the week…as I’m writing this blog I can feel them. My wife Sheryl is a rock on the outside but just like any other parent, she gets nervous and anxious before any game, especially the first game. She has to keep me in check because I’ll admit I’m a nervous wreck before a game.

This week, the opening day jitters are really kicking in for several reasons.

RELATED CONTENT: Why it takes younger athletes longer to love the game

My younger son Jared is starting his second season of flag football. Over the last year, his love for the sport and his football acumen has really increased to the point where he’s chomping at the bit to get started. I’m really looking forward to Sunday to see just how excited he is and how much he has learned. He’s glad that he has one of his coaches from last year and many of his teammates back, so he’s ready to roll.

But that’s just one child.

I don’t think I’ve ever had as many jitters as I did this past summer when my older son Bradley participated in the U.S. National Team Middle School Bowl Series. The butterflies were in my stomach all week at practice and then I got really emotional when I saw him run on the field for the game. Hopefully I have those kinds of feelings out of my system, but this week he plays his first flag game and then next week his first middle school tackle football game.

That is going to be a new experience for everyone in our family.

A new season with new emotions and the jitters are always there. It’s okay for a parent to be a little nervous before that first game, especially if its your child’s first ever football game. We’ve been there twice so if that’s you, you’re doing just fine…. just breathe. Cheer and scream for your child and his or her teammates, but don’t coach from the stands!

RELATED CONTENT: This football family is ready for some football

Football is a great game, flag or tackle, and the excitement really extends from the field to the parents in the stands. Sunday morning I’m going to sit calmly with my wife in the stands, bagel in hand as we cheer on our boys. The nerves and jitters will be there. You just have to keep them under control!

Peter is a sports anchor for the CBS Sports Radio Network, FOX News Headlines 24/7 and WCBS 880 Radio in New York.  His son Bradley will be playing middle school football on Long Island this fall while his younger son Jared plays flag football.   Peter, his wife Sheryl and the boys are busy cheering on the New York Jets when they’re not at a youth football field.