Check out these techniques for neutralizing a double team 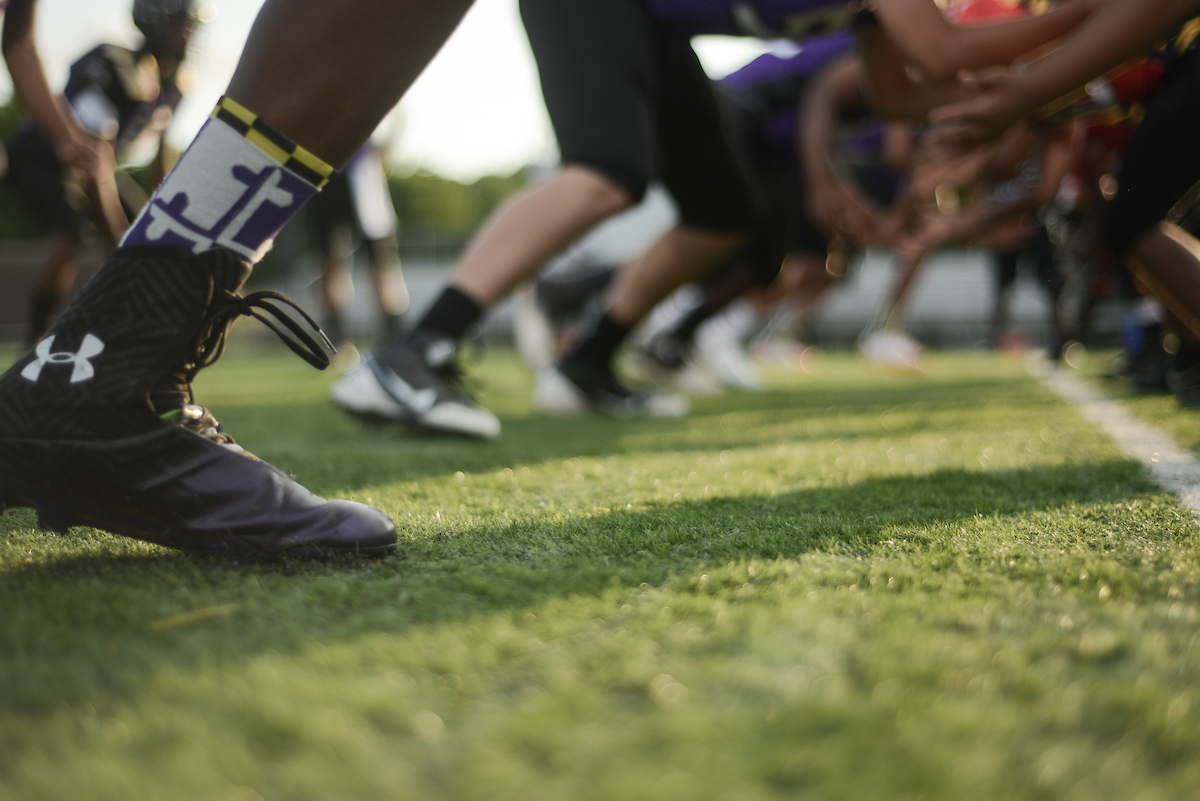 Defensive lineman, particularly along the interior, are like their offensive counterparts in that very little notoriety or acclaim go their way. Part of this has to do with their alignment on the field, stuck in the middle, easily overlooked by the untrained eye.

Unless they are sack artists or one-gap penetrators with tremendous quickness and speed, the cameras rarely ever find interior defensive linemen over the course of a live game.

The dirty work that often goes unnoticed is the art of defending against the run. Outside of the aforementioned one-gap penetrators, there exists a world of intricate technique and nuance interwoven with sheer size and strength. This is a world of taking on double teams or combo blocks in often used concepts such as power, duo, inside zone, and various counters.

To the casual observer this is thought of as two big bodies merely colliding and seeing who budges first, but when you peel the curtain back you’ll notice a battle of hand placement, leverage, play recognition, and dexterity.

Almost simultaneously, precise hand placement and power from the ground through the point of attack (frame) of the blocker ultimately determines who wins initial leverage. Some defenders with very good or better power can reset the line of scrimmage right away. But for most, often the next step is rooting their feet into the ground to hold their position and create a barrier in the blocking scheme. This is the basic premise for how to win against a double team seeking vertical displacement.

The first example for what this looks like comes from Baltimore Ravens nose tackle Michael Pierce, who shows elite play strength and pad level to go along with overwhelming center of gravity at 6 feet tall and 340 pounds.

This is a great teach tape rep from Pierce, who not only stymies the post man (center) at the point of attack, but resets the line of scrimmage, dips his shoulder to avoid contact from the drive man (left guard), and keeps the linebacker behind him clean. Few players in the NFL right now are as immovable as the third year pro from Samford University.

Attacking the post man on a double team with violent, accurate hand placement is the surest way to win against a double team because it often resets the line of scrimmage and screws up the levels of the offensive line. This forces the drive man, who is coming to pin the hip of the defender, to readjust his track midplay. This causes a brief delay of even whiff, altering his path to the second level, leaving the linebacker free to roam unimpeded to the ball.

Pay close attention to the way he contorts his upper body to negate right tackle La’El Collins’ ability to have a target area to latch onto. This causes Collins to stand up due to Daniels’ tremendous use of leverage. In addition, his hand placement and torque are outstanding on Martin as he splits the double, creating a logjam in the blocking concept that ruins the play.

Notice how quickly he diagnoses the center’s attempt to square him up, expanding to his left while simultaneously shooting his inside hand into the breastplate of the center. This allows him to maintain the half-man relationship on the center, while generating leverage with his hand underneath the blocker’s pads.

With Joseph’s elite play strength and technique, he is able to lift, rip, and clear the center’s hands to get into the backfield. He subtly uses his inside hand to toss aside the right guard’s attempt to drive him off the ball, splitting the double, and wreaking havoc behind the line of scrimmage.

There are a multitude of methods for defensive linemen to defeat a double team block, revolving around a core set of traits and several techniques. The best in the NFL are able deconstruct these blocks with quick processing, accurate, powerful hand placement, and a keen use of leverage.

The end result not only can thwart the ground game, but by taking on two blockers directly, free up linebackers at the second level to get to the football. Helping others without receiving the notoriety themselves is what defeating double teams is all about for interior defensive linemen.