The QB of the offensive line 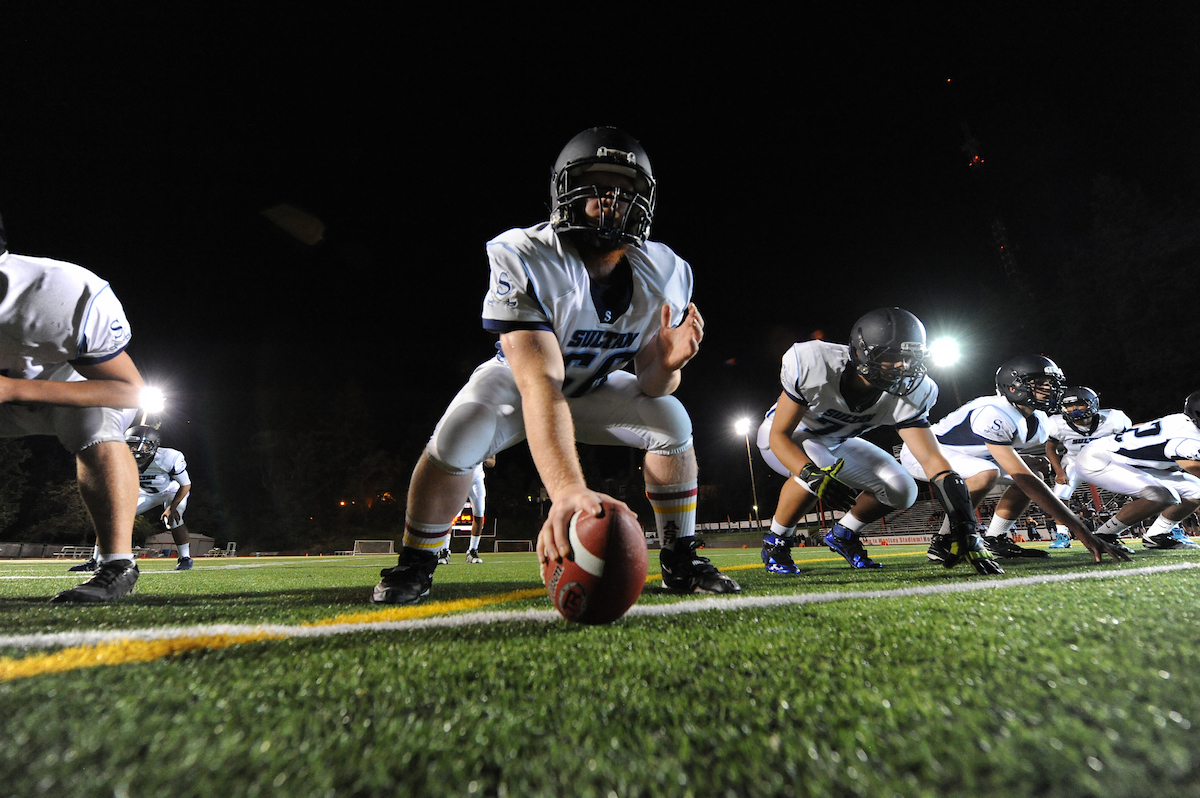 The center position is the most underappreciated and overlooked spot along the offensive line. There are several reasons for this, beginning with where they line up; tucked in the middle of their offensive line counterparts. This makes it very difficult for people to see the inner workings of the position when watching a game on TV.

If you aren’t watching offensive linemen from the all-22, specifically the end zone angle, there are details and nuance (footwork) that are imperceivable. That is only increased with centers due to their concealed positioning on the broadcast angle.

Shining light into the nuance and revealing the depth of responsibility for the position can be a cryptic process, but through meticulous film study and reading over the years, plus discussions with three high-level NFL centers (one current starter to remain unnamed and two retired), we’ll be unpacking what makes the “pivot” the most unique and complex position along the offensive line.

Centers are the only position to touch the ball on every play, and are often the shortest and smartest guy among their peers within the unit. There have been plenty of bigger centers who have achieved a high level of success (Matt Birk, Nick Mangold, Alex Mack, etc.), but for the most part, teams get by with them being smaller in stature because quickness, use of leverage, angles, and smarts are more important than sheer size and strength.

When evaluating the center position, the first thing that should be understood is they are the only position on the line who begin each play from a square stance. This means that the biomechanics and movement patterns are unique to the position.

The primary difference between the starting point from centers and everyone else comes during pass-protection, as guards and tackles are in right and left-handed stances, utilizing a kick-step to begin a rep. Centers start square and have to “pull” a leg back to create space at the snap in their pass set.

Otherwise, if they are being aggressive with a jump set, having quick/accurate hand placement becomes especially important since defensive linemen are often bigger, and aligned right on top of or tight on either shoulder.

Former Pro Bowler and Super Bowl Champion center Jonathan Goodwin mentioned hand usage being one of the top traits for centers to have success, especially in today’s NFL that features immense talent on the defensive line, noting “I think having quick hands is very important for both the run and pass game.  Being able to not only get your hands on a defender quickly playing inside, but in the right place is very important when playing the center position.”

While hand usage, pad level, and quickness are important traits to possess, mental processing is the primary trait that leads to success for the position, and is the one commonality between all great centers.

I spoke with former Chicago Bears All-Pro center Olin Kreutz who wholeheartedly agreed with this statement, telling me that “Knowing what the defense was doing ahead of time allowed him to be play faster” because he “Knew where guys were going ahead of time.” This mental acuity was what Kreutz felt gave him the biggest edge on the field.

Centers must be astute because of the intellect required to know their teammates’ assignments, identify defensive fronts, alignments, and tells, then being able to communicate that to everyone else on the line before the snap.

This mental battle with the defense, particularly the middle linebacker, is a game of chess that takes place before the snap, and is usually what centers take the most pride in.

Kreutz talked about the “15-20 second high stakes window” that occurs pre-snap as being the most fun aspect of playing the position. From pointing at the middle linebacker, to repointing after a defensive shift, keying safety alignment, and relaying this to teammates all while processing everyone else’s assignment to ensure they are in the best position to succeed, reveals just how much centers work through before the snap. This doesn’t even factor in the execution of a successful exchange with the quarterback, and then having to block the biggest man on the opposite side of the field.

Success on a given play is often associated with an accurate pass, the receiver catching the ball, the runner reading his blocks, or the offensive line sustaining their blocks. The truth is that despite commonly being passed over, success for an offense starts with the quarterback/center exchange of the ball at the snap. This is the start of every play, and becomes increasingly difficult in a shotgun formation.

This is usually a forgone conclusion, but establishing familiarity and chemistry between the quarterback and center needs to be in place for an offense to function.

Getting the offense to “see through the same eyes” is something Kreutz mentioned as being critical for success. When an offense knows a defense’s coverage or gaps on a particular play, the advantage is in their hands. The center plays the predominant role in accomplishing this feat in the pre-snap phase of a play.

Goodwin summed this up nicely, “Calls go from inside out on the line.  What that means is the center has to let everyone know who he is responsible for so the guards and tackles can use their rules on a particular play to determine who they are blocking.  The center usually communicates what front the defense is in, the middle linebacker, and their call for the play on every play of a football game.”

Effectively this means that depending on who the center identifies as the “Mike,” dictates who the guards and tackles block both in the run and pass game. The middle linebacker call can also change right before the snap depending on a defensive shift, so it is crucial that the quarterback and center are on the same page, and can respond without wavering.

As Goodwin said, “The most important relationship in football,” is the quarterback-center relationship, representing the crux of success on a given play.

Since there are only a select few quarterbacks in the NFL at a given time (Drew Brees, Tom Brady, Aaron Rodgers) that make their own calls, the responsibility usually falls on the center, hence their title as the quarterback of the offensive line, or with veteran quarterbacks, a combination of the two share responsibilities for setting the protection.

Former San Diego Chargers center Nick Hardwick spoke about his process with quarterback Philip Rivers in Howard Mudd’s book ‘The View from the O-Line’ saying, “We spend tons of time on protection. Philip [Rivers] makes a four game cut up of the next opponent. We’d go over that so we could see who their most dangerous will be in certain sets and situations. He wanted to know what I was seeing. Then we’d talk to the running backs to tell them, okay, here is what you have on this one and you understand why.”

Having a high capacity to retain and process information is how the truly great centers separate themselves from their peers. On top of having to carry out their assignments post-snap, the pre-snap phase is the chess match that earns them the reputation of being the quarterbacks of the offensive line.