How the coffeehouse stunt can help your defense 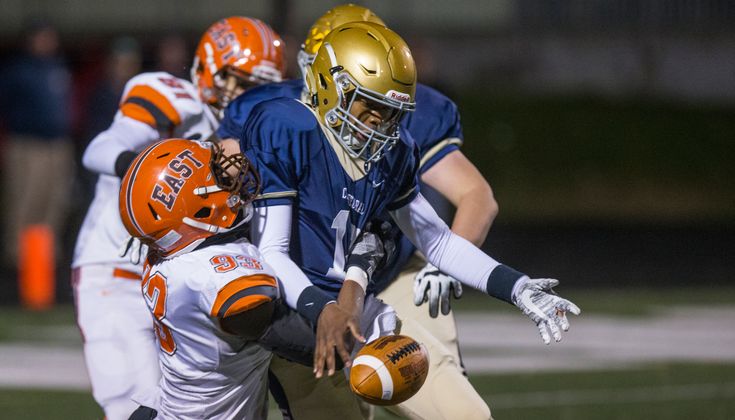 The coffeehouse stunt is a rarely used twist game that serves as a change-up to traditional tackle-end (T-E) and end-tackle (E-T) stunts that the majority of NFL teams run each game. Stunts and twists are typically used to attack a weakness in protection, giving the participating rushers an advantage through misdirection.

The ideal scenario to run one of these two stunts is to the man-side of a protection rather than the slide side, because the guard/tackle are left to fend for themselves without inside help from the center.

These basic line games involve two rushers: a penetrator and a looper.

On a traditional T-E stunt, the tackle serves as the penetrator, and the end acts as the looper. The defensive tackle’s job is to crack or earhole the offensive tackle as the end loops behind them in an attempt to break through off the guard’s inside shoulder.

The key stems with the looper, who needs to chop their feet in place to occupy or distract their man for a brief second prior to looping around the penetrator.

Notice how the looper in this next clip engages the offensive tackle briefly before looping around. This captures the blocker’s attention to set up the penetrator, who does an excellent job crashing hard into the right tackle.

A key to the success of this stunt is that they align a third defensive lineman in a shade over the center, and loop him around to the backside, preventing the center from sliding over to assist the right guard.

The right guard and tackle are isolated, resulting in a successful T-E stunt:

With an E-T stunt, the roles are reversed, so the end becomes the penetrator and the tackle becomes the looper. Notice in this clip how quickly the left guard reads the stunt and looks outside for the looper:

On the surface, this looks like excellent awareness by the guard, but they're actually more vulnerable. By taking their eyes off the man in front of them, they lose sight of the looper because they don't want to get earholed by the penetrator and assume they're coming.

Instead, they should stay focused on their man while trusting the tackle will “deliver” the penetrator to them. When the guard makes assumptions like this, that's where the coffeehouse stunt becomes applicable.

The coffeehouse stunt is essentially a fake T-E or E-T stunt, ideally used after several traditional T-E or E-T stunts have been used first. Once the guard and tackle have seen these basic stunts used, and have handled them together, they can easily become comfortable and start cheating to get ahead of the game.

This is a great example of that, with the right guard prematurely turning outside to take on the penetrator, leaving them susceptible to the coffeehouse stunt. The defensive tackle sells it brilliantly, earning an easy sack in the process:

Next, we have a slightly more elaborate sell by a defensive tackle, looking inside first, then back outside at the last second, before heading back inside through a wide-open hole. This delay sells the idea of the E-T stunt, causing the right guard to peek outside for the penetrator, losing sight of their primary responsibility:

There are variations of the coffeehouse stunt as well, not only suitable for a fake E-T, but also on a T-E stunt. The Oakland Raiders were one of the teams that used these most last season with another example here between rushers Bruce Irvin and Khalil Mack.

The defense sells a T-E stunt with Mack acting as the penetrator. Once Dallas Cowboys left tackle Tyron Smith senses the penetration from Mack, he comes inside to help overtake so left guard Jonathan Cooper can release and pick up the looper (Irvin).

Irvin fakes the loop inside with a hard plant and redirect back outside once Smith reacts. This fools Smith, resulting in a QB pressure on Dak Prescott during his delivery:

Once offensive linemen have seen T-E and E-T stunts throughout the course of a game, and the penetrators are especially physical at the point of attack, they naturally want to prevent being blindsided, so they can start to cheat and become hasty in their decision-making.

This is when the coffeehouse stunt and its variations become appropriate, keeping blockers honest, and working to increase chances of protection breakdowns and pressure.