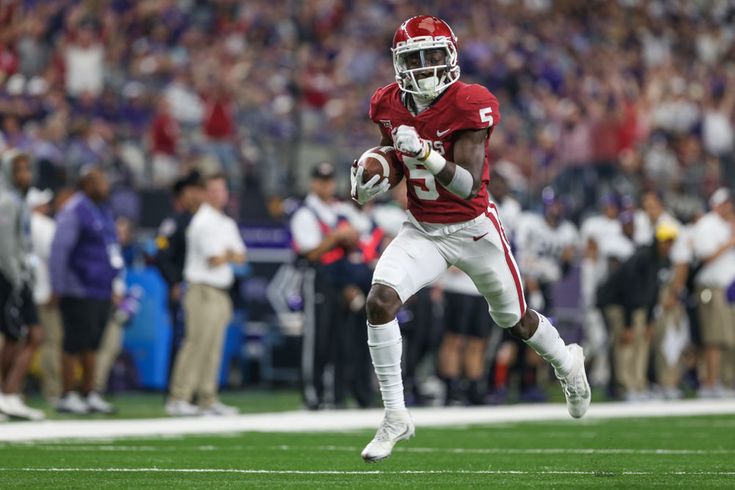 Lincoln Riley’s prolific Oklahoma offense has caught the eye of the NFL. Sports Illustrated reported that NFL coaches are lining up to talk to him about some of his concepts, so they could steal and borrow them for their own playbooks.

OU hit on a version of their "hesi-slant" (not sure if they call it that but I like the name) pic.twitter.com/xfK5Y9hRGa

Before I found out Riley’s name for the route, I called it the “hesi-slant” because it reminded me of a hesitation dribble that basketball players use to get past defenders. The receiver running the route luls the defender to sleep by slowing down before exploding past him.

“The receiver closest to the right sideline, Marquise Brown, is running a “burst” route, in which the receiver takes several steps toward the goalposts, hesitates as if he’s running a lazy route, then flashes across the middle of the field,” Riley said. “The stall is an often-successful attempt to catch the corner flat-footed, but it takes time.”

In the clip, the defense was in quarters, which means the corner is essentially locked in man coverage with the outside receivers. The slot took the safety deep with him and the defense blitzed the inside linebacker, which opened up even more space inside for Brown.

When running the burst route, the receiver could fake like he’s running a hitch, like he would in a smash concept, or a “now,” like he would on a slot fade, before exploding at an angle inside. Obviously, this takes more time and Oklahoma usually uses a six-man protection scheme with this concept.

In this clip, the burst route is run from with a fake hitch, unlike a fake “now” fade look on the previous clip. Oklahoma also ran the play from a trips formation. The tight end (No. 3 receiver) ran a spot route to hold the “inside wall” defender. The defense was in quarters coverage and the slot from the No. 2 receiver cleared the safety for the burst route.

However, in this version of quarters, the safety from the other side of the three-receiver side is looking for a crosser. The safety eventually came over to help on the burst route. The quarterback, Baker Mayfield, probably could have fit the ball in there if he threw it on time, but he didn’t and the defense busted the play.

In this version of the play, the roles of the No. 2 and No. 1 receivers are switched. The No. 1 receiver clears out the inside coverage with a slant route. The defense is a pattern-match three deep coverage, and the slant took the corner and inside wall defender with him.

Brown, the No. 2 receiver, lulled the defense to sleep by initially running a shoot route. The flat defender went outside, stopped his feet, but couldn’t keep up with Brown when he burst inside.

This play is a good illustration of how the “burst” series takes advantage of zone defenses. One or two routes are designed to take away inside and deep coverage, while the burst route is designed to beat flat defenders. It’s a unique concept that I haven’t seen from any other offense besides Riley. I have a feeling we’ll see other colleges and some NFL teams add these plays to their offenses next year.