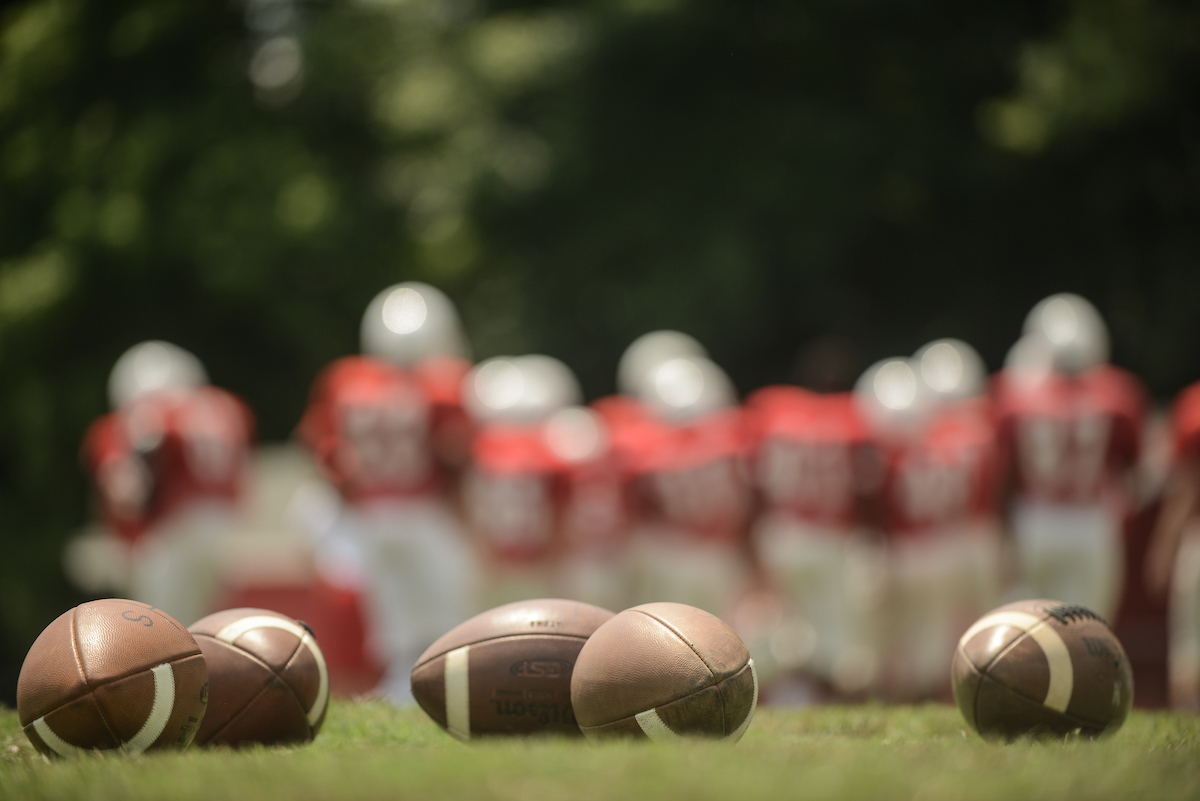 This article is the second installment of an interview conducted with Marmion Academy’s (Aurora Illinois) Head Coach Dan Thorpe. You can find Part 1 by clicking here.

This article will discuss incorporation with modern trends, play action concepts, and how the drop back passing game fits into the traditional Wing T offense. Any quotes are directly from Thorpe.

With all levels of football using shotgun more and more, Thorpe has adapted his Wing T system to keep up with the trend. The blocking assignments do not change, only the arrangement in the backfield does. There is minimal drop off with the productivity of each concept with one exception.

With the switch to a shotgun based system, Thorpe notes the difficulty of utilizing the trap concept.

“I will state though that at the Varsity level, we have not been able to run fullback rap out of gun very well due to the depth of QB and FB exchange and the snap. Trap out of QB under center is a quick hitting play and still one of the best plays ever in football. But in gun, FB trap just takes too long and defensive ends can close down and catch trap from behind.”

With a run-based system, the incorporation of play action is a mainstay to create explosive plays. The waggle action off of the buck sweep has been Thorpe’s most efficient pass concept throughout the years. The play requires the fullback to run a flat route after he takes his fake, and the opposite wing back to run a climb route. The wide receiver on the waggle side will run a corner route to provide the quarterback with a three level stretch. This concept is no different than what other offenses do to create conflict off of play action. A great example is what Kyle Shanahan does (click here to see how Shanahan uses his three level stretch).

“It amazes me that we still get most of our touchdown passes each year out of Waggle.”

Thorpe has added a lethal adjustment to this concept. By sending the slot wing back on a streak, he can take advantage of aggressive safety plays. After the defense has seen waggle a few times, they will often have their safety jump the climb route. This is when Thorpe can take advantage of the overcompensation.

“I have taken waggle and added my own thing of having the slots “streak” instead of the climb route, and we have scored many touchdowns with “waggle slot streak.” I have also streaked the tight end out of waggle.”

With a strong run game and play action game, the dropback game is the last major component of the offense. The dropback game features traditional three step passing concepts with the intention of taking advantage of one on one matchups on the outside.

With the popularization of RPO’s, Thorpe’s offense is able to combine pass and screen concepts with the traditional Wing T runs.

“With two backs in the backfield, one can now have maximum pass protection and if max is not needed then with the fullback in the backfield, we can still get six man protection. With the introduction of RPO’s and the spread, one can have a very effective offense with sweep, trap, belly, and a three step passing game.”

In general, the Wing T gives high school coaches a great baseline offense. The strong running game is an aspect that can be coached and removes a lot of quarterback decision making. This attractive feature allows the coach to control the game, minimizing the effect of subpar decisions from a young or inexperienced quarterback. From year to year, coaches can add or remove aspects to give more freedom to their quarterbacks.