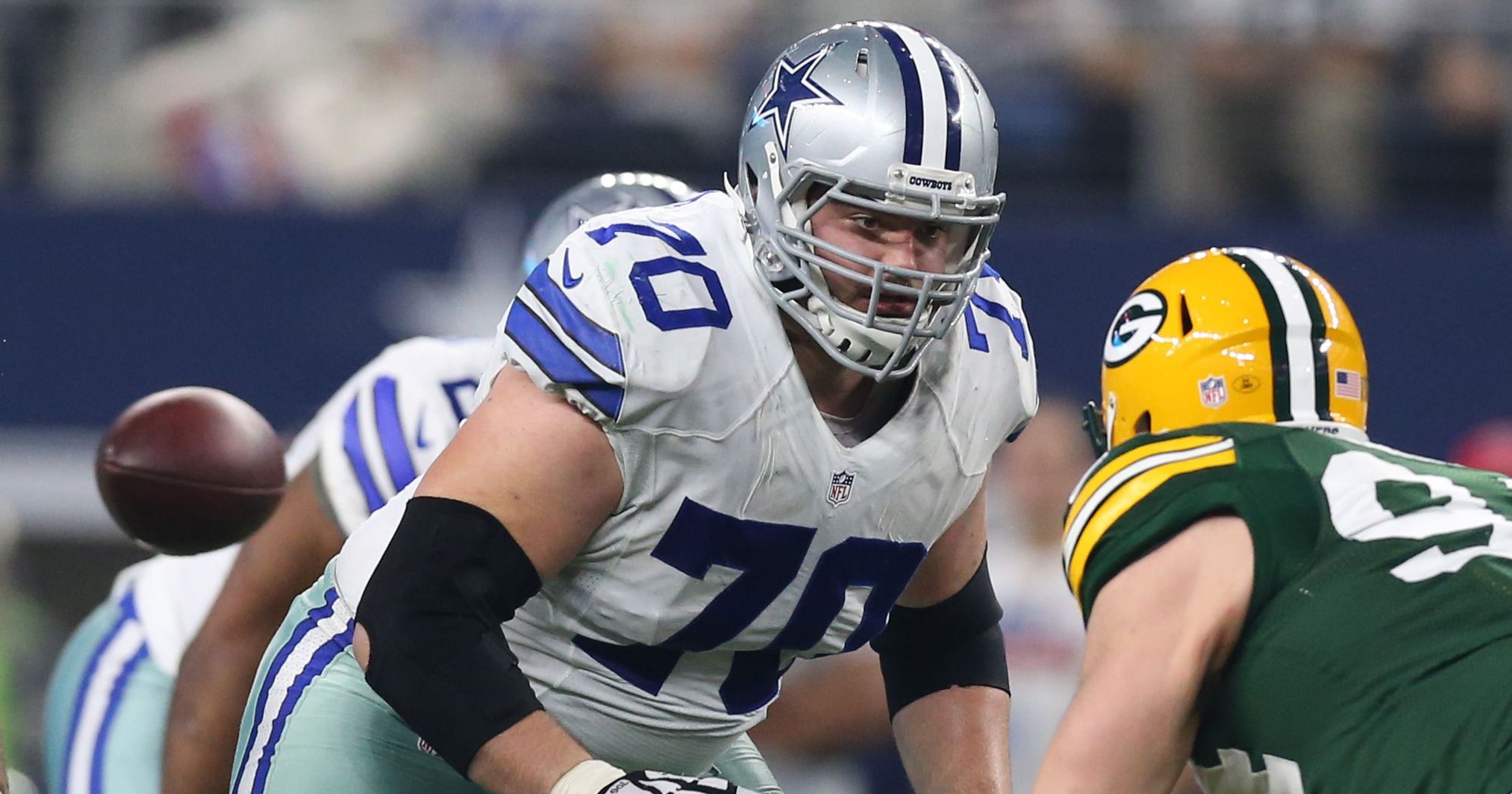 Through the first 4 weeks of the NFL season, there have been some stellar performances on both sides of the line of scrimmage, led by perhaps the deepest position in the league right now — interior defensive line.

Despite the scales being tipped to the defensive side of the trenches right now in terms of sheer talent, there are several players along the offensive line playing at a very high level.

After meticulously reviewing the film each week this season, here are the top performances through the first quarter of the season from the offensive line.

Nobody is playing the left tackle position, or even offensive line in general, at a higher level right now than the former Colorado Buffalo.

All-world quarterback Aaron Rodgers has had the NFL’s top blindside protector for the last couple of seasons, this year is no different. Bakhtiari has been absolutely masterful in pass-protection this season, demonstrating expanded variance in his pass sets to keep rushers guessing with staggeringly precise hand usage to stymie his opponents before they could string together moves.

Not only has he been dominant shutting down high caliber pass-rushers such as Minnesota Vikings DE Everson Griffen and Buffalo Bills DE Jerry Hughes, his run-blocking has been very good as well. Using the aforementioned ability with his hands, Bakhtiari quickly gains leverage on his opponent, maintains a strong base and steers defenders out of holes to create lanes in the ground game on the frontside of running plays. From the backside, he is extremely crafty and one of the top practitioners of the slingshot blocking technique.

This was the closest call for me, but Marpet gets the nod for his overall consistency. Making this more impressive is the fact that Marpet has played three different positions in as many years, but never left guard prior to this season.

He started at right guard his rookie season (2015), played there again in 2016, then moved to center in 2017 and finally to his current spot on the left side. Despite lacking the opportunity to settle into one position, left guard looks like his permanent home and the place he is most comfortable.

Marpet has always had very good athleticism and play speed for the position, showcased in his ability to block in space, recover in pass-protection and in the zone running game. He was one of the rare “30-30-30” guys coming out of Division III Hobart College, meaning he looked really good on paper, passing the necessary smell test teams needed to see to ease concerns of coming from such a small school.

The areas he has needed to improve (play strength, use of hands) have each looked markedly better this season, with very good grip strength to sustain blocks longer in reps on display numerous times throughout his tape.

As long as Marpet can start to stack together multiple seasons and stay at left guard, I would expect him to continue developing into one of the top interior linemen in the NFL.

After reviewing every snap of Pouncey’s so far this season (twice), I’ve uncovered new insights each time. On the surface, it is difficult to fully appreciate what makes the 8-year pro special.

When isolated 1-on-1 against top-tier power rushers, he can struggle to anchor and halt momentum, although his hand usage is so crafty and base so secure, he often regains leverage at the last minute. When climbing to the 2nd level, his inability to redirect in space shows up against quick linebackers, albeit he can contort his body brilliantly to get enough of defenders to spring runs.

Once you dig deeper into the film and contextualize his performance, a deep understanding of the position becomes readily apparent in his game.

Perhaps no center in the NFL is more alert, aware and active at the pivot than Pouncey. This primarily reveals itself in pass-protection such as recognizing line games and stunts, passing them off and solidifying the interior to prevent leakage. This also opens up huge passing windows for QB Ben Roethlisberger to see and throw through.

Per Alex Kozora of SteelersDepot.com, Pouncey has given up just 3.5 total sacks since 2013, including the playoffs. Pouncey missed the 2013 and 2015 seasons with injury, so that is 3.5 sacks given up in the last 3 ¼ seasons, or the last 55 games he’s played.

Aside from acting as the glue that holds the unit together in pass-protection, the central theme of his game resides in being a total menace for any defender that comes into contact with him to deal with. Pouncey is exceptionally aggressive and physical. He sets the standard for competitive toughness at the position.

To go along with hyperactive, violent strikes and an innate ability to know how to get away with subtle holds and grabs, he is a true pest for interior defensive linemen to deal with over the course of a game.

Martin is picking up where he left off for each of the last four seasons as the best right guard in football (although a strong case can be made for Ravens right guard Marshal Yanda a few of those years).

Since I started studying the offensive line during the 2014 season, no single lineman has been more consistently great than the former Fighting Irish lineman.

The 2018 season is no different, with Martin adjusting to life seamlessly alongside a new center (Joe Looney) for the first time since his rookie season in 2014.

As I went back and reviewed the top right guards this season, there were several quality candidates for this distinction, but none with the unreal level of consistency that Martin shows regardless of circumstance or opponent.

Every responsibility that a guard can be expected to carry out during a given game, whether in the running game or pass-protection, Martin does with unmatched efficiency and refined technique. From his stance to the whistle, he makes things look spectacularly easy. If you were building a guard from a skill-set standpoint and wanted a prototype to plug in for 10+ years, he’d look a lot like Martin.

Yet to miss a single game in his career (68 straight starts), with four All-Pro selections under his belt in as many years, he is the epitome of elite guard play in the NFL. The first quarter of 2018 is just more of the same.

Tier 1 of right tackle play in the NFL over the last couple of seasons has been a two man group consisting of Johnson and Kansas City Chiefs Mitchell Schwartz. Each were 1st and 2nd team All-Pros last season, and I came away with the same order after combing through their film so far this year.

The first thing that jumps out when I study Johnson is how exceptionally explosive out of his stance he is. This leads to him beating virtually all pass-rushers to the spot in pass-protection. Because he establishes good positioning so often, the vast majority of rushers become one-dimensional, rarely able to corner, instead having to win inside or straight down the middle.

Johnson has become increasingly more stout, hunkering down and anchoring against speed-to-power, giving up minimal ground. His elite athleticism, balance and strong inside hand allow him to cut-off most inside counters. This leaves very little room for rushers to win, forcing them to be near perfect to achieve success.

When rushers are able to corner, Johnson routinely recovers in time to push them past the pocket. Tennessee Titans rookie pass-rusher Harold Landry beat him around the edge in Week 4 for a strip-sack, but that is certainly the exception, not the norm.

In the run game Johnson excels pulling, climbing to the second level and cutting off the backside in outside zone runs using a variety of techniques such as the slingshot. He works smoothly off combo blocks both to overtake and release. The primary time you see him lose a rep in this facet are when his angles in space are a little narrow or wide, forcing him to adjust too late in the rep to recover and block his man.

Overall, he is an elite pass-protector and very good run-blocker.