How NFL offensive linemen execute the slingshot technique to perfection 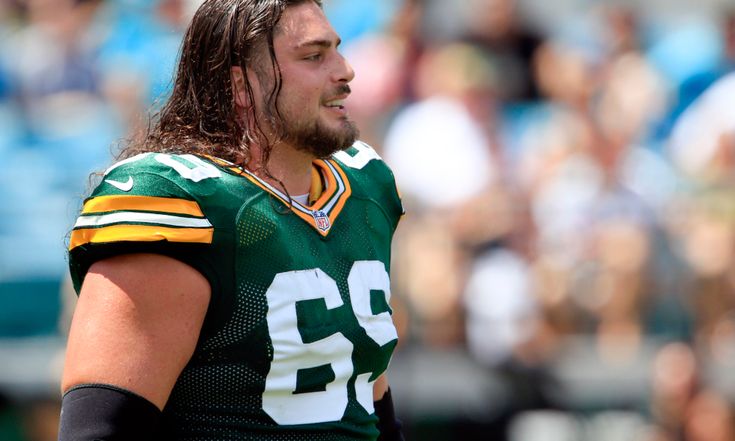 The Green Bay Packers' David Bakhtiari is one of several NFL offensive linemen who's proficient at the slingshot blocking technique. (Photo via packerswire.usatoday.com)

On the backside of running plays, particularly outside zone, offensive linemen are tasked with executing a cut-off block to deny the pursuit angle of defensive linemen at the first level, or linebackers at the second level.

For the purposes of this article, we will focus on utilizing the slingshot technique to cut off a defensive linemen, typically one who is aligned as a shaded player to the inside of the blocker. This technique is most commonly used for tackles cutting off a 3 or 4i-technique on the backside of outside zone, or even a guard cutting off an inside shade in outside zone, a toss, or a few other select situations.

RELATED CONTENT: The art of the strike: 3 techniques offensive linemen can use to fend off pass rushers

The fundamentals for completing a cut-off block remain the same when using the slingshot. It’s rooted in driving off the backside foot, opening the playside hip, and targeting past the defender’s outside shoulder with the eyes in order to cut off their angle to the ball. Aiming at the midline of the defender won’t work, because the blocker has to anticipate where the defender would move or he’ll be a step behind.

The slingshot technique is applicable when when offensive linemen are facing an opponent with a quick get-off who is a known penetrator. Getting in front of the face of a penetrator at the snap when they are aligned in an inside gap is extremely difficult.

The slingshot technique is not used as a primary means to obtain a cut-off. Instead, it’s used as a fallback option after the snap when a blocker realizes that he cannot cut off his defender.

In these scenarios, the slingshot technique can be an excellent contingency plan to win a rep.

The key aspects of the slingshot technique reside with the two hands of the offensive lineman. First, the inside hand must execute a “pull through” technique, latching into the frame of the defender, pulling, and influencing him upfield, using their momentum against themselves. Simultaneously, the backside arm wraps around to club or hit the defender’s back or hip in the same upfield direction.

This first example from Green Bay Packers left tackle David Bakhtiari illustrates the ideal technique needed for this to work:

You will notice how Bakhtiari initially wasn’t going for the slingshot, but once the defensive end ripped through with his outside arm, it forced Bakhtiari to alter his approach. Without hesitation, he calmly transitioned to his slingshot technique, giving us the textbook example of what it should look like and how best to put it into practice.

Next, we go to New Orleans to watch now retired right tackle Zach Strief demonstrate impeccable mental processing to shift into his slingshot technique once the defensive end slants inside across his face. The offense is running inside zone, a blocking scheme that typically won’t call for the slingshot, yet it is aptly applied here from the 12-year pro.

Strief quickly picks up the gap exchange, pausing to ensure he allows the DE to continue unimpeded upfield, finishing with a smooth hip-toss to put his man on the ground:

This next clip represents the most common situation to use the slingshot — by a tackle needing to cut off a 3-technique in outside zone.

Left tackle Trent Williams is one of the NFL’s most adept practitioners of the slingshot technique and showcases his skills here to win a rep despite the opposing 3-technique doing a nice job avoiding the initial cut-off attempt:

Lastly, we will go to one of the NFL’s best, most crafty offensive linemen, Philadelphia Eagles left tackle Jason Peters. The Eagles run a pin-pull concept, with the backside essentially blocking it just like outside zone.

Peters has a loose 3/4i-technique aligned tight on his inside shoulder. At the snap, Peters throws a hard, persuasive jab step to square up his man, giving the impression it will be a head-up block attempt. The defender attempts to shoot his hands into Peters’ frame, falling for his bluff, lunging forward, and striking a target that isn’t there.

Peters simultaneously flips his hips back outside and wraps his outside arm around to club the defender upfield into the dirt. He goes on to take out a second defender on a 2-for-1 block for good measure:

This is a great example of a savvy veteran executing an unorthodox version of the slingshot, providing yet another nuanced variation of the technique. When blockers need an alternate means of accomplishing a backside cut-off, the slingshot technique can be another tactic used to increase a blocker’s capacity to get the job done.