The art of the strike: 3 techniques offensive linemen can use to fend off pass rushers 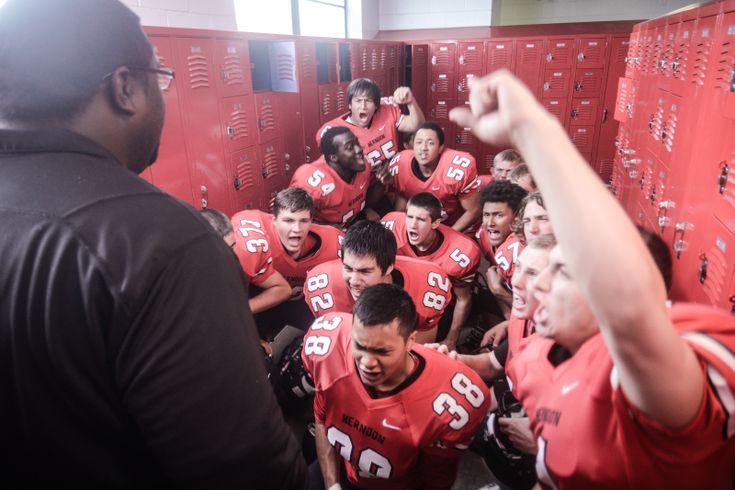 Offensive linemen in pass-protection have a variety of options to strike their opponent in order to gain leverage, redirect, and keep pass-rushers on their toes. Executing a successful strike, or punch in pass-protection requires different techniques based on the type of pass set used (jump, 45, vertical). That said, the primary component that dictates a successful strike — regardless of the specific pass set used — begins with the feet, or base.

When the blocker has a functional stance, is explosive out of the stance at the snap, and can achieve the half-man relationship with the rusher while maintaining a strong base, that blocker is in the best possible position to win with the hands.

Here are the different strike variations that we will cover:

Oftentimes, offensive linemen will utilize independent hands or a single-arm strike on traditional pass sets such as a 45-degree angle set. Using either the inside or outside hand helps to ensure they don’t overcommit, lunge, or lose balance if they miss their target. Employing a single hand to strike also helps to keep rushers guessing and off-balance, unsure of where the point of contact will occur.

Let’s start with a look at an inside strike from Green Bay Packers left tackle David Bakhtiari on a 45-degree pass set, demonstrating timely, accurate hand usage to “catch” the rusher, preventing him from winning on the inside counter. Bakhtiari doesn’t allow his inside hand to get too wide, yet just enough to work around and underneath the rusher’s arm, quickly establishing control inside of his frame through contact.

Bakhtiari won the half-man relationship prior to the strike, working inside-out on the rusher, facilitating a crafty use of an inside strike to halt penetration:

Applying the inside hand to strike first in pass protection is a good way to get rushers pushed up the arc and past the pocket.

The downside of an inside strike is if these strikes are thrown too early and miss their target, the risk of giving up a soft shoulder for a possible inside counter goes up (especially without slide protection help to the inside).

A good example of what this looks like comes from Los Angeles Chargers left tackle Russell Okung, who attempts an inside strike when left on an island. Okung is able to recover and transition inside to cut off penetration, but we can clearly see the massive risk he took in this scenario:

This harkens back to the feet and base being balanced and strong, playing inside-out, and not trying to deliver massive force on contact. Instead, delivering moderate jolt at the point of attack is all that is necessary, with timing and placement taking priority over sheer power.

Next, Dallas Cowboys left tackle Tyron Smith displays exactly these traits, only with an outside strike. The outside strike tends to be a safer technique simply due to the fact that a miss can be more easily overcome, leaving the inside hand free to pick up any inside counters.

Notice the relationship Smith establishes prior to contact due to how efficient he is out of his stance with precise footwork to reach his set point. Few NFL players utilize the outside strike as often or with as much success as Smith:

Lastly, we’ll take a look at one of the most crafty tackles in the NFL, Kansas City Chiefs right tackle Mitchell Schwartz. Schwartz is a player who thrives with tactful and timely hand usage, specifically using independent hands to throw off the timing of his opponent’s pass-rushing moves. Watch as Schwartz successively uses an inside, outside, and two-handed strike in a single rep to thwart Pittsburgh Steelers linebacker Bud Dupree off the edge:

The two-handed strike ideally is used periodically throughout a game as a change-up rather than a primary means of striking. When the proper body positioning (half-man), strike timing, and placement are on target, few techniques are as satisfying to find on tape or execute as a player.

First up is former Notre Dame and current San Francisco 49ers tackle Mike McGlinchey demonstrating a precise two-handed strike that snaps his opponent’s head back at the point of attack:

Much like going for a knockout as a boxer, the two-handed strike can be a deathblow to unsuspecting pass-rushers who don’t unleash their first move fast enough. Jacksonville Jaguars right tackle Jermey Parnell shows what this looks like here on a third-down-and-5 in the red zone, catching his opponent completely off-guard:

The two-handed strike is typically used during a jump set for offensive linemen on play-action to sell run, or when the primary throwing window for the quarterback travels near the blocker, ensuring the defenders’ hands stay down and out of the passing lane.

This is a technique that can go awry quickly if the timing or aiming points are even the slightest bit off, causing whiffs that are near impossible to recover from against competent rushers, so having discernment and being selective are important traits to develop before adding this technique to a player’s repertoire.

Applying deception is another way offensive linemen can win with their hands as a pass-blocker. Using independent hands, advanced blockers can “flash” a single hand toward the face of their opponent, causing the rusher to prematurely begin his primary pass-rush move before he wants to.

Rushers succeed when they are able to sync their hands and feet together during their chosen pass-rush move, so the initial timing when they first throw their hands at the point of attack becomes critical for the ensuing movements to work.

The most astute pass-protectors in the NFL know this, such as Philadelphia Eagles right tackle Lane Johnson here against Minnesota Vikings defensive end Danielle Hunter:

Hunter looks to have attempted a cross-chop technique, trying to trap the outside arm of Johnson, but instead whiffs at air because he was too early with his technique.

This bait-and-switch maneuver that I refer to as “baiting” can help provide the upper hand to the blocker, enabling them to throw off the timing of their opponent’s pass rush by using deception, getting rushers to prematurely reveal their strategy.

Much like the two-handed strike, baiting or faking out high level pass-rushers should be done with caution.

This next clip shows New Orleans Saints rookie right tackle Ryan Ramczyk executing a subtle outside jab to get Carolina Panthers defensive end Julius Peppers to declare his first move (long-arm). Peppers is able to gain access to Ramczyk’s frame, but the rookie recovers very nicely to sit down on the bull-rush and secure the pocket:

Each of these techniques can be added to the toolbox of an offensive linemen to help increase the variation within their strikes as a pass-protector. Bear in mind: If the feet aren’t right and the proper relationship (half-man/inside-out) isn’t established with the rusher, it doesn’t matter what the hands do.