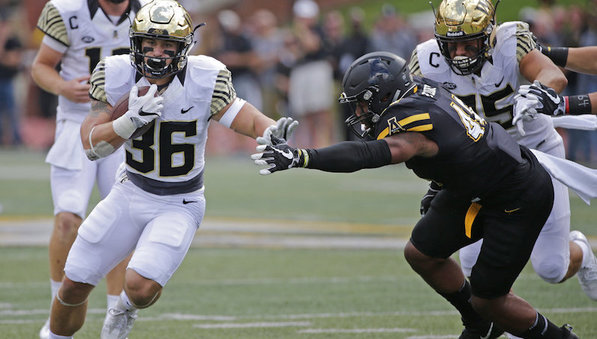 2017 was a memorable year for Baker Mayfield and the Oklahoma offense. He won the Heisman Trophy and the offense led the country in several categories. Many may not remember one of the best college offenses that year: Wake Forest. Led by head coach Dave Clawson, offensive coordinator Wayne Ruggiero and senior quarterback John Wolford, the Demon Deacons finished ranked No. 23 in Offensive S&P+. The passing attack finished No. 2 overall. Wolford finished with a whopping 9.4 adjusted yards/attempt.

Looking at the film, much can be learned from their offense but upon further inspection, one aspect of their attack stands out the most. Their conviction and adherence to the RPO game was one of the biggest factors in their success. They took what the defense gave them. The irony is that their running game ranked 91st in the Rushing S&P+. The discrepancy in their passing and running efficiency plays into why the RPO is so effective. Defenders, especially linebackers, are taught to read step, move with their gaps and then fire into them. It’s going to take a while to deprogram linebackers into not wanting to rack up tackles for loss. Teams knew Wake Forest couldn’t run the ball, so when their offensive linemen starting moving and the quarterback put the ball into the gut of the running back, defenses tended to take the cheese.

This team was not afraid to call these RPO concepts on non-obvious RPO downs. Looking through the video clips and checking the down and distance shows that they ran a lot of slant throws off RPO looks on third and medium to long. The staff believed in what they were doing and had a quarterback who they trusted.

Wake’s bread and butter RPO was their slant/post game, which they ran on the frontside and backside of their zone running scheme. Often in 20 personnel, they used their H-back to seal off the backside of the zone so the quarterback could read a secondary defender.

They either used him in a split block: 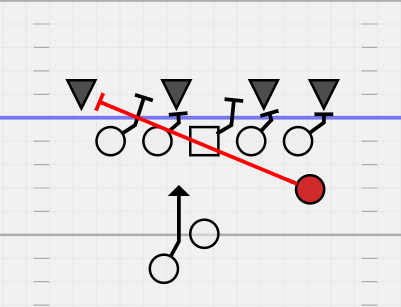 Or a same side cut off block: 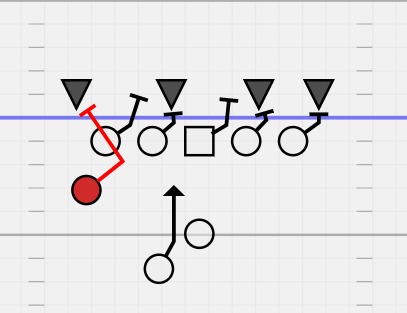 In this next example, the Louisville defender opens the window on a cut off block on the backside RPO: 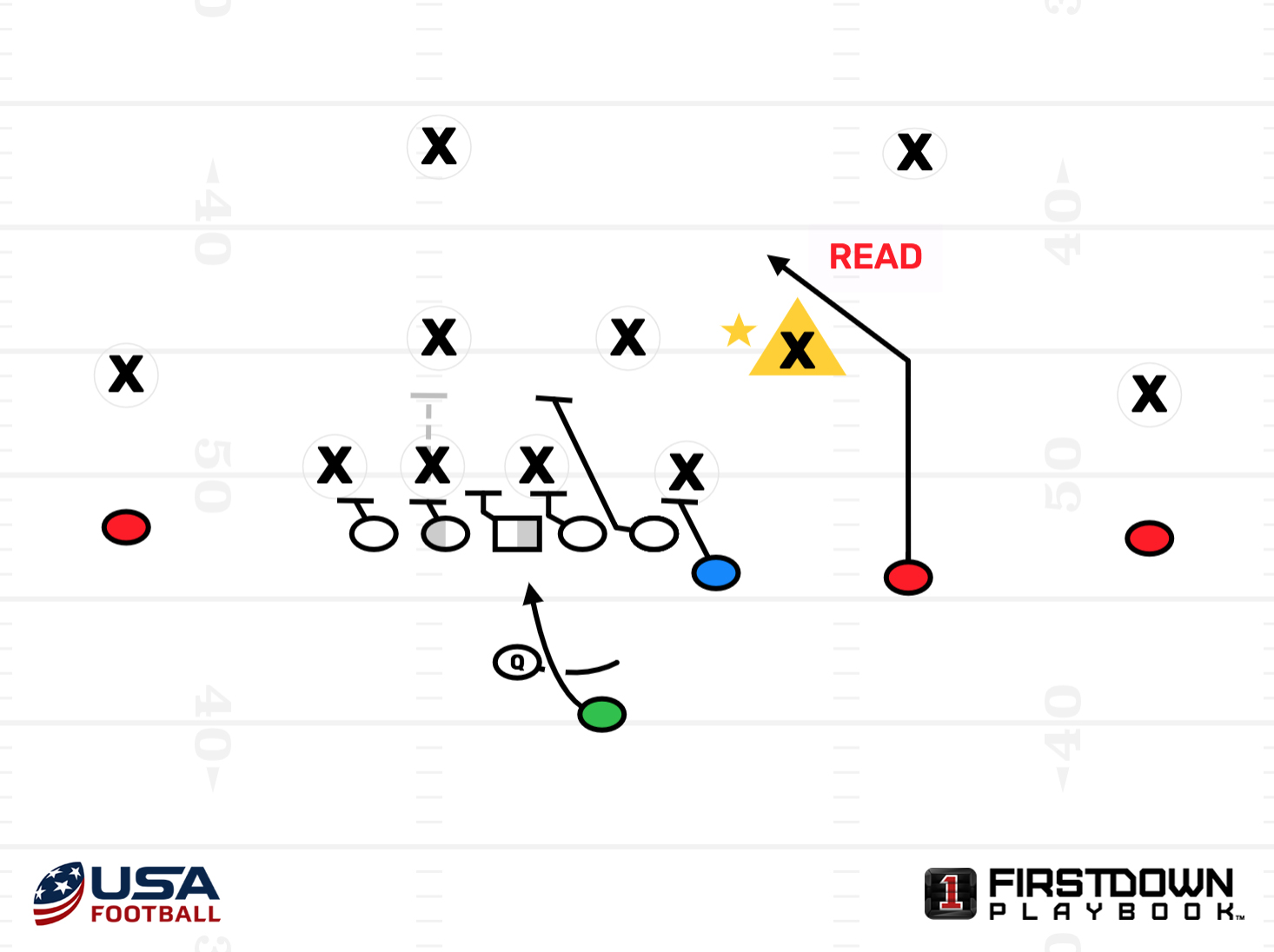 Here, the NC State down safety opens it up on more of a post RPO with a split block and the post on the frontside. 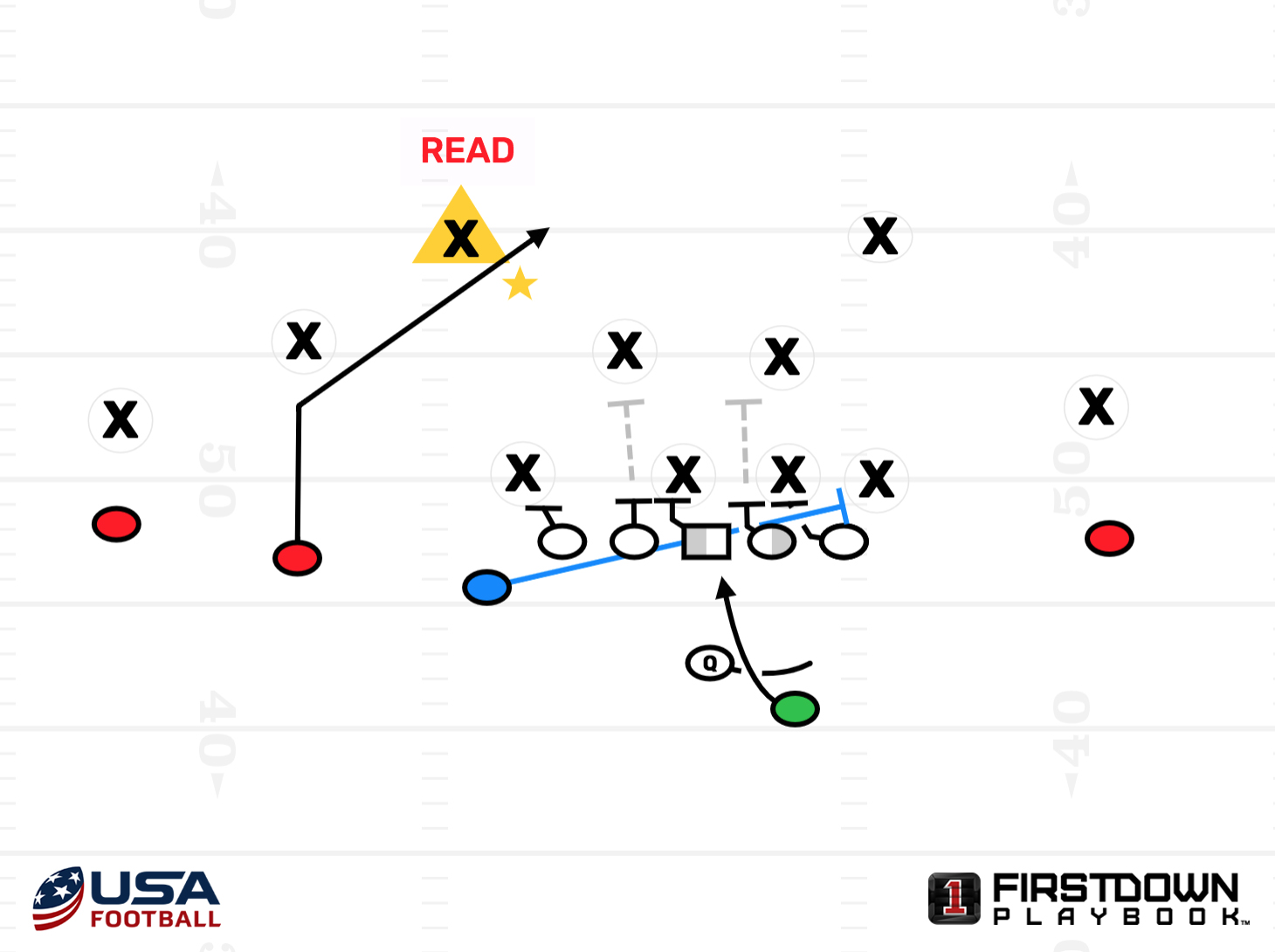 Against Clemson, the same play ends with a handoff because the safety inside the slant doesn’t budge. 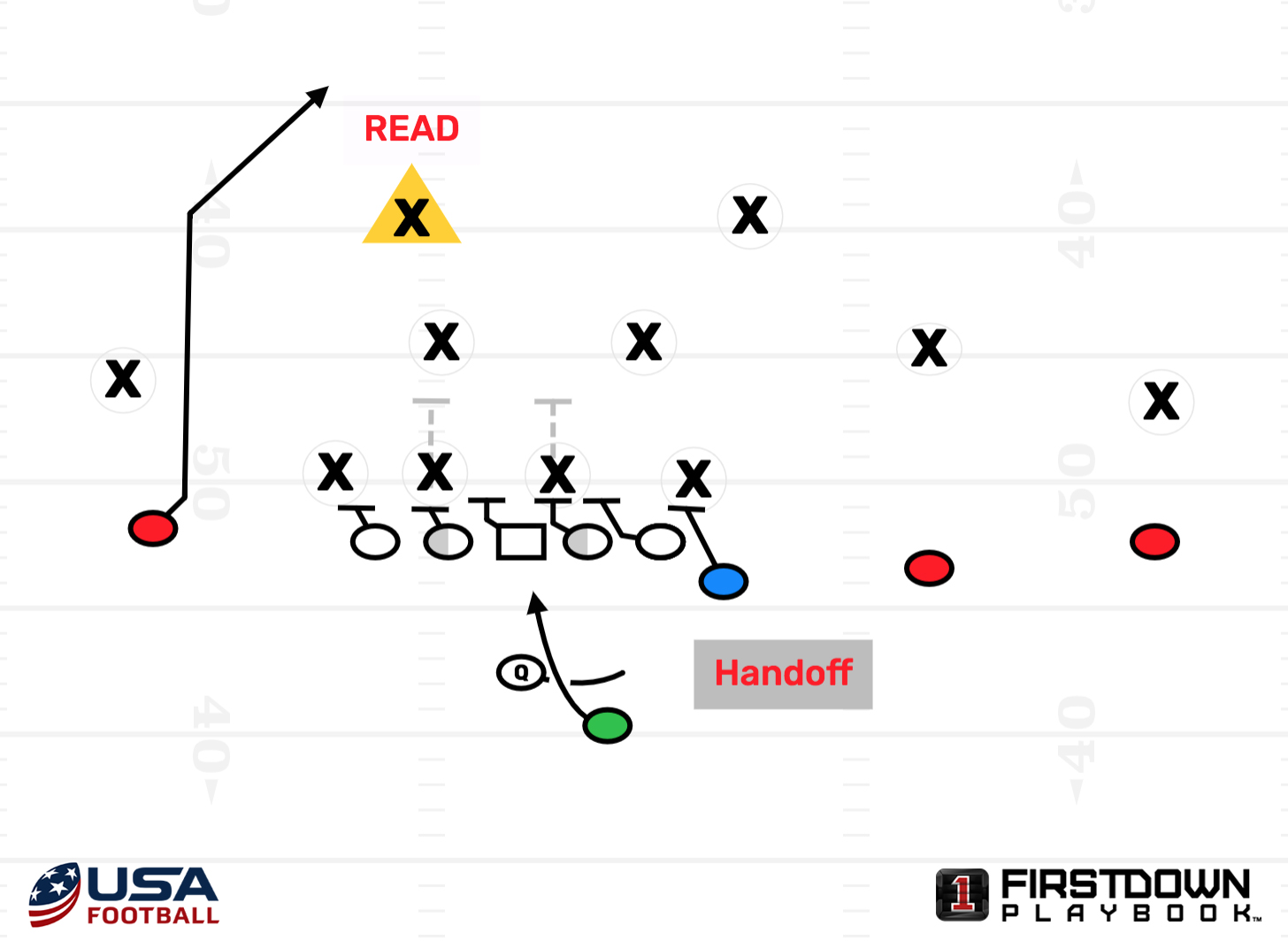 Like most modern offenses, they gave their quarterback some pre-snap RPO’s with receiver screens attached to a running scheme. With the quarterback’s ability to run the ball, they could really spread teams out.

Because the quarterback was a running threat, they go into a Quads formation with no backs. Louisville only puts three defenders to the Quads side and the quarterback just spins the ball out there for a touchdown. 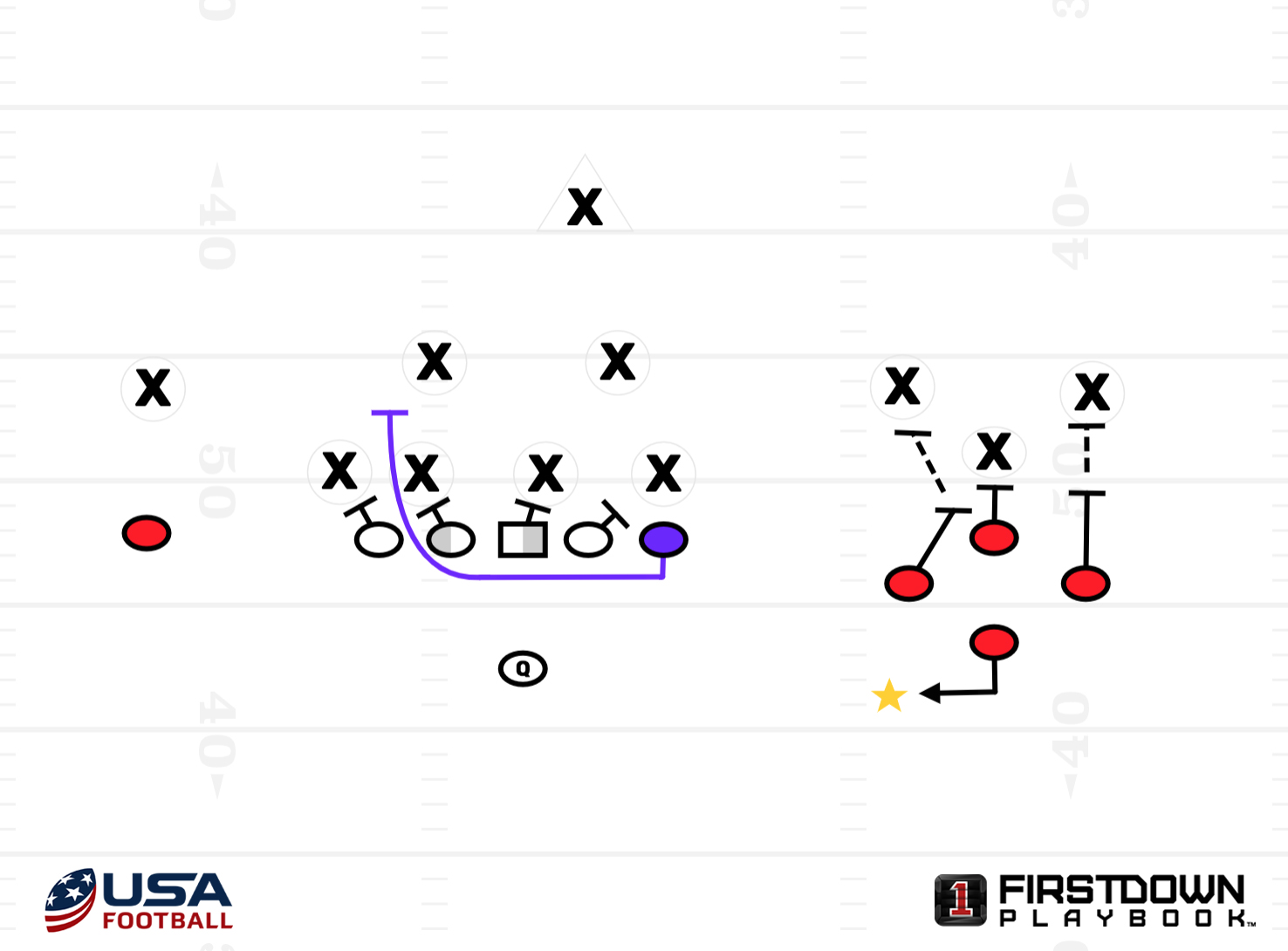 Unbalanced formations with tempo can really confuse a defense. Against Syracuse, Wake Forest went four receivers to the field and none to the boundary. Off run action, all they did was sneak the tight end down the seam.

This causes confusion in the secondary. This might have been a true play action fake, but they made it look exactly like any other run play with the receiver screen on the bottom and the pop pass action by the tight end. 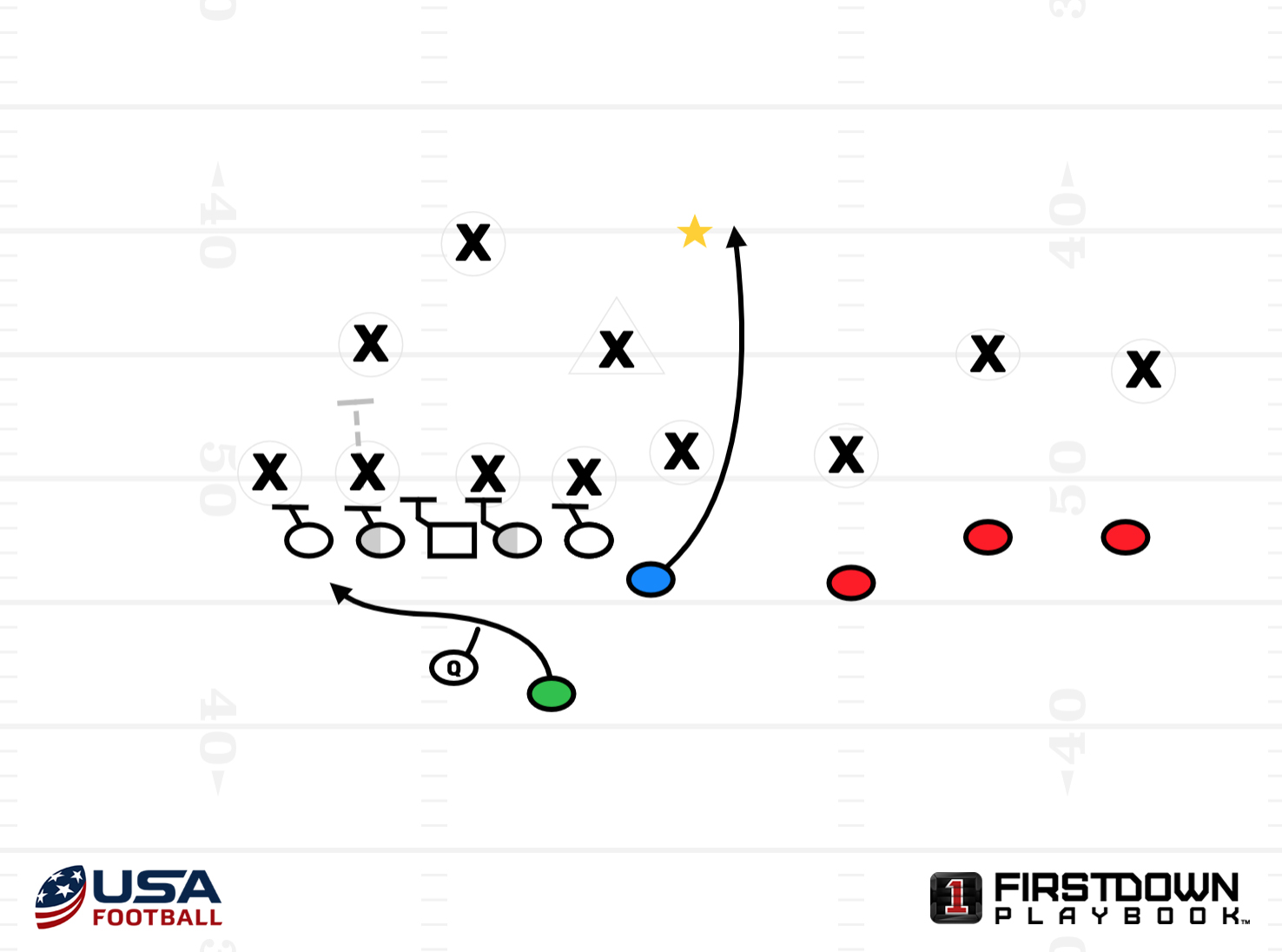 Another play action off their RPO look was a slant-return. Off the snap, they are showing a pop pass to the tight end and double slants by their receivers. After the ride by the quarterback, everything looks like it’s in the defenses favor. However, the outside wide receiver sets a pick for the inside receiver who turns back toward the wide open flat.

RELATED CONTENT: How NDSU built their System around the A-gap Power 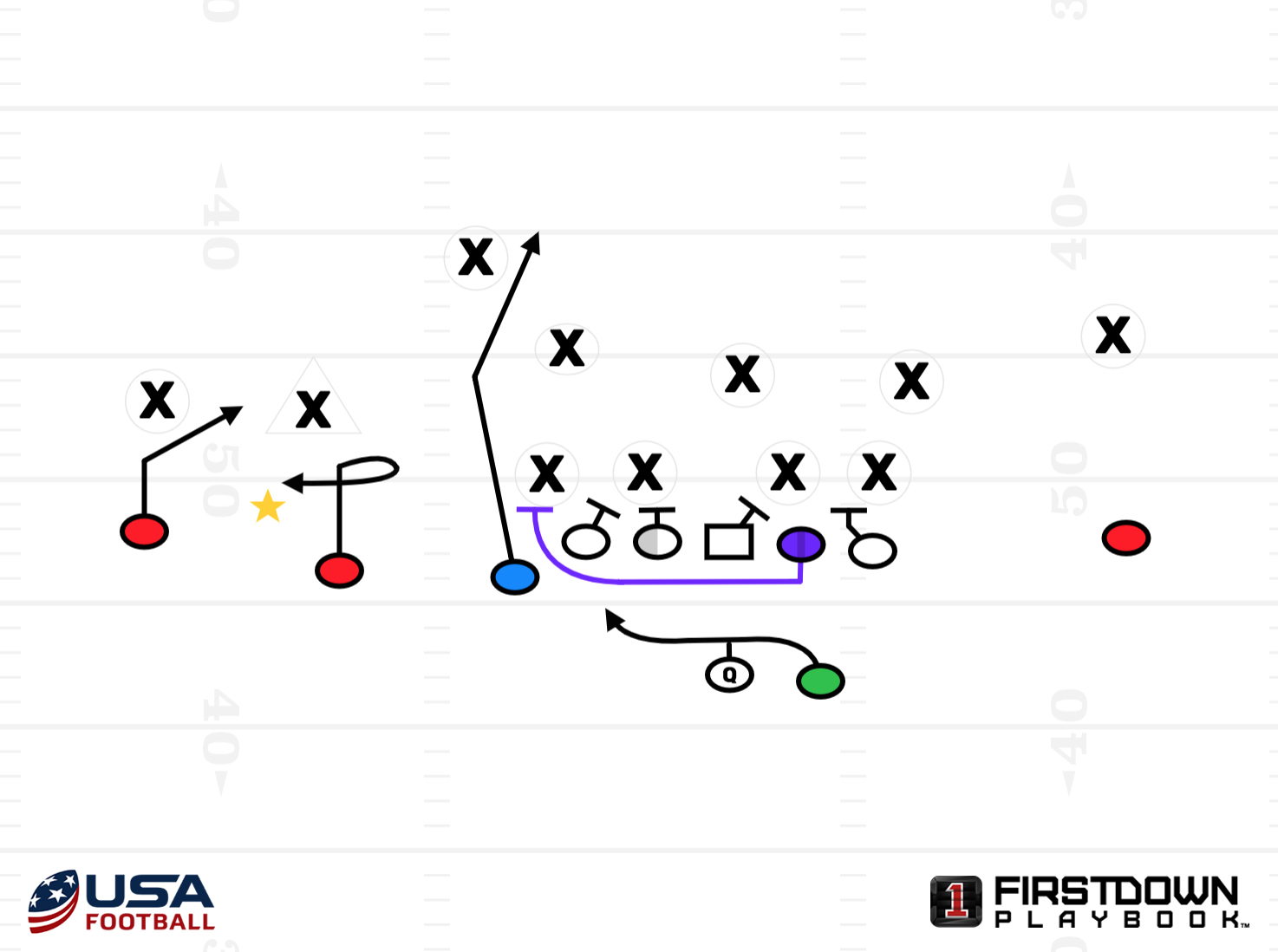 The best was their quadruple option.

1- Give to the running back

4- Fake block and fade by the outside receiver. 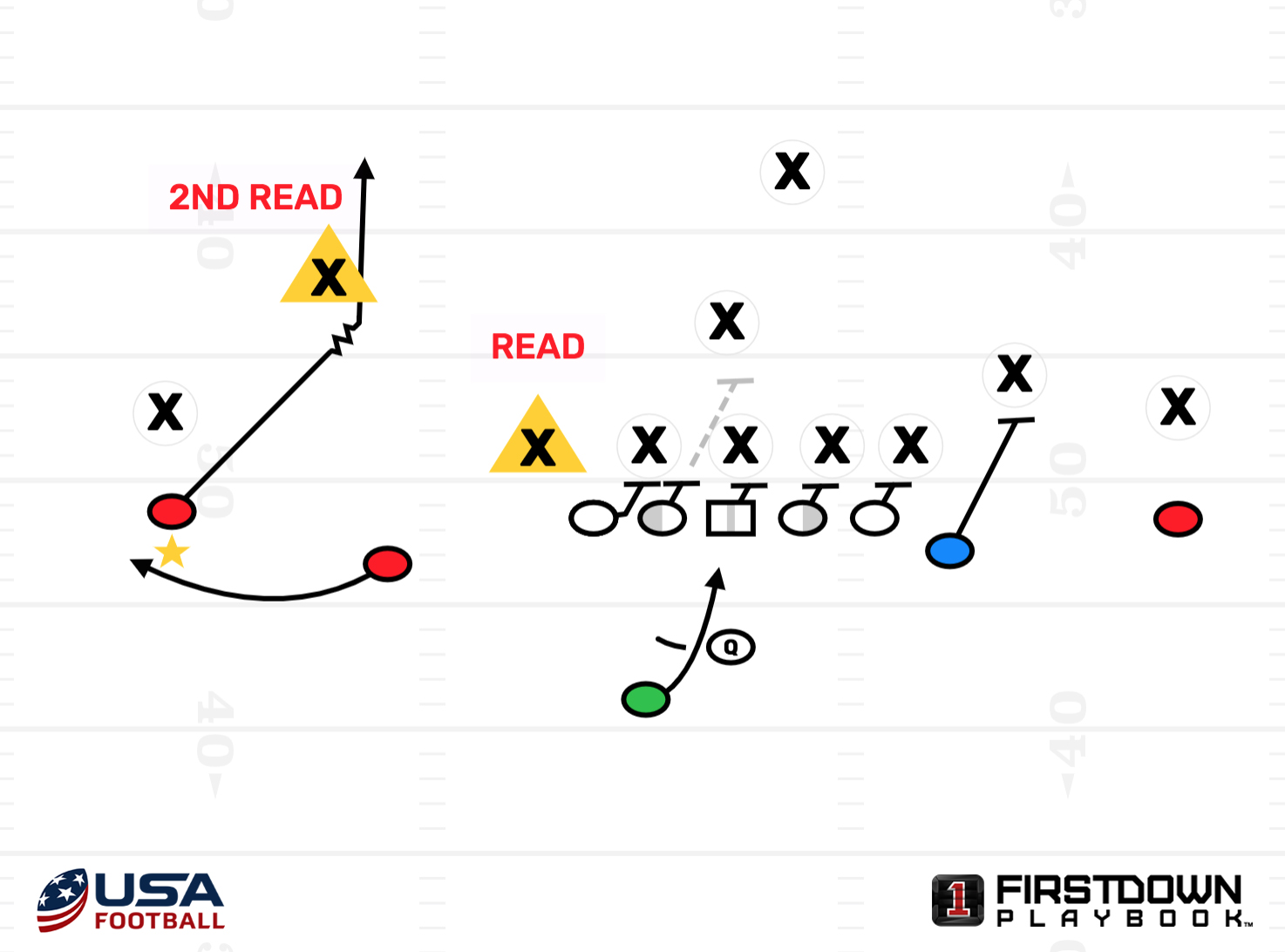 In 2017, Wake Forest had one of the most dynamic RPO offenses that was one of the country’s best kept secrets. Their offense is full of great concepts like this that can easily be added to your playbook.