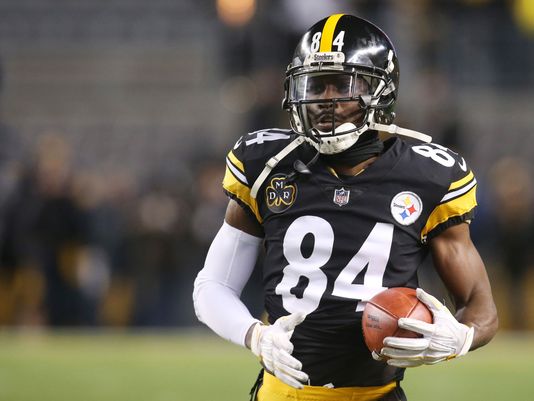 “Every great route starts with a great stance.”

It’s the truth. A wide receiver can set himself up for success every single play if he learns to honor his stance before the ball is snapped. This is time that great receivers spend diagnosing the defense, creating a plan to attack it, recreating a counter plan, visualizing the job and preparing himself to explode off the line with intent.

Every wide receiver at every level should practice stance and start every single day and take pride in doing so. Create a gamelike picture in your head, visualize a job that you will be assigned on game day and explode out on the snap. Practice that process over and over again and never get bored of it.

For any of the visualization and mental processing to work, the mechanics of a proper stance and start must become second nature. False steps, lazy pad level and wasted movement at the line are costly in the crucial moments of a football game if receivers do not take pride in perfecting them during practice.

Here are four commandments of a wide receiver’s stance:

Inside foot forward feels most natural for many players, especially outside receivers. Many systems that teach outside routes off of steps require the receiver to align with his inside foot forward consistently in order to guarantee everyone is counting steps the same way.

There can be systems that enforce inside foot or outside foot forward and can work the same way, but consistency is key to create a uniform method of teaching each route and avoid creating tendencies that defense can pick up on. NFL receivers and very advanced college receivers can often earn the right to switch up their stance as they like, but they must be avoid becoming predictable.

When starting a stance with their inside foot forward, many receivers like to pigeon toe the front foot, but 99 percent of them will turn it back straight before taking off.

If this shows up on film, the receiver should straighten his foot out and roll off of it. There are some players that prove they can roll off the outside part of their front foot without pivoting it straight, in which case a pigeon toe is acceptable, but that is rare. Most receivers align with a pigeon toe because they think it looks cool.

Eighty percent of weight on the front foot. Twenty percent on the back foot.

This must become a comfortable position for players to sit in for long periods of time because of “freeze” and audible situations. Make it feel natural.

When rolling off of the stance, the most important concepts to grasp are “no false steps” and “play low to lower.” Receivers already start in a low, athletic stance. So, from there and throughout the duration of the route or blocking assignment, receivers should maintain an even lower pad level – at least that’s the standard a coach wants to set. This allows every receiver to maintain power and leverage in press releases, breakpoints and stalk blocking.

With the 80-20 rule, there should be so much weight on the front foot that if the receiver is to move immediately forward, he has no choice but to roll off of it. This makes it easier to gain ground right away and avoid false steps.

“Roll off your front foot, low to lower,” is a phrase coaches use often that paints a clear picture in the players’ heads of what a good stance & start feels like. Against the best cornerbacks, a false step can give the defender all the advantage he needs to win the rep.

Eyes are the key

A good receiver will align quickly & scan the defense before setting his eyes inside at the ball.

This is a process that should occur on every snap and must be practiced and perfected. Scan the coverage triangle, gain information, see the football before it’s snapped – every single time. There is no excuse for a false start – ever.

It is absolutely critical for every receiver to hurry to the alignment after seeing the play signal or after breaking the huddle so that he can maximize his time creating a plan of attack and use his eyes to diagnose what’s in front of him.

RELATED CONTENT: How NDSU built their System around the A-gap Power

Coaches share many different philosophies for a receiver’s hand placement in his stance. The best advice is for a receiver to do what he’s comfortable with as long as he’s ready to engage in hand combat suddenly.

Receivers often feel most comfortable lining up with their hands relaxed at the sides, but there is also merit to bringing the hands up in front of their chest in tight press situations where immediate hand combat is expected.

Consistency, comfort and explosiveness are key in all aspects of stance and start. The best receivers develop a routine that they use on every play and eliminate wasted movement off the ball.