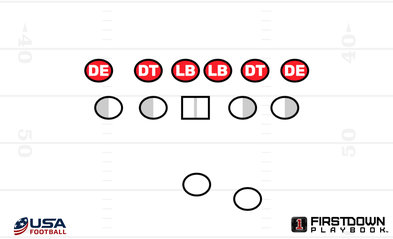 Blitzing is fun. It drives offensive coordinators wild and if there is anything that defenses want to do, it’s drive OC’s crazy.

From college to the pros, defensive coaches just can’t quit the double A gap pressure. It’s a way of terrorizing opposing offenses.

Adding this look to a game plan requires a progression plan. Offenses will have answers to these pressures, so the defense will have to have counters to those protection adjustments as well. 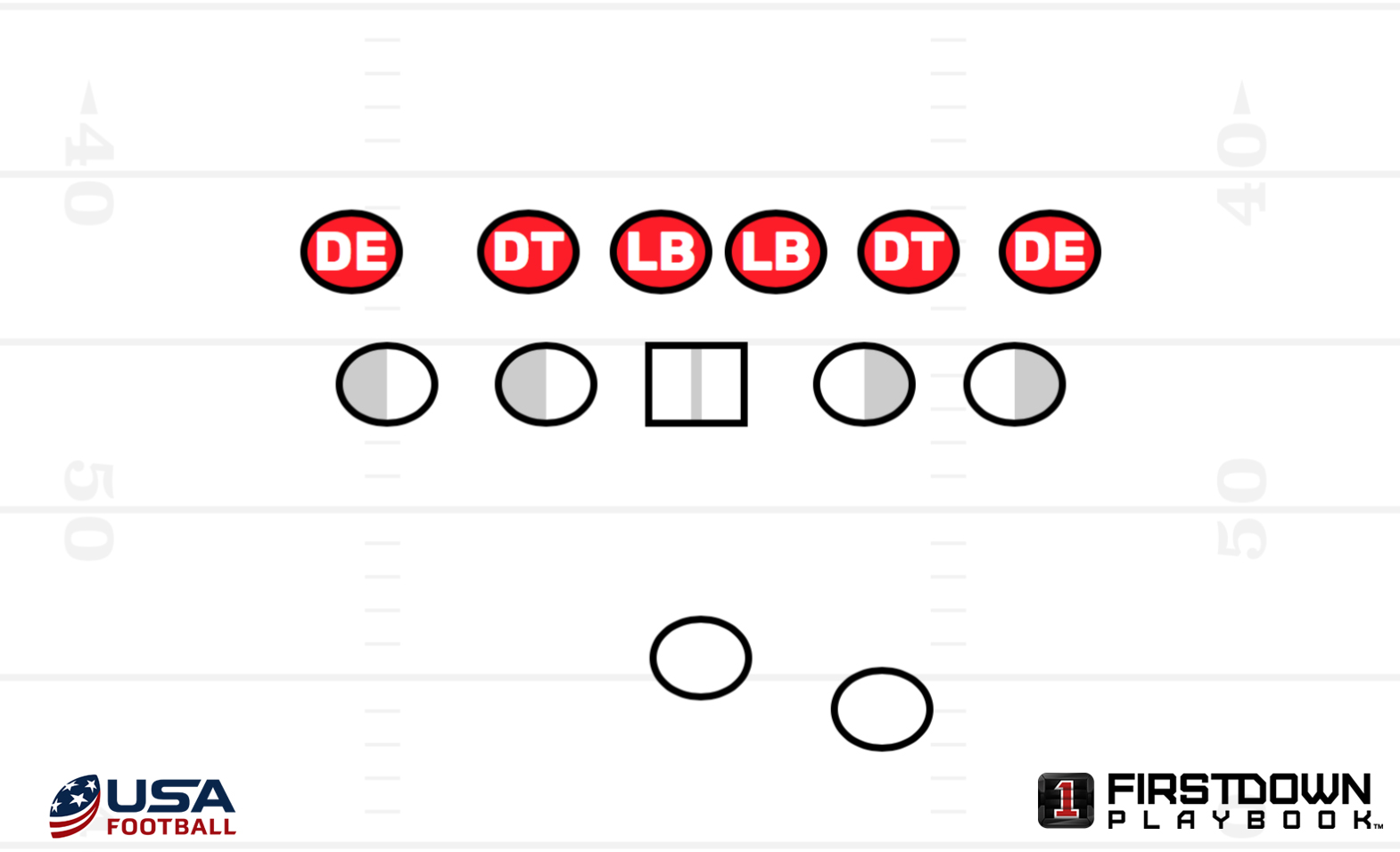 The two most common answers from a protection standpoint are:

1. Have the o-line fan block and then put the running back on one of the A gap linebackers.

2. Have the o-line full slide and put the running back on the defensive end.

If offenses chose option one, then the linebacker can bull rush the running back and knock him back into the quarterback’s lap. However, coaches must remain cognizant of the back leaking out on a middle screen.

When showing this look, the “peel” adjustment for defensive ends is a necessary tactic. This means that if the back releases to either side of the quarterback, the defensive end should lock on to him man-to-man. It’s easy to forget that, especially coming with an all gaps covered look. Teams will try to answer with a middle screen. To avoid being burned by this before, the blitzing linebacker should be coached to stay square on the running back just in case he decides to leak out. 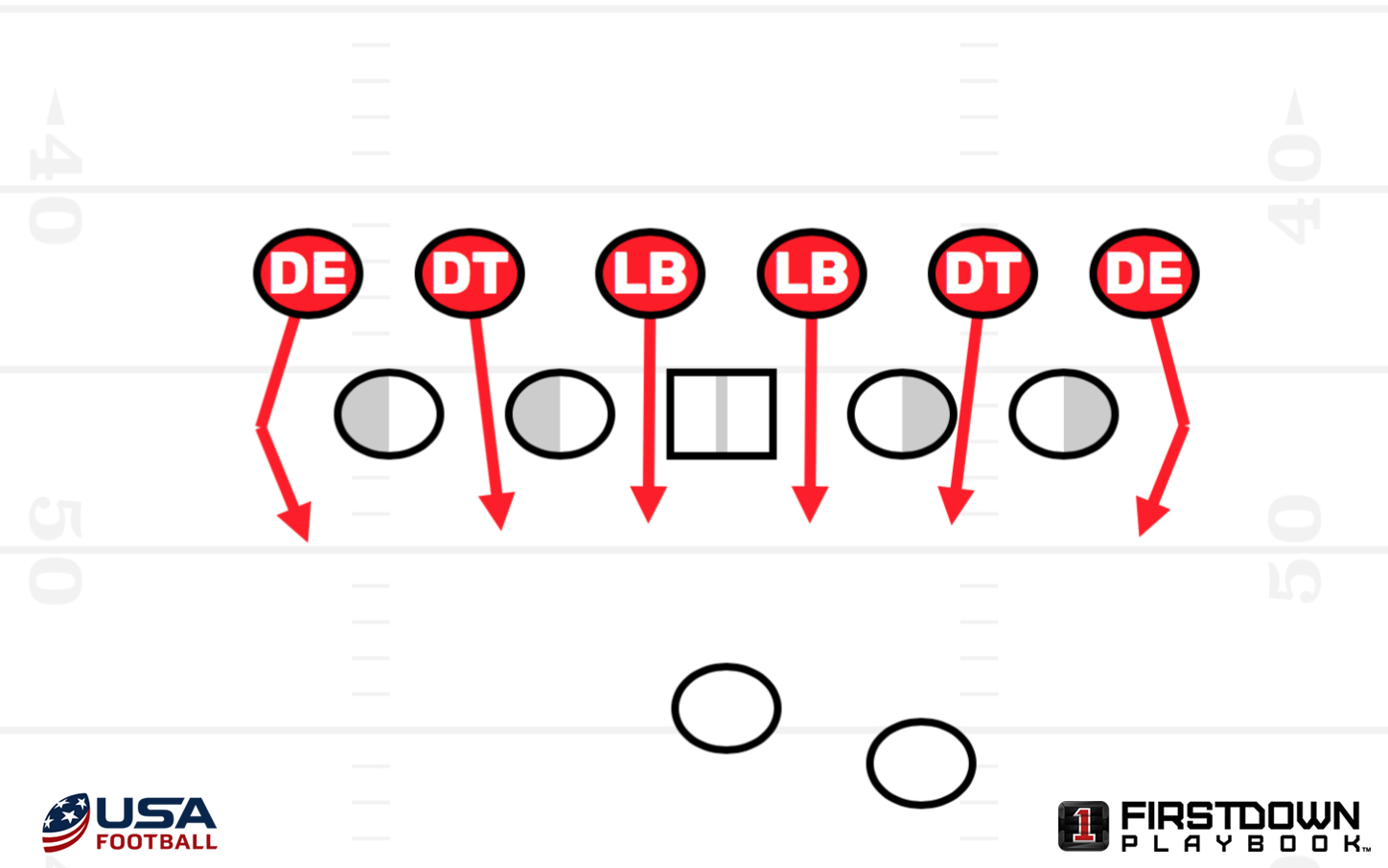 One idea that works well for smaller, faster linebackers who might not be big enough to knock the running back into the quarterback is to switch to a “Double Gum” front. This look puts the interior tackles in the A gap and the linebackers in the B gap. If offenses fan the protection, then a bigger guy is attacking the smaller running back. 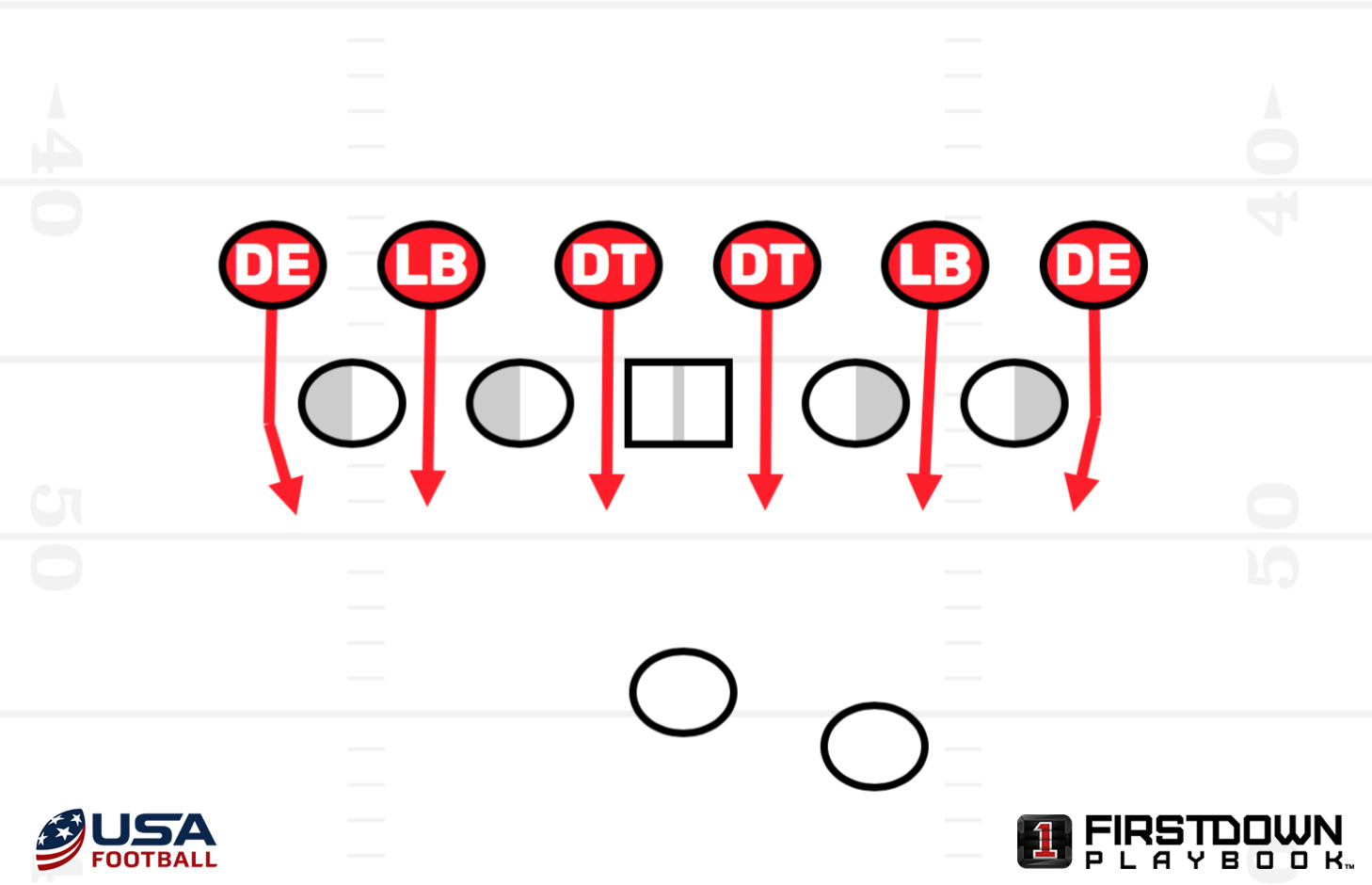 When teams start using a full slide protection and put the running back on the edge, strategically it’s time to start dropping out of the blitz. The defense will now have the one-on-one it wants with the running back on one of its better pass rushers and can drop the two mugged linebackers. Now, the five offensive linemen are in a full slide against the only three remaining defensive linemen. The defense still puts its defensive end against the back. By dropping the linebackers, the defense can also play more varieties of coverages. 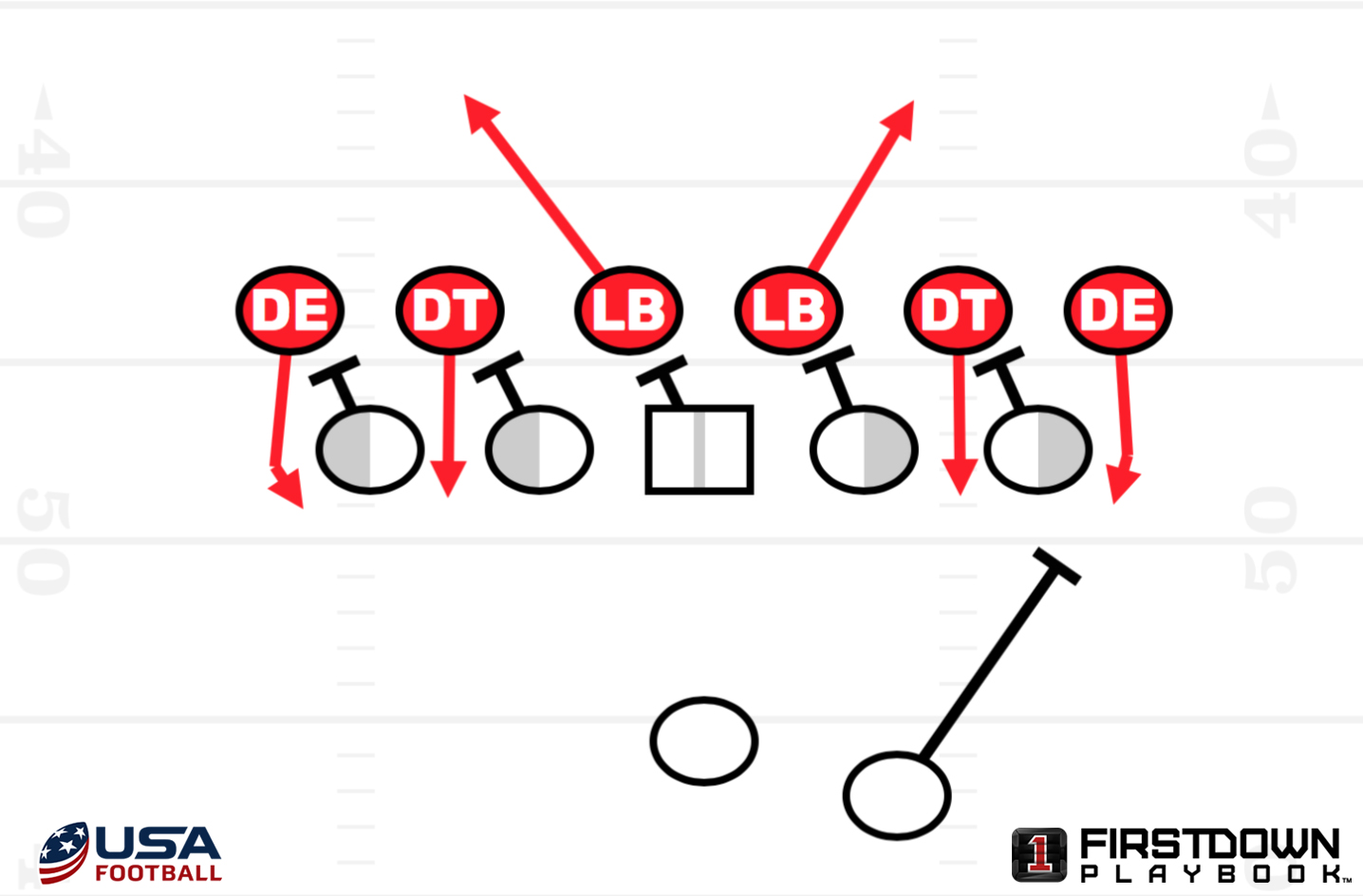 Against the fan protection, a read blitz from the two inside linebackers can be an effective tool. The linebackers are coached to read the center. If the center pops towards him, then he should jab step into the gap and fly out in coverage. The other linebacker would run through the open A gap (to the running back), which will waste the center in protection and get an extra player in coverage in case the pressure doesn’t get to the quarterback. 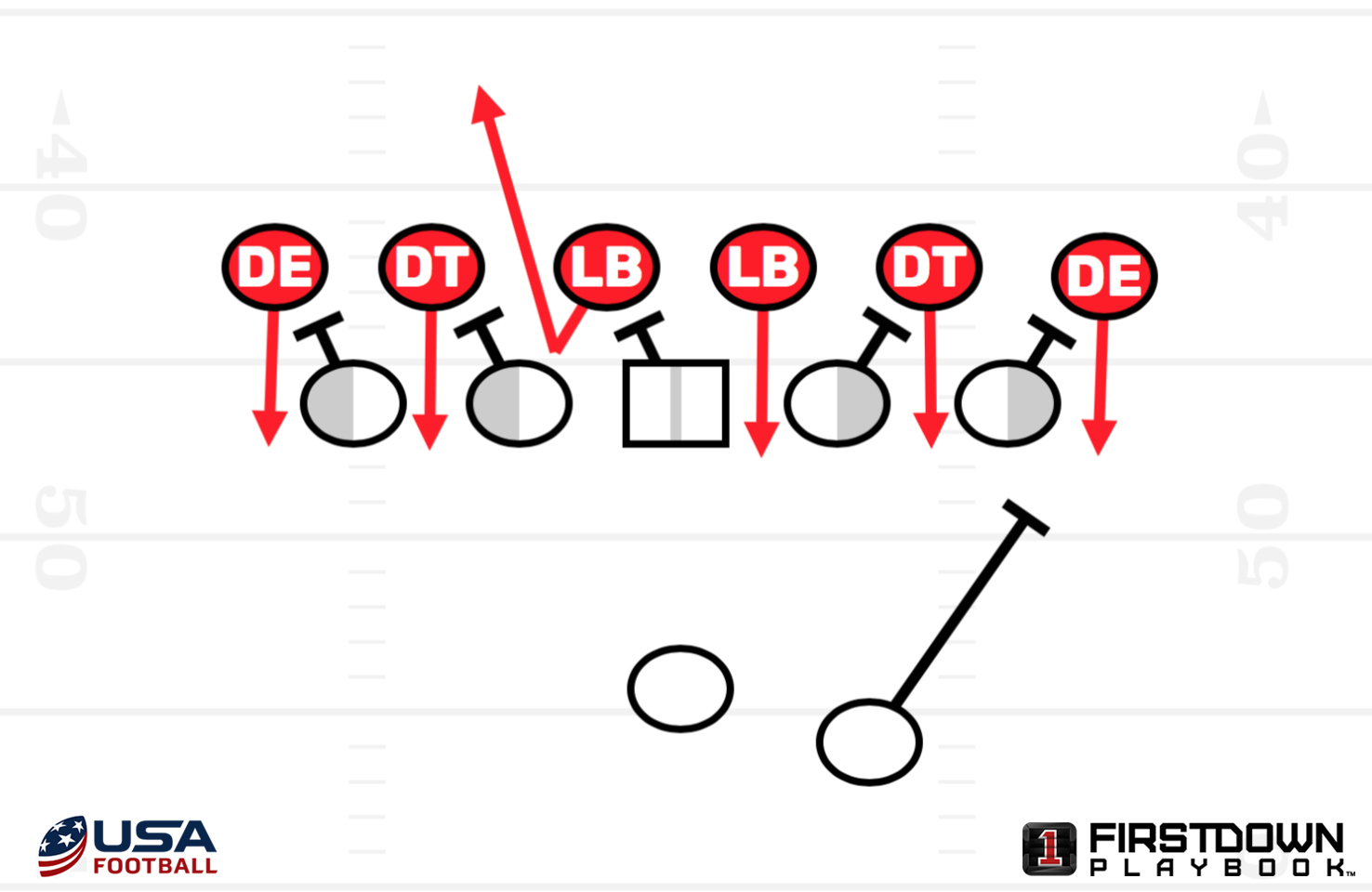 Another variation is the “X-read.” This is still part of the six-man pressure but, again, the center is influenced to give the defense what it wants. If the center pops towards one of the linebackers, he would jab step in the gap and this time would loop around him into the opposite A gap while the other inside linebacker would pick the center’s hip before rushing up field. The plan is to get the running back to attack the linebacker setting the pick before the looper comes in unscathed. 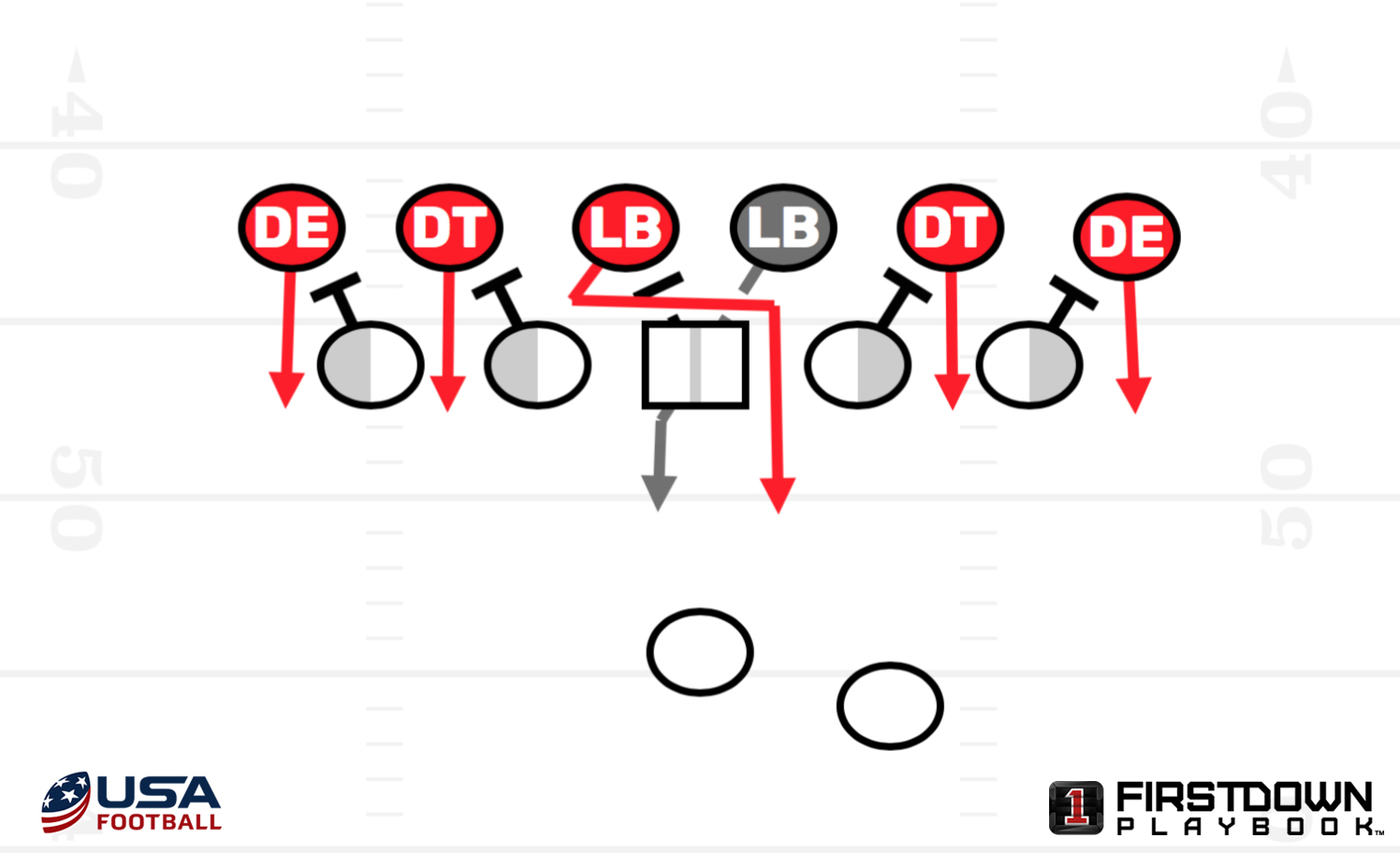 The most obvious coverage when sending six, with only five defenders left in coverage, is to play Cover 1 and match all receivers up across the board. Defensive backs can also be played in off coverage to force a quick throw on a speed out or slant and come down to make the tackle. Pressing the defensive backs on the line of scrimmage to force the quarterback into waiting around in the pocket for the receivers to get open is another option.

Another option is to play zone. The “HOT” coverage popularized by Mark Dantonio and Pat Narduzzi at Michigan State is another possibility. It’s a three deep, two under fire zone coverage that shifts based on how the quarterback opens.

Double A gap mug pressures have become popularized over the past few years across all levels of football. It's a trend that doesn't seem to be coming to end anytime soon. It creates havoc on the offensive line and often confuses them leading to pressures and sacks on the Quarterback.

Get started with the complimentary Shoulder Tackling System and access 22 drills.