7 mistakes many athletes don’t recognize until they get older 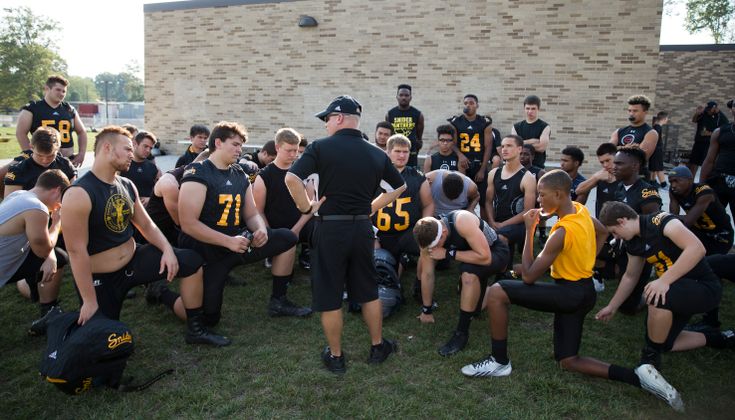 Everyone makes mistakes, especially in sports. It’s how athletes respond to those misfires that helps them learn and grow.

Not all failures happen on the field, and sometimes, young athletes – especially those who shine during competition – have a difficult time identifying their flaws until much later in life when it's too late.

Strongerteam.com offered seven mistakes student-athletes can make but often don’t realize until their playing careers are over.

1. Only doing the minimum: Talent will win the day at the youngest levels, and many good athletes failed to become great because they didn’t work hard all the time at practice. As players get older and the talent evens out, this becomes even more apparent.

RELATED CONTENT: How to be a good teammate in the offseason

2. Taking downs off: Some wide receivers don’t block or finish their routes if the play goes to the other side of the field. Some running backs don’t execute their fakes if they aren’t getting the ball. This can’t happen. Teams find their most success only when all 11 players do their jobs all the time.

3. Focusing on numbers: There’s only one statistic that truly matters – wins. But there are athletes at every level who get caught up in personal numbers, even to the detriment of the team.

4. Trying to control everything: Whether yelling at referees or micromanaging teammates, athletes need to focus on their own play and leave the rest to the coaches.

5. Taking gambles: Whether it’s quarterbacks going for the long bomb over a checkdown, running backs losing yards by bouncing outside, or linebackers missing tackles for the big hit, players who make smart decisions best help their teams and find success comes more often.

6. Too much pride: Players need confidence, but they also must be coachable. When the play calls for someone to zig, they can’t zag, or the whole thing blows up.

7. Lack of commitment: We all need a life outside of football, but once an athlete signs up for the season, they must be all-in for practices and games.

This is an updated version of a blog that originally published July 22, 2015.