4 ways a U.S. National Team scout knows if an athlete is a future NCAA Division I football player 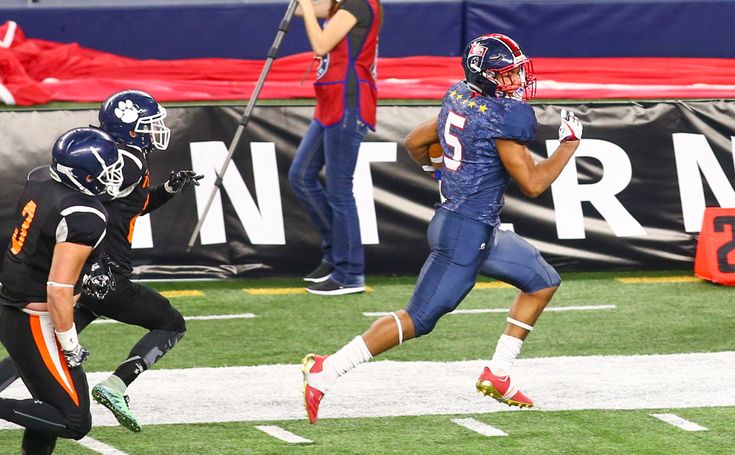 Upper-level high school athletes across the country compete for their school with the same ultimate goal in mind: become an NCAA Division I football player.

While the athletes work toward earning that title, D-I coaches and recruiters stress over which prospective players fit the bill and which might be better off at Division II, Division III or NAIA.

The same can be said for USA Football coaches and scouts, who search for top-level talent to play for the U.S. National Team in the annual International Bowl. This past winter, the U-19 National Team that defeated Canada 33-0 consisted of 48 athletes, all of which will be moving on to join D-I football programs this upcoming fall.

Western Kentucky University special teams coach Brock Willis, a past USA Football regional scout, works with D-I athletes on a daily basis. Here's what he says it takes to reach the highest level of college football:

“The main difference in being a Division I athlete is athletic ability. It’s about being the total package,” Willis said.

The old saying says don’t judge a book by its cover, but in terms of athleticism, sometimes it’s not too difficult to tell which players look like Division I athletes.

However, it’s not all about looking like a next-level athlete. Determining the future of high school athletes is all about what they can do on the football field when it matters.

“When you’re looking for a kid that has the total package, you want to see the physical tools, appropriate sizes, speed, quickness, all of those things,” Willis said.

If an athlete decides to take their talent to the Division I level, they must be prepared for the challenges that await both on and off the field. Coaches and scouts will leave no stone unturned when deciding whether an athlete is prepared for the rigors of being a D-I student-athlete.

“We’re not only looking at grades and test scores, we’re going to talk to guidance counselors and teachers, too. We talk to people that you see every single day,” Willis said. “We want someone who is going to be a winner in the classroom.”

Football players know team chemistry is one of the most important factors when it comes to a team’s success.  Five-star recruits are meaningless if they come into the program and immediately tear the locker room apart, turning teammates against each other.

“When we go recruit an athlete, we don’t just talk to that athlete. We may talk to someone in the community,” Willis said. “We want to hear as many good things about a prospect as we possibly can.”

RELATED CONTENT: Former National Team players show they're impressive off the field, too

If a football program has to decide between athletes of very similar skill sets, a coaching staff knows what character qualities it wants to determine who's a better fit.

“We look for kids who are winners and leaders, but also humble. Kids who are recognized as being honest and hardworking. Kids who get involved in their community,” Willis said.

If a coach is going to watch a Division I prospect in person for the first time, there's a good chance they've already seen that player before.

“I would recommend (to an athlete looking to play college football) to get exposure. All different types of exposure,” Willis said. "Get your film out there. Don’t be afraid to email college coaches.”

Especially when reaching out to programs across the country, it's important for athletes to take the time to put themselves out there.

“Regardless of whatever recruiting tool you use, your film is your resume,” Willis said.

This is an updated version of a blog that originally published March 26, 2016.