Setting the Nose in the Tite Front 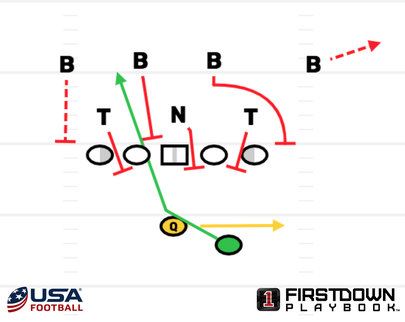 Running the Tite front allows for speedier inside backers to flow without having to deal with guards and tackles getting their hands on them while also giving you the option of dropping four off-ball linebackers in coverage on any given play. Still, there are avenues for offenses to attack the front if you are not prepared.

Where you can get in trouble is with zone read action depending on which linebacker you allow to be conflicted. If you choose to keep your C-gap off-ball linebackers conflicted, this particular play can hurt you: 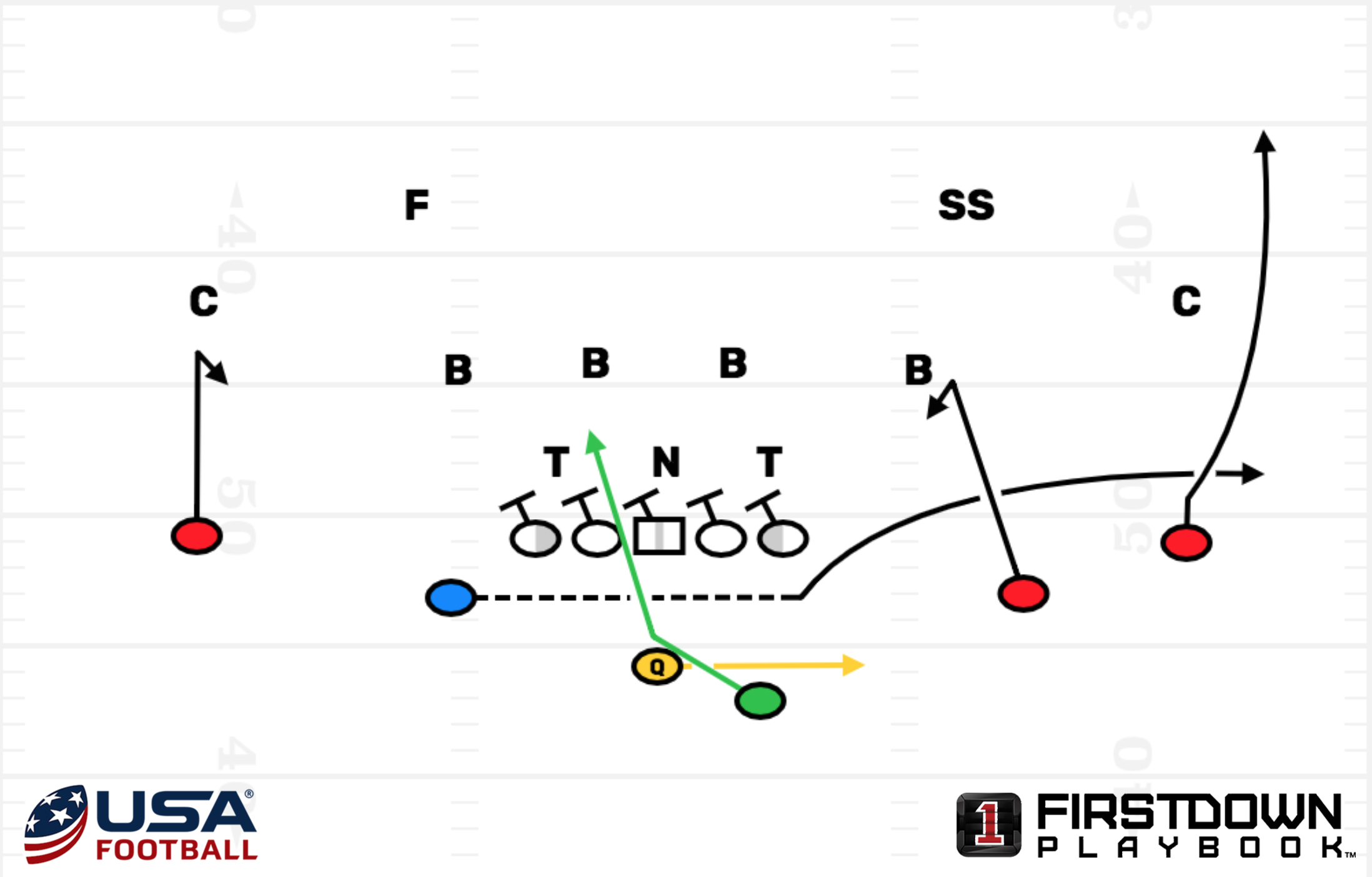 The outside linebacker is in a no-win situation. If he played the quarterback, the inside spot route is wide open. If he stayed in coverage, the quarterback could give or just keep and throw a slice route to the flat.

You will inevitably get a zone concept against you and keeping the outside linebacker in conflict might not be the best answer.

With four inside gaps between the two offensive tackles, there’s a surplus of defenders for those four gaps with the three interior lineman and the two inside backers. The outside linebacker can be freed up from a conflicted position.

If the nose tackle can bang the gap away from the direction of the zone, you can free this linebacker up.

There’s a couple ways to do this. Giving the nose a direction based on where the running back aligns is one.

For a younger kid playing nose, this might be the way to go, especially if teams are running a classic zone read where the running back crosses the quarterback’s face.

He is to attack the A-gap to the side of the running back with a left/right call from the linebackers. This allows the backside inside backer to slow play the cutback from the running back and quarterback keep from up top. The frontside linebacker can hard flow quickly into his A-gap. 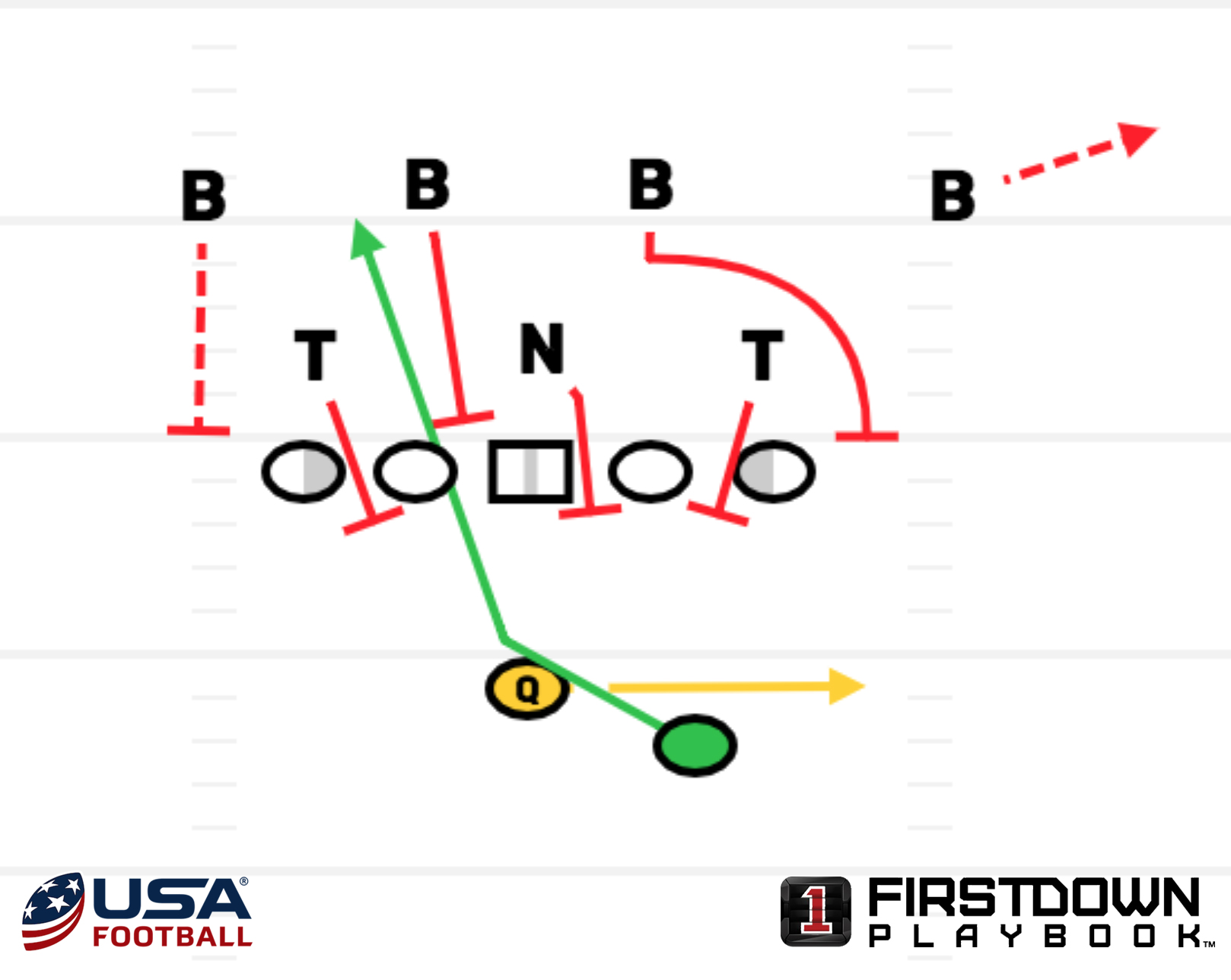 If the ball cuts back with the running back or the quarterback keeps, the linebacker scraping over top is playing a slow B-gap to C-gap technique just in case the defensive end gets pinned outside. In an ideal world, the end stays B-gap, but we don’t always live in an ideal world.

The issue is that if the offense doesn’t give you an easy pre-snap alignment, you need to go away from your right or left call. 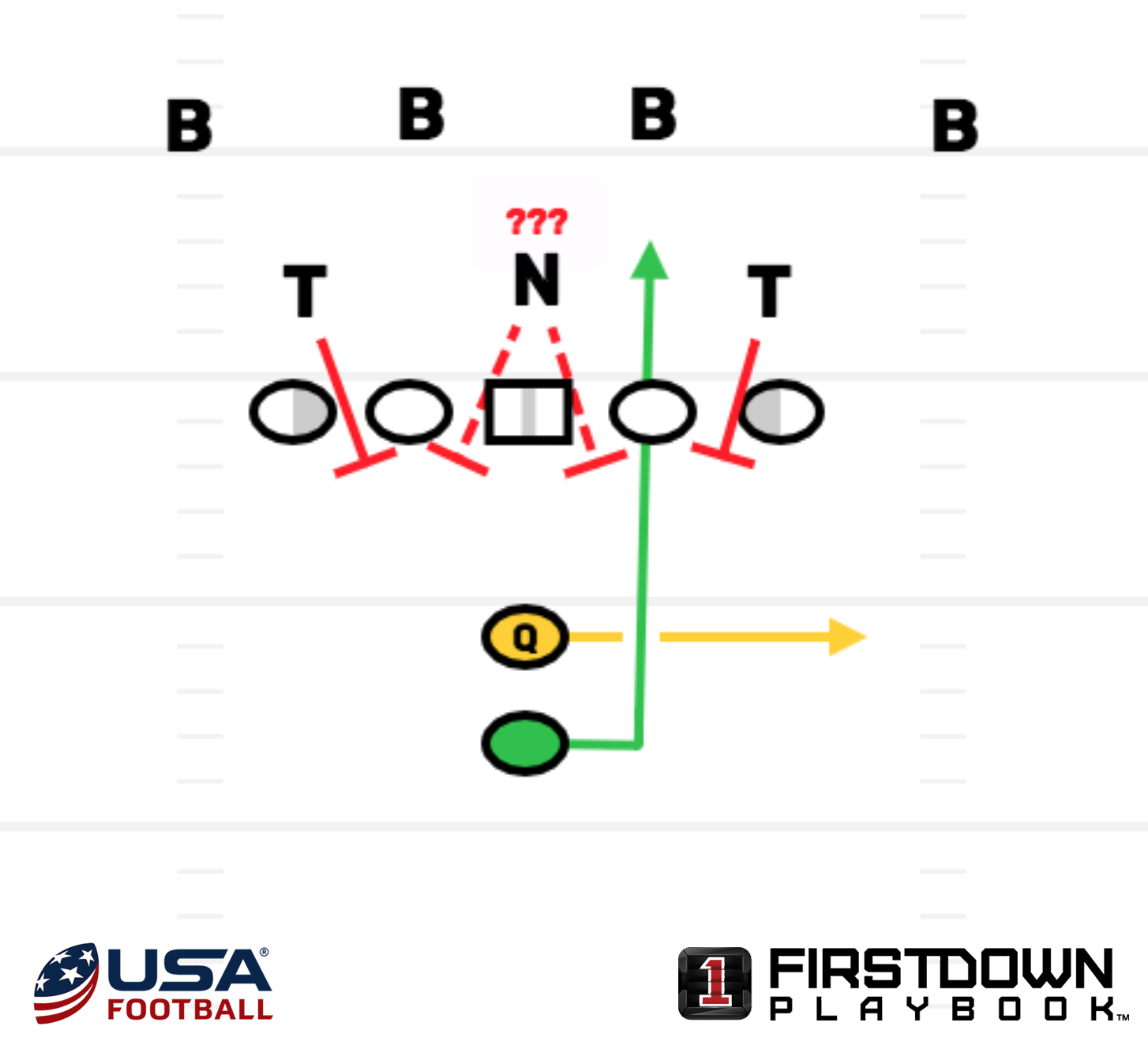 RELATED CONTENT: Learn how Army's Defense was a Knightmare for opposing offenses this season

The second solution is to give the nose the freedom to “lag” or “backdoor.” This creates a natural gap exchange without having to call anything. The nose will fill the A-gap away from where the center steps to. Inevitably against zone, he will go to the backside A-gap. This would free up the backside linebacker to still play cutback and quarterback. It would also still allow the outside linebacker to be free to play in space.

Coaching points for the nose are as follows: Once he feels the center is trying to reach him in any direction, he clubs and punches over away from the center. He still had to come vertically first with his steps so he’s not waiting too long before his club. The club helps him stay skinny in the gap as his shoulders swing with this club move. This helps because the backside guard would have a harder time reaching him and overtaking him. Now, he can redirect and chase down the line.

Freeing up the outside linebackers is a huge bonus you can get from being in the Tite front and it can start with the nose tackle’s technique. Like all good defenses, connecting all 11 players to the same chain is step one in creating a winning habit.