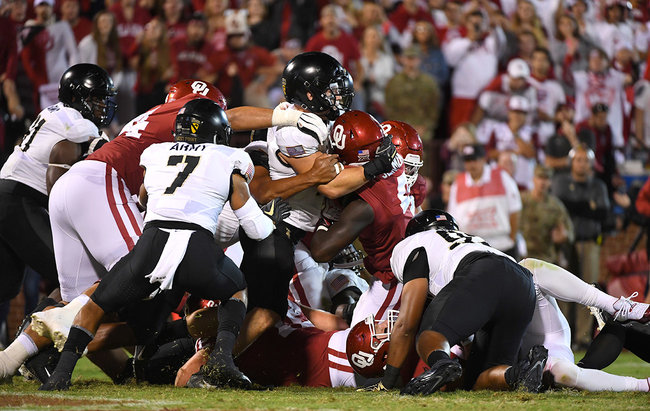 After posting a 10-win season in 2017, the Army Black Knights one-upped themselves with an incredible 11-win campaign in 2018. It’s the first time the Knights have ever had an 11-win season, and the 11-2 season is their best in terms of winning percentage since they went 8-0-1 in 1958. Under head coach Jeff Monken, Army has put together three straight winning seasons, capped off with a bowl win in each, including a rather convincing 70-14 beatdown of Houston in the Armed Forces bowl to cap off this past season.

With the winning seasons come postseason awards, Sports Illustrated pieces and bigger schools knocking on your door. Defensive coordinator Jay Bateman was subject of all three byproducts this season. He was nominated for the Broyles award, given to the best assistant coach in the country, featured in Sports Illustrated’s Future of Football piece and eventually North Carolina came calling and made him their new defensive coordinator.

Army had to defend the least amount of plays in the nation this year: 615. The only other team who defended under 700 snaps is Southern Miss at 672 plays. The Army offense was second in the country in drives that lasted over four plays at 78 percent. Army also led the country in average time of possession by three minutes.

The almost incredible upset of Oklahoma shows how this benefits the defense. Oklahoma drove the field to end the third quarter and start the fourth quarter. Army stopped the Sooners on the 1-yard line on fourth and goal with 12:30 left in the game. The next time that the Sooners offense got back on the field there was only 2:30 left to play.

With all that said, the Army defense was excellent in certain areas, and no more successful than on third down. Again, they faced the least amount of third downs at 116 plays. However, they dominated on those downs. Only 26.7 percent of third downs were converted against them, ranking third overall. Under Bateman, the Black Knights are No. 20 over the last three seasons in yards per play. This Army defense has its bright spots but looking deeper into the numbers is important.

On early downs, Bateman lined up in 2018’s trendiest defense: the Tite. He played it a lot like LSU defensive coordinator Dave Aranda likes to play his. 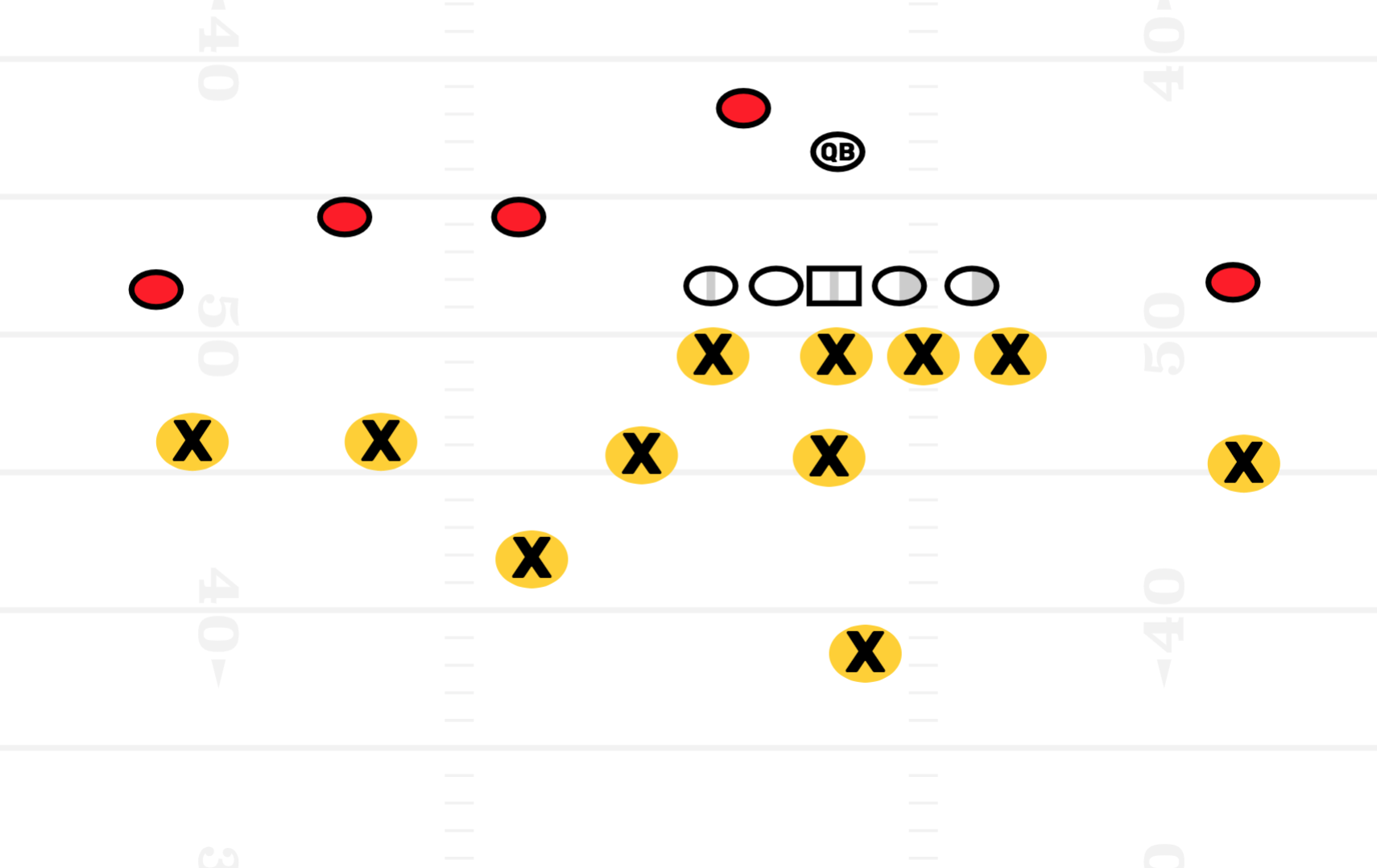 Against tight end or H-back sets, he’ll convert into more of an Under front which is par for the course with Tite teams. 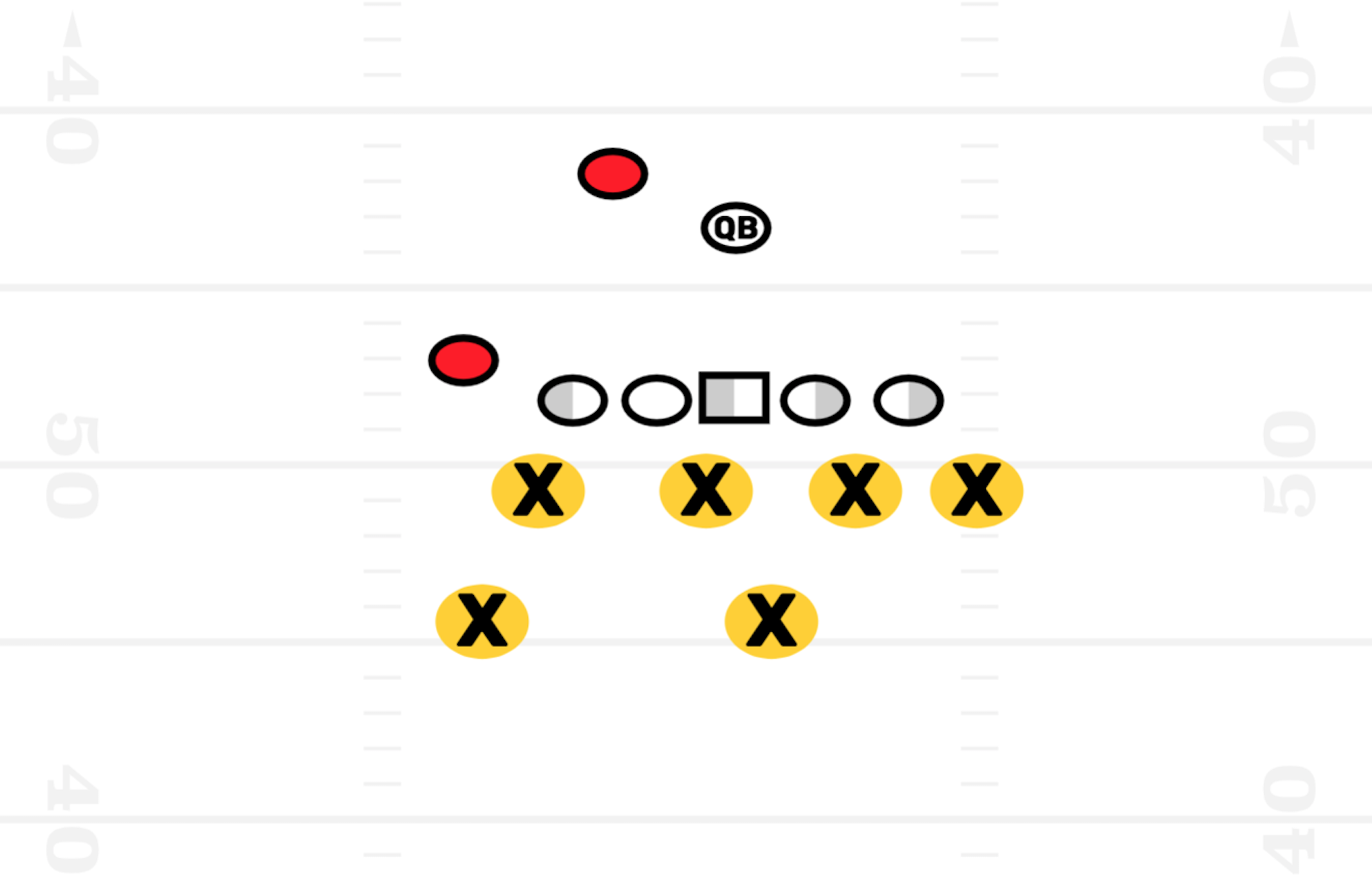 RELATED CONTENT: How Washington has snuffed out the Air Raid

Bateman disguised his coverages a lot. He often showed a two-high shell before rolling down into Cover 3, Cover 1 and sometimes rolling both safeties down into Cover 0. He blitzed from everywhere – corner blitzes, nickel blitzes, etc.

When he can get a team behind the sticks on third down, Bateman is a big believer in the all-gaps covered front. He doesn’t always blitz every defender at the line of scrimmage, but instead, likes to show the look, drop out and bring pressure from a different angle.

When he doesn’t come from the outside, he’s relied on this U-stunt a lot. 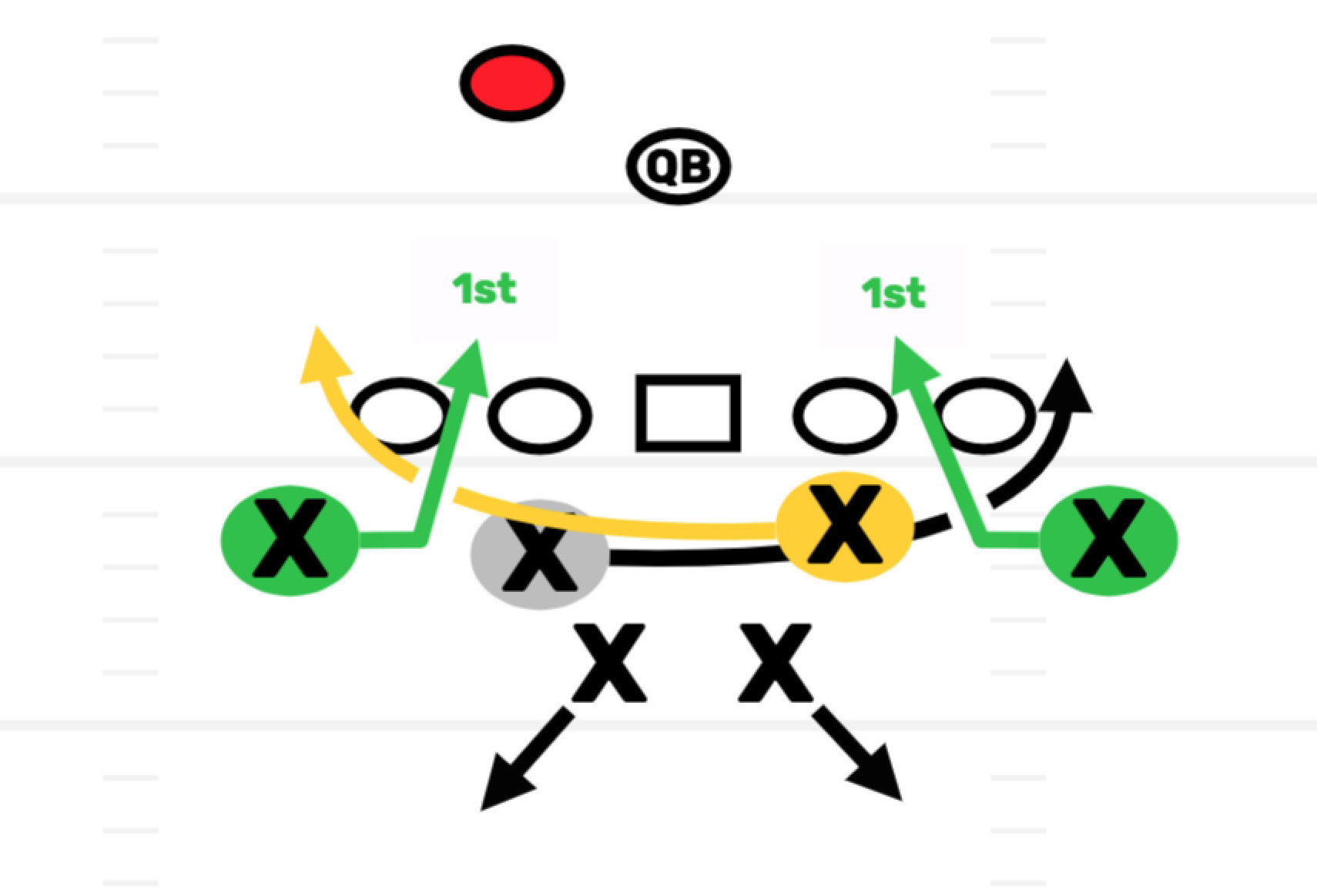 The ends bang into the B-gap, forcing the pocket to collapse before two interior players loop around the soft edge. Because of the time it takes for the interior players to loop, the offensive tackles don’t think to switch off their defensive ends and set for the looper. If they can get the quarterback in his second or third read, the pressure has a chance to get there.

Bateman is also not afraid of lining up in his base front and then stunting or blitzing from that. He got to Oklahoma and Houston doing just that.

Bateman does some fun stuff on defense, especially from a pressure perspective. Being able to be just good enough with an Army defense that was abysmal for over 20 years before Monken and Bateman arrived is special in its own right. If the Army defense forced a third down, Bateman was coming after them, and it worked. They got off the field and then rested on the sideline waiting for their offense to get off the field. It’s a strategy that works perfectly for the service academies and has led to a lot of success for the Black Knights the past few years.