Learning from UCF - Diversity in the QB Run Game 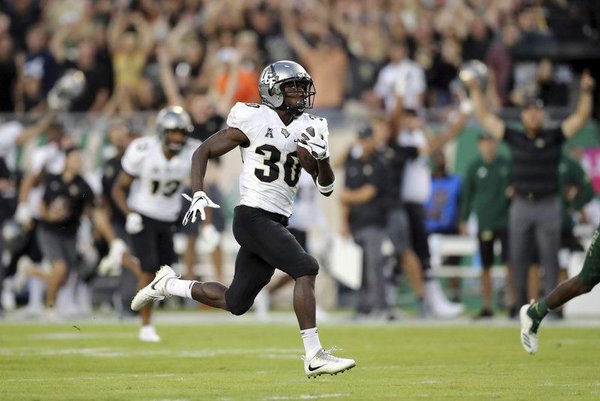 The University of Central Florida football team didn’t miss a beat after the departure of former head coach Scott Frost after an undefeated 2017 campaign. In 2018, under first-year head coach Josh Heupel, UCF went 12-0 with a Fiesta Bowl appearance against LSU.

UCF is averaging 44.2 points per game (6th in the nation). They are a spread team, but they spread teams out to run the ball and are averaging a ridiculous 277.4 yards rushing per game.

When star quarterback McKenzie Milton went down with a gruesome injury, the UCF team would once again have to overcome adversity when they faced the offensive powerhouse that is the University of Memphis Tigers in the ACC championship game.

Redshirt freshman quarterback Darriel Mack Jr. stepped in and led UCF in a comeback win against Memphis-- beating them 56-41. Though Mack Jr. picked apart the Memphis defense with his arm, his ability to run and just the threat of it was key to the UCF offense. 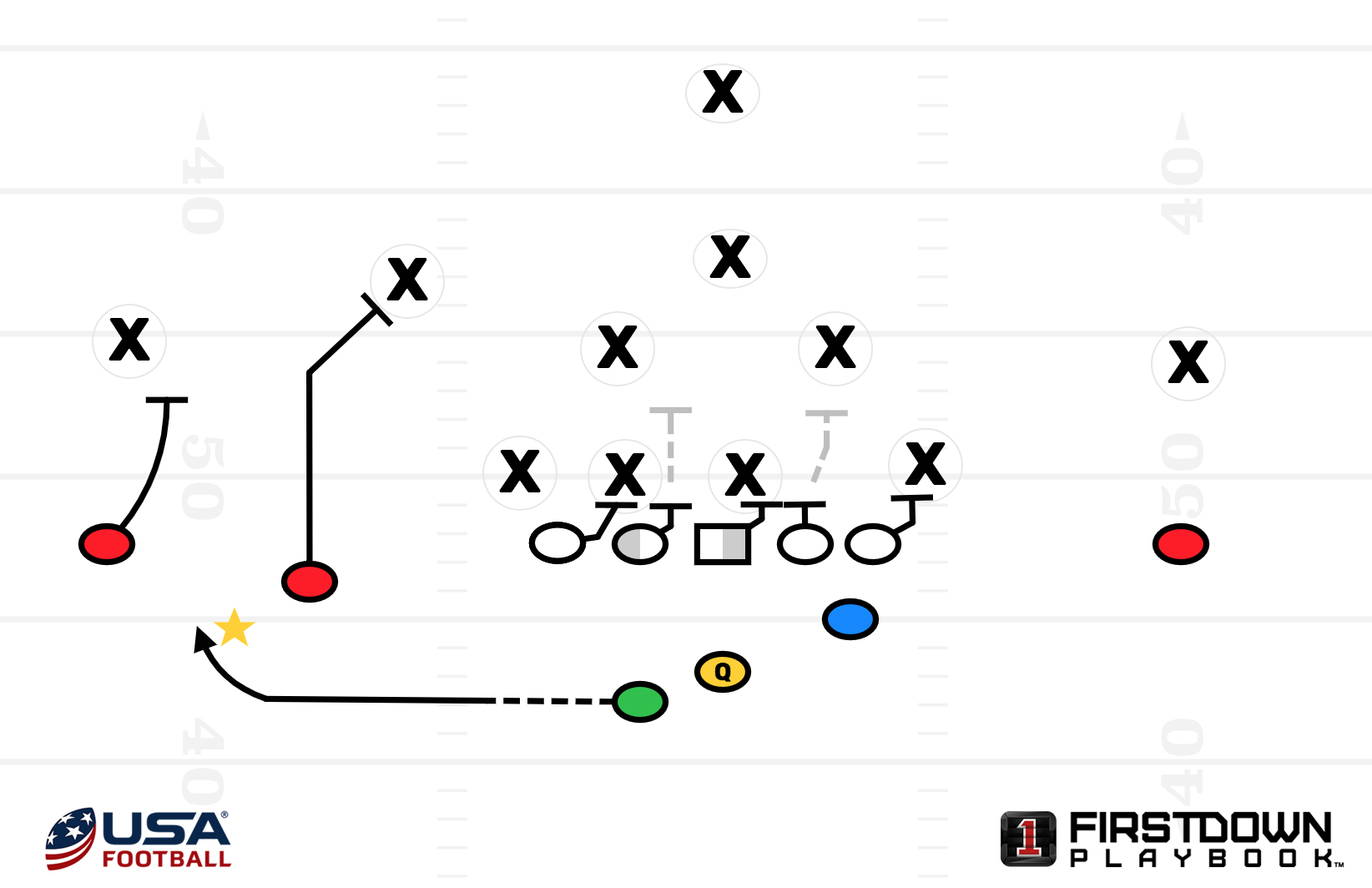 On this concept, Mack Jr. motions the running back outside and watches to see if a defender follows him outside. No one follows the running back so Mack Jr. throws the bubble screen. The defense was outnumbered on the perimeter and the offense gets a nice gain out of the play.

If a defender followed the back out of the box, UCF would have a numbers advantage and Mack Jr. would have ran the ball. The offensive line and H-back blocked a split zone concept.

The QB power read is a scheme that was made famous by Cam Newton during his time at Auburn. The War Eagles rode the play all the way to a national championship.

The offensive line blocks “power” with the frontside of the line down blocking while the backside guard skip pulls and leads up into the hole. The defensive end is left unblocked for the quarterback to read.

If the end stays outside to contain the sweep, the quarterback will keep the ball and follow the pulling guard like Mack Jr. does in the clip below: 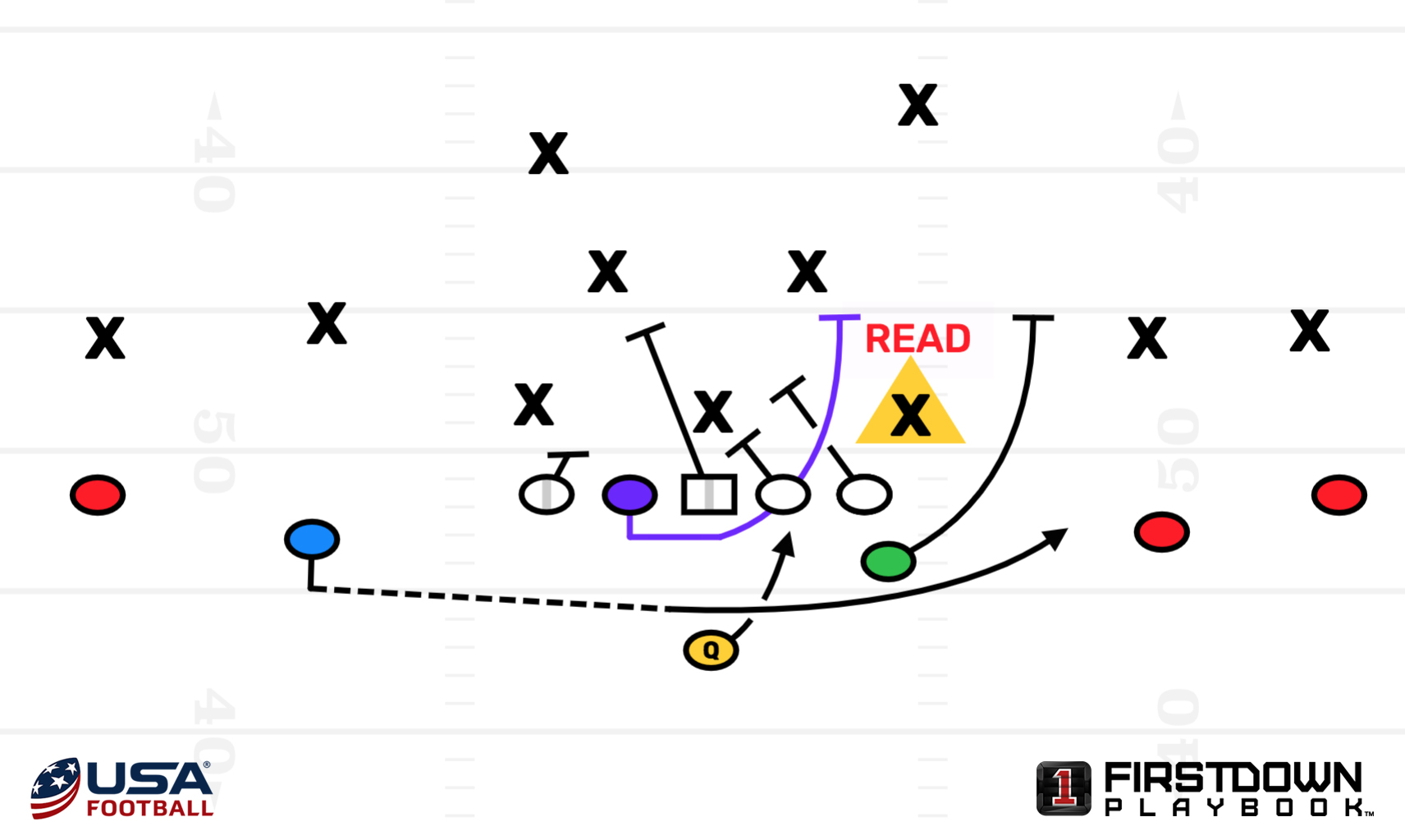 UCF seems to also have a “give” call rather than a read if they want to hand the ball off on a sweep. 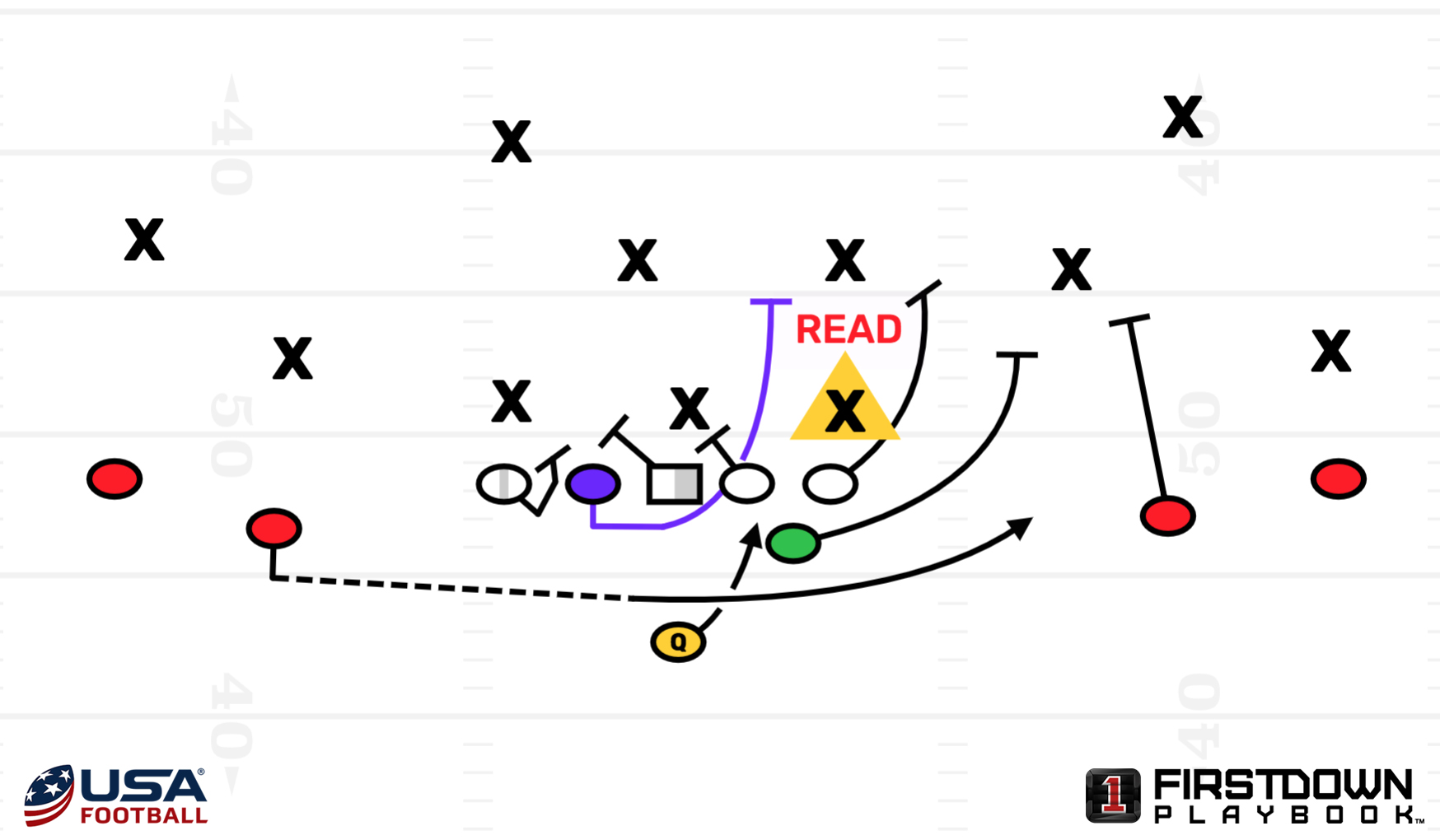 On this play, the Memphis defense doesn’t have a contain player on the edge of the defensive line so the playside tackle arc blocks to the inside linebacker and leaves the 4i technique defensive lineman unblocked for Mack Jr. to read.

The read man is too far inside to make a play on a sweep so Mack Jr. hands the ball off to the fly sweep.

UCF runs a H-counter play in which the H-back will wind back and lead up into the hole. This allows them to run counter in the same direction that the H-back aligns in and can throw off the defense’s pre-snap keys.

Look at the H-back

UCF runs H-counter to the same side as H-back alignment by having him wind back into the hole. pic.twitter.com/Ts8ErmIvW7

Defenses could have their linebackers key on the movement of the H-back so using the H-back as a means of deception is an excellent strategy.

UCF also runs a play in which the H-back will take an outside step like he’s going to lead block for a sweep before winding back and leading up the hole for a QB counter. 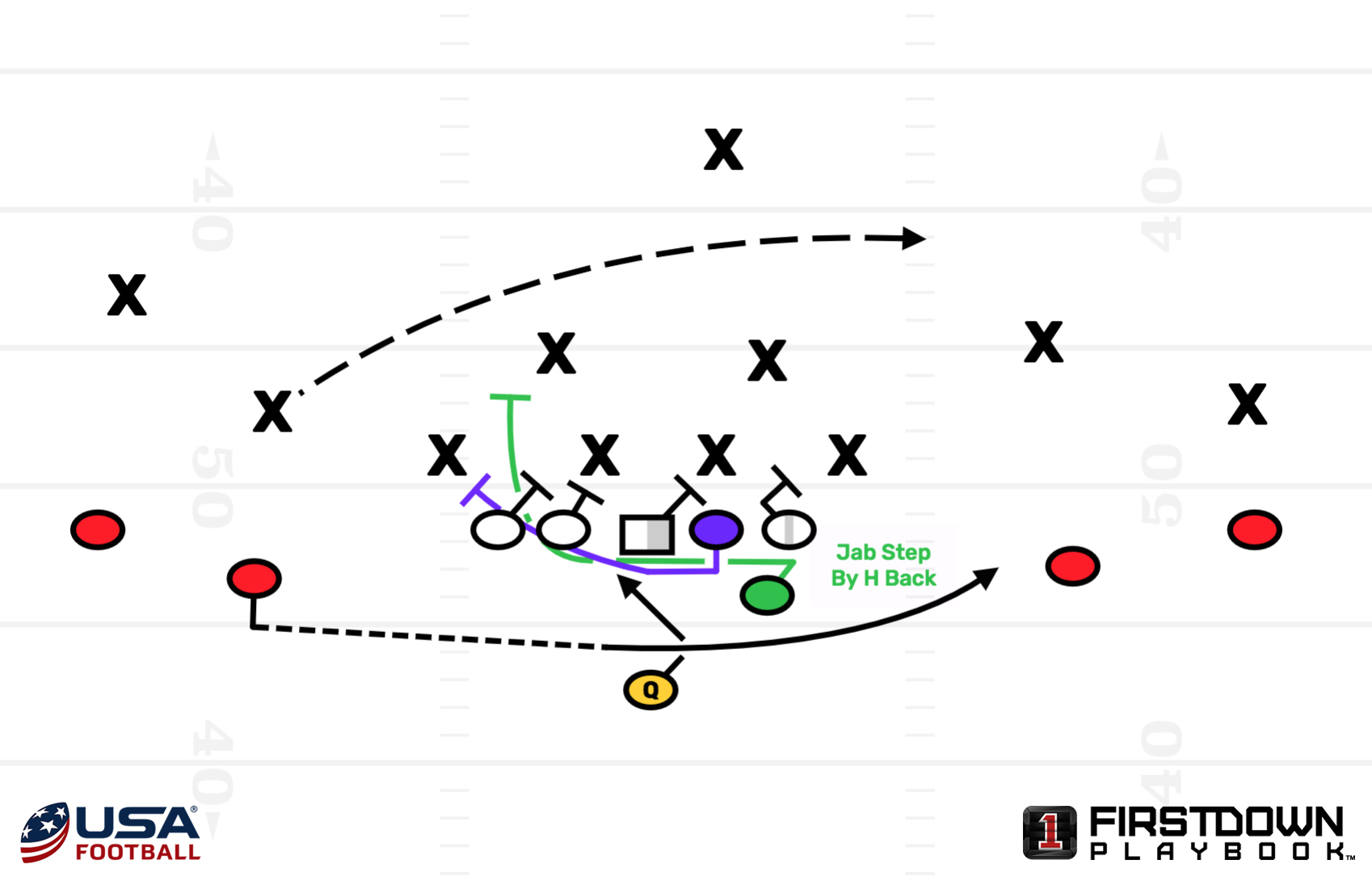 Here, the UCF H-back does just that. Mack Jr. motions the slot and fakes the fly sweep to him before keeping the ball and following the H-back and the pulling guard for a touchdown. There doesn’t seem to be a true read on this play. It’s simply a fake and keep. Little details like having the H-back execute quick fakes could make all the difference for defenders taking the bait.

The UCF offense has not lost or lacked any creativity after the departure of Scott Frost. Their offense is still as imaginative as any. Despite the loss to LSU in the Fiesta Bowl, UCF had a phenomenal season - especially offensively.