Let Your Child's Talent Do the Talking 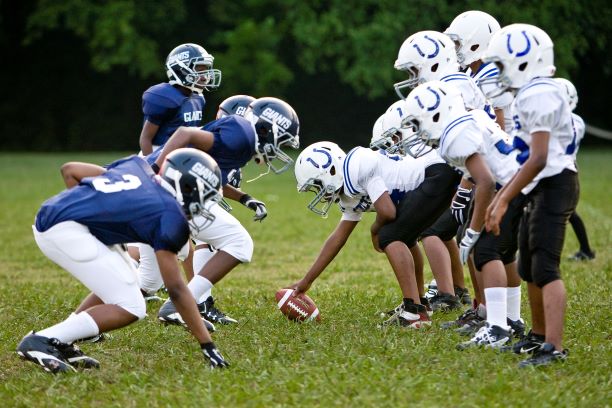 During our time as youth football parents, my wife and I have built some great friendships through our sons playing tackle and flag. I’ve always felt that with football provides a more familial atmosphere than other sports.

Through eight years of my son playing town youth football and through his first season of middle school football, I can’t remember ever having any kind of combative conversation or argument with another parent. Unfortunately, last summer I had an experience I wish never occurred.

RELATED CONTENT: Your Young Athlete Needs Support For Their Sport, Not Criticism

Last May, my son registered to try out for a youth football travel program and we were supposed to get an answer by June 1st. Fast forward to July and we still had no answer as my son was set to participate in the U.S. National Team Middle School Bowl Series in Canton.

During practice one day, I overheard two parents talking about the same program my son had tried out for and said to them that we had never heard anything. One of the dads decided to initiate what would be a rather uncomfortable conversation.

He asked how old my son was and what position he played, which is when we realized our sons had both position and age in common. Then this father asked if I thought my son was better than his, to which I assured him no – I just wanted to know if my son made the team. Then he said what really set me off… “You seem like a nice guy.  Maybe I can call the coach and get your son on the team to give my son a rest once in a while.”

The guy was absolutely paranoid that my son played the same position as his son. That week my son and his son faced off, alongside other players, until eventually this other father’s son was moved to another spot on the offensive line. He was rude and incorrect for no reason.

At practice on Friday, I went over to say hi to the other father and see if he spoke to the league coach and when he saw me, he covered up his face and walked in another direction. The point is that there’s no reason for a parent to be hostile towards another parent in any kind of environment. I hope that other parent realizes the same thing some day.