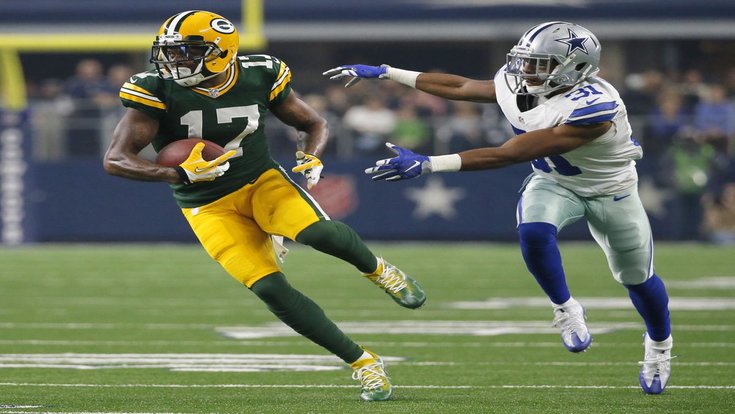 Press releases are the scariest aspect of wide receiver play for coaches because there is no way to predict exactly how the defensive back will react, which makes it impossible for a coach to tell the receiver exactly what to do in any given situation. Teaching breakpoints or catching mechanics or hand combat is much more comforting because there are precise techniques that can be practiced the same way every time and can be applied to very specific situations. For example, a 12-yard curl requires a Tight Break at the top, every single time no matter what. Press releases can’t be thought of so strictly.

Press releases must be thought of in a much more fluid manner with rules that adapt as the defensive look changes and a toolbox of techniques rather than a single specific technique. The most important job for coaches is to teach their players when to use the tools available to them, but to do that, the receiver must first have a clear understanding of his rules AKA The Press Release Commandments. (Although these rules had to be organized in some sort of order, none are more or less important than the other and most of these rules depend on each other and will not create a successful release if used alone.

This commandment precedes any of the physical movements and provides the framework for a successful release. Have a plan! Too many young receivers are not thoughtful enough when then approach the line of scrimmage, but a successful release starts with coming to the line with a plan. This is not a plan that the receiver is making up on the spot either. He should be creating this plan during film study and practice all week leading up to the game and his coach should be helping him build the plan based on the tendencies that show up on film. This plan varies based on the style of the cornerback defender that is across from the receiver and it also varies based on the route that is assigned to the receiver on the play called.

Furthermore, some of these release commandments should even be broken or adjusted on specific routes in order to appropriately manipulate the DB. Many stopping routes, for example, require a “sh***y release” because the time to win on those routes is at the breakpoint, not at the line of scrimmage. Thus, the last thing a receiver wants to do is beat the defender badly on the release and leave the him in a heavy trail position when the route requires him to stop 10 yards later, likely causing a trail defender to run right into him. Instead, the receiver wants to take a release that allows him to run vertical freely but keeps the defender on his inside shoulder running with him so that the defender becomes vulnerable to a sudden break point at the last second.

All of these thoughts go into creating a sound plan at the line of scrimmage and receivers have a limited time frame to build it, especially in no huddle offenses, so they must be trained to think quickly. The receiver should have an efficient process of assessing the leverage and positioning of the defender over him, scanning his coverage triangle to confirm the coverage to his half of the field and then applying the information he has gained to the route that he is assigned to run. Based on all of these factors, the receiver can create his plan to win.

Even after all of this information is diagnosed the picture could still change after the ball is snapped! Especially at the highest levels of college and professional football where defenses are more prone to disguise their coverages and cornerbacks and linebackers are well trained. Thus, bringing us to commandment number two:

Have a Counter Plan

Although defenses can disguise their coverage and cornerbacks can switch their technique at the last second, there are a limited amount of coverages that a defense can realistically get into at any one time and every defense has situational tendencies that hold true throughout the course of the game, which allow the receiver to make an educated guess about what to expect. Generally, when assessing the DBs leverage, scanning the coverage triangle and considering the situational tendencies that should have been studied during the week of practice, there are only coverage possibilities that the receiver must be prepared for. Furthermore, when studying a DB’s press coverage techniques, he will show tendencies as well and will play different release moves in a specific manner.

With that said, the receiver can use all of this information to create an initial plan he feels confident in and take an educated guess about how the DB will react. In the back of his mind he is ready with a counter plan in case the DB does something different.

One of the biggest mistakes young receivers make at the line of scrimmage is they dance side to side without attacking the DB vertically. That is exactly what the DB wants to do in press coverage: prevent the receiver from running up field. The receiver must have an aggressive mentality and “eat up space” off the ball, meaning that any space the DB provides, the receiver wants to take it away immediately and get on the DBs toes. DBs love space early because it gives them time to react and stay in a comfortable position. When the receiver takes that space away, it eliminates the time the defender has to react and makes them uncomfortable, thus giving the receiver more control of the route from that point forward.

Once the receiver begins to gain confidence in his plan vs. press and starts to master some of the tools available to him, he will be in less of a rush at the line of scrimmage and take more time. The mindset that every receiver wants to have vs. press and really in every aspect of route running is “Patient, but Sudden.” Patient while he executes his plan, sudden when he makes his move. This allows the receiver to fully commit to the plan he has created, but also tells him that he must have a sense of urgency when it’s time to get himself open.