Tryouts are a great learning experience 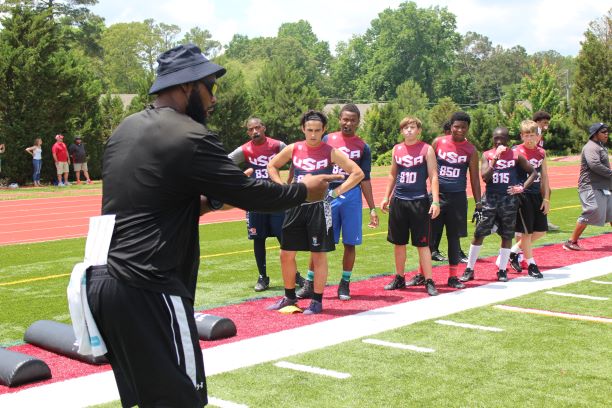 In many youth sport leagues, there are no true tryouts. Sure, preseason “tryouts” evaluate every child, but each player makes a team regardless of their skill level. However, there are instances as an athlete gets older where they might attend a tryout and not be picked for a team.

This sometimes means a player gets placed on a “B” team but in other cases, players who don’t make the team simply have to wait until next season to tryout again. Athletes might decide to join a rec league when this happens, in order to work on their skill and keep practicing.

RELATED CONTENT: Parents should know their role during games

My son is gearing up his first real tryout situation in a few weeks. In this case, there’s a parent club in the sport that plans to pull the best kids from several other clubs and that all-star team will then represent the state at regional and national events.

Obviously, he’s not sure whether he will make the team or not. The only thing he is sure of is that even if he makes the team, he might not want to accept the invitation.

He says his decision will depend on two factors – teammates and commitment. He’s not concerned about the skill level of possible teammates, but if any of his friends will make it. He also isn’t sure he’ll want to make the multi-season commitment that would be required, as he plays other sports and could become a three-sport athlete at some point. Given these two variables, he questioned if he should even bother trying out.

My answer was a resounding “YES!”

RELATED CONTENT: When is it OK to play just one sport?

He’s at an age where it will be a good experience to have a real tryout, knowing you have two practices to perform with a consequence of not being picked if you don’t impress the coaches.

The nice thing about this tryout is that if he isn’t selected, he still gets to play on his current team without any fallout. If he is invited, then he’ll have a decision to make.

This experience will not only help him at future sports tryouts, but in life. It’s similar to when you are employed but decide to interview for another job opportunity. In one outcome, you get an offer and have to decide to take it or not. In the other case, you get a rejection letter and are relieved you still have a job.

As I told him, going into the tryout the goal should be to have a decision to make.

Tryouts are just another example of a youth sports experience with real-life lessons interwoven.