Learn how to add tags to your Sniffer in your offense 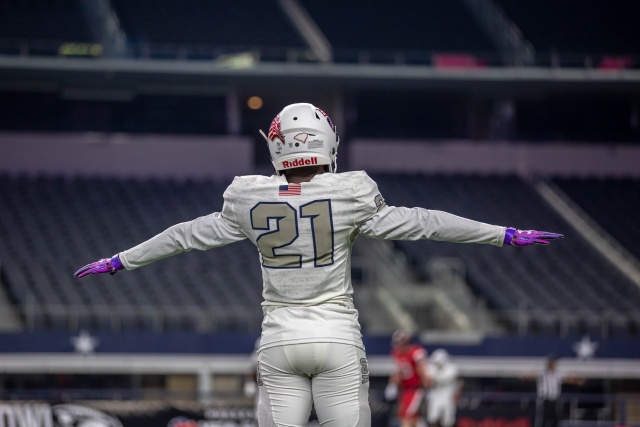 As offenses continue to evolve from full spread packages into 20p sets, it’s important to know what to do with your new “toy”: the sniffer. The off-ball fullback/tight end can add a lot of versatility to your run game through individual tags that allow that player to operate both in and outside the running schemes.

This tag sends the sniffer to travel behind the offensive line after the snap and block the end man on the line of scrimmage away from where the run scheme is going. Split is often paired with inside zone to create a natural cutback lane for the running back. 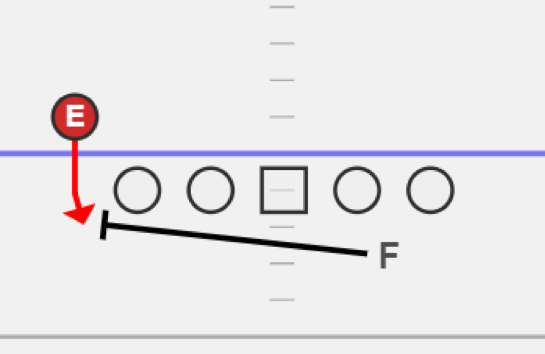 RELATED CONTENT: The Tite Front: Why defenses are tightening down the interior of their defense

It can be used with any scheme that leaves a defender free at the end of the line. With the proliferation of GT or Trey counter plays at the college and high school level, the split tag can be used to catch a defensive end from chasing the hip of your tackle and making a play in the backfield.

By blocking the end with the split tag, it allows your quarterback to read a second- or third-level defender in the RPO game. Inside zone + the split tag + a backside slant or glance route is becoming a ubiquitous way to add the potential for more explosive plays in your run game.

🔑 Great call when the Safety is keying on the H-Back! pic.twitter.com/689bw36kb7

With a bigger body player at the sniffer position, this is as useful a tag as you can install.

A progression off split tag is the Slice tag. Again, the player will travel behind the offensive line after the snap but will bypass the end man on the line of scrimmage and run into the flat as a receiver.

Because the end is not being blocked, he will need to be read by the quarterback. If the read tells the quarterback to keep, he will bubble out with the tagged slice player.

Any pass concept with a flat route can be added as an additional tag for the receivers to the slice side to help the quarterback find an open receiver.

Here, Auburn runs the slice tag and tags their receivers to block making it an easy read for the quarterback when he gets outside.

A simple three-level flood concept can keep the defense guessing and, again, help to create more explosive plays off this tag

Continuing with tags that send the offensive player across the formation after the snap is the Arc tag. 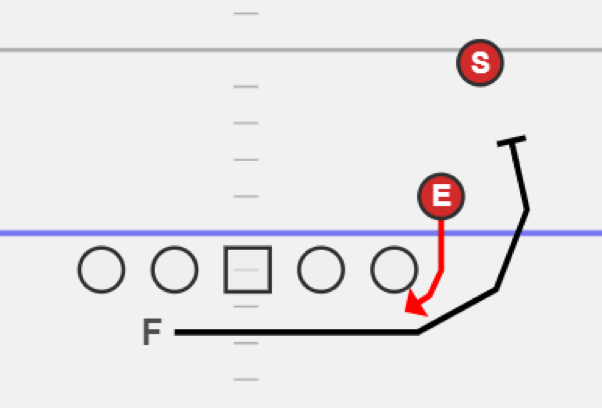 Like the slice tag, the player will bypass the end man on the line of scrimmage but now will turn his shoulders to block at the second level.

A great tag for teams with mobile quarterbacks, the arc tag gives the quarterback a lead blocker should he keep the ball on the read.

Load is the mirror tag for Arc. The tagged player will bypass the end man and then work to block the second-level defender. 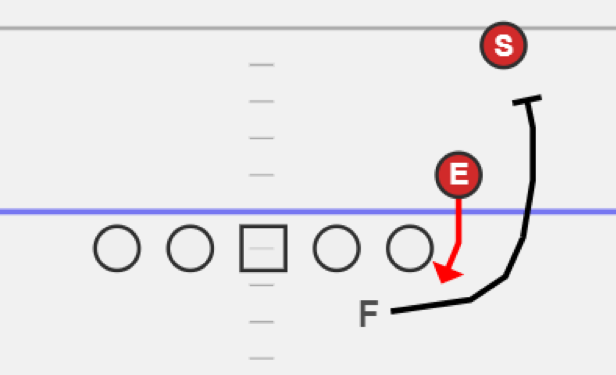 Load can act as a nice changeup to the Kickout tag by also tagging it on your power play converting it from power to power read.

The Kickout tag tells the player to block the end man on the side of line of scrimmage to the same side that he is originally aligned. This great changeup against teams that are keying on your inside zone split and slice plays by alignment. 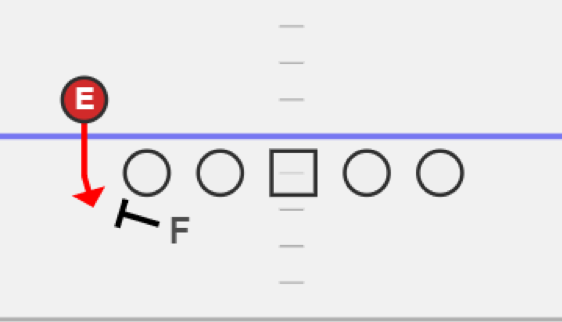 By tagging the player to the same side as the run, you can effectively tag your power play with the kickout tag

The Pop tag tells the offensive player to release down the field on a quick banana route looking over his inside shoulder. 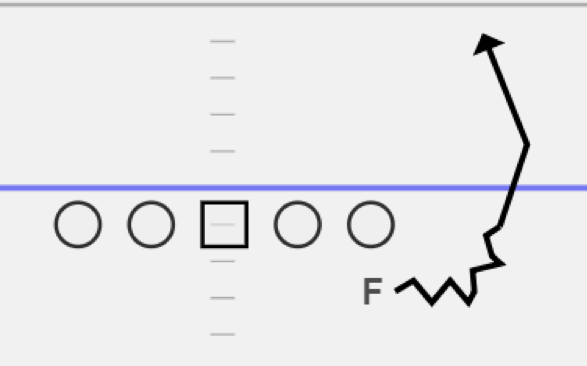 With run schemes where both defensive ends are blocking by the five offensive linemen, like Iso, this tag allows the quarterback to RPO a second-level defender and throw the pop pass to the sniffer.

Awesome aspects of this play from @FloridaFootball: dart scheme with solid double team, pop pass RPO, and the celebration. With reading BSLB for the pop pass, the double team can stay on and not have to worry about working to the BSLB.

Insert is a nice tag to have your player lead through an open gap between the tackles on plays like Iso or Draw. 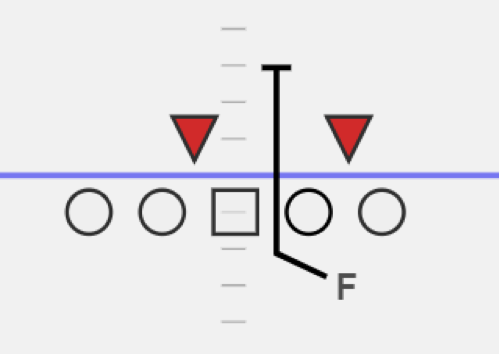 Depending on the front, the tagged player will lead for the first linebacker to his side in either the A-gap or B-gap.

Where offensive coaches can get a little more creative is by combining tags. In the clip below Nebraska is tagging the H-back on Insert-Pop:

Ozigbo pounding Michigan State in the snow is peak Big 10 football. This is an impressive broken tackle on LB Bachie in the hole. pic.twitter.com/Lrq9u7pZ4F

A common scheme in the NFL this season was running the Arc or Load tag paired with a crack block by a receiver.

There are a lot of way to get your sniffer involved in the offense through tags while not affecting the other 10 players on the field. Find the best fits for your team and roll.