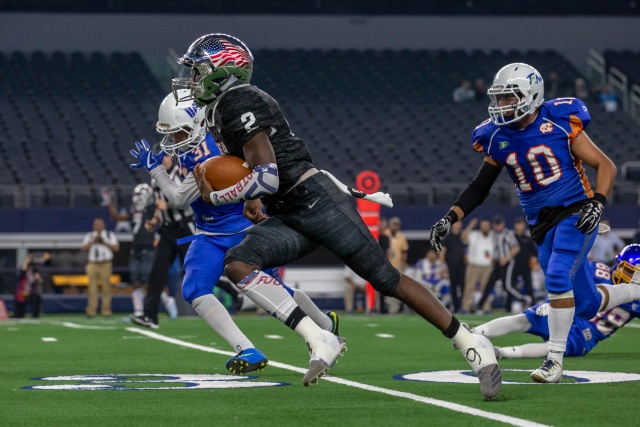 Two areas that we emphasize heavily within USA Football’s Advanced Tackling System and The Five Fights are Arm Clamp and Iron Grip. These Key Performance Indicators (KPIs) can be found under the Fight to Connect area of curriculum. While much debate can surround the hierarchy of KPIs, I believe that Clamp and Grip are among the most important within this particular Fight. A sound clamp or grip on the ball carrier can make up for a poor or difficult Track, Prepare and even other elements of Connect. As colleague and tackling guru Vin DiGaetano says, “A sound clamp or grip can help a defender work his way back into a tackle.” 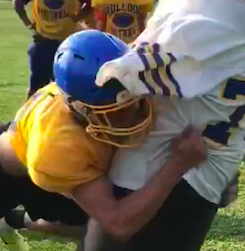 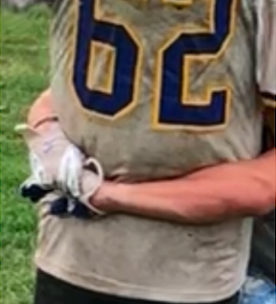 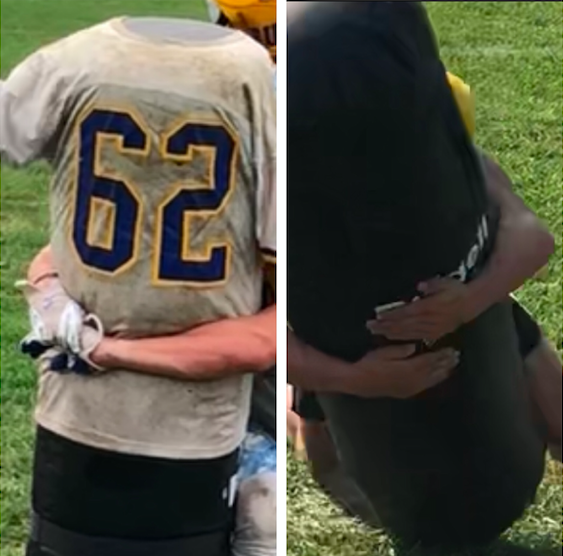 Even if a player struggles with a Track by taking a poor angle, initiates contact without his foot in the hoop or has a poor drop height on a play, his clamp plays a significant role in the success of the tackle. If all a player is able to grab is an ankle, then that player should dominate the grip of that ankle to make the tackle. If a player is in poor position, Iron Grip can buy them the time they need to get their feet in a proper position and still dominate the tackle.

GSI Bags come equipped with grip pillars that help coaches and players specifically address the Iron Grip KPI, however, if your program does not own GSI bags, much can be done to work in this area. To work Iron Grip, we simply placed practice jerseys over our three heavy bags.

During tackling circuit drill work our coaches would start by designating which KPI we were working on by simply stating “clamp” or “cloth.” Cloth became synonymous with Iron Grip for us. It should be noted that this particular drill simulates Level 3 tackles, which take place from the waist to the chest of the ball carrier, however, Arm Clamp and Iron Grip remain important skills to ingrain despite the level of the tackle. The three bags would be lined up with a player on a designated side holding the top of the bag to keep it upright. Tacklers would start from a kneeling position first so that the Arm Clamp or the Iron Grip were at the forefront of their mind since these particular KPIs were being addressed. The coach designates “clamp” or “cloth.” If Arm Clamp is being drilled, players wrap their arms around the bag and connect a hand to the opposite wrist. If Iron Grip is being drilled, players simply grab on to the cloth of the jersey as tightly as they can. From here, on the command, players secure the bag by squeezing it, seeking the second “exhale” of the tackle. The gold standard of a Level 3 tackle seeks to create three exhales. The ball carrier should first exhale upon the shoulder strike, the second exhale should come at the hands of the Arm Clamp or Iron Grip, which should include a squeeze on the ball carrier, and the third exhale takes place when the ball carrier hits the ground with the tackler finishing on top. As the drill progresses, players can move from a kneeling position to one or two steps out to finally running.

I have found that designating clamp or cloth pre-rep helps players hone in on the skill. This drill can progress in a number of ways to include other KPIs within the other Fights as well. Eventually, we had bags donning practice jerseys located in spray-painted hoops with bands attached so that we could work in multiple areas of the tackle. Again, to stress the importance of these KPIs, a sound grip can get your tacklers back into a good position as they work their way back into the tackle.