4 benefits of redshirting in college 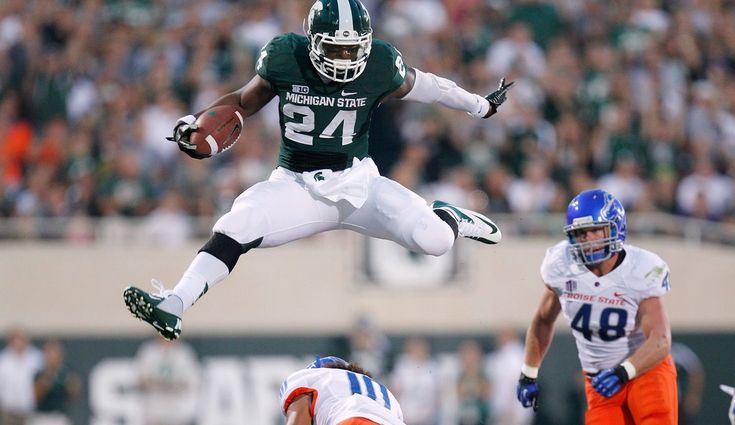 There's clearly a negative connotation associated with redshirting in college athletics. When the option is brought up, student-athletes often get depressed because they won't contribute right away on the field.

However, redshirting just means a player needs more time to develop in order to compete at the highest level. Did you know New York Jets running back, three-time Pro Bowler Le’Veon Bell and Seattle Seahawks Super Bowl-winning quarterback Russell Wilson both redshirted? These men are two of the most dynamic players in the NFL, but they had to wait their turn in college before they rose to stardom.

I think it is safe to say having a year to develop isn't so bad after all.

Redshirting is something many athletes dread, but there are some major benefits. A lot of coaches entice young players during the recruiting process by saying they'll have the chance to make an immediate impact, but it doesn't always play out that way.

Redshirting is something we need to shed a more positive light on because it can really help players maximize their collegiate experiences. Here are four benefits redshirting can provide:

1. Get settled on campus: Remember, these will be some of the best years of your life, so redshirting provides one more year to thoroughly enjoy that college experience. There are a plethora of opportunities on campus, but it is up to each individual to make the best out of the journey.

2. Time to adjust: Redshirting buys more time to get yourself acclimated to the collegiate setting. Summer school provides a taste of what college life will be like, but there's nothing like going through a full semester without traveling and allowing yourself a chance to build a solid and sound academic profile.

3. A fifth-year: Redshirting provides an opportunity to graduate earlier, so you can explore master’s programs with that final year of eligibility. By redshirting, this opens up that fifth year of a scholarship to maximize potential in the classroom. I assure you, coaches won't vouch for those who choose just to skate by.

4. A chance to mature: Athletes who redshirt have the chance to learn the playbook and get stronger in the weight room. If you take heed to your strength coach’s plan, your body will be transformed. Couple this with talent, and you'll be ready to compete for a starting job.

RELATED CONTENT: How to build mental toughness for high-pressure situations

Redshirting can be tough because players don’t feel like they're part of the team, don’t get to travel and don’t dress for games. But it also has perks, so embrace the challenge if your coach asks you to do it.

Ashton Henderson was a four year letterman at defensive back at Michigan State, as well as an honor student and co-author with former teammate Travis Key of “Beyond The Gridiron: How to successfully transition into collegiate football,” a detailed account of what it takes to be a Division I college football player and successful in life. To learn more about their mission and purchase your copy today, visit: www.beyondthegridironllc.com

This is an updated version of a blog that originally published July 7, 2015.