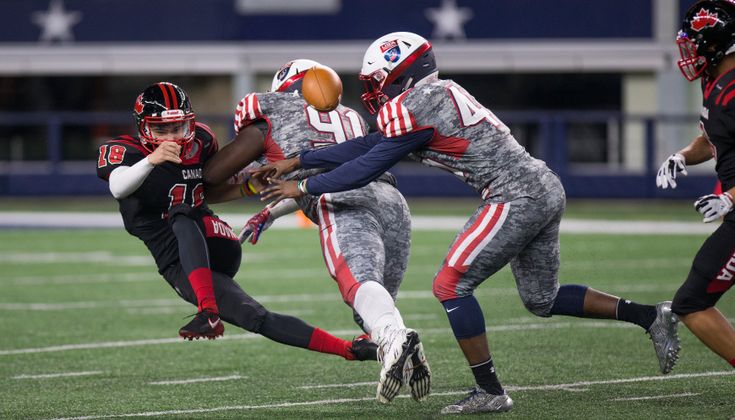 These are well-known football rules found within in every rulebook.

There's another set of rules, however, that lives outside of manuals, but exists through experience and advice passed down through generations, guidelines created by players within the sport.

Former Penn State University football players Andy Ryland and Michael Haynes offered their insight on football’s unwritten rules. Haynes, the 2002 Big Ten Defensive Player of the Year, also played in the NFL as a first-round pick of the Chicago Bears.

“First off, unwritten rules are an eternal difference of opinion,” said Ryland, USA Football’s senior manger of education and training. “I’m sure it would be different depending on who you asked and what side of the ball they played on, but there really are some things you just do.”

At most levels of football, much of what was once considered dirty but legal is now addressed within the rules.

“You can’t just nail a quarterback who was defending an interception,” Haynes said. “It's good that the game has created rules that remove ‘dirty plays’ from football.”

Here are 11 more unwritten rules that Haynes and Ryland shared, that weren’t written down anywhere, but everyone should know during practices and games:

Football is an emotional sport and everyone has a temper at some level, but players can't hold grudges that make it to the locker room. You're a team and have to act like one.

2. A mutual respect for all players

“In practice, the scout team would give us warning if they were going to cut block. This protected us during non-competitive periods,” Haynes said. “Also, in games, if you feel another player get injured, you don’t finish them off.”

“There is a courtesy between teammates to just push off or go around,” Ryland said.

4. Football is emotional, but it's also a job

“Football at the professional level is interesting in terms of emotion,” Ryland said. “You totally want to break the will of your opponent on the field, but then could turn right around and take them to dinner.”

5. It’s OK not to hate your opponent

“It's OK to be friendly, but during the game you're on a mission,” Haynes said.

6. Don't actively aim for the hair

Many players today have long braids or flowing hair cascading from under their helmets. It’s legal to pull someone down by their dreads, but, “Players do not try to grab the hair of opponents when trying to make a tackle. Ever,” Haynes said.

Fans can say some rude stuff, but players need to ignore them and remain professional.

Shoving or throwing a player over the pile to send a message is a no-no.

9. Leg whipping on a block

Offensive players attempting a cut block shouldn't leg whip, trip or roll up on the backside of a defensive player.

If a runner is stood up by teammates and is already going to the ground, jumping on top of the mass of people is not cool. While it statistically could be marked as a tackle assist, it also sometimes can lead to injury.

It is not OK for players to dance or trash an opponent’s field, especially their midfield logo.

This is an updated version of a blog that originally published March 3, 2016.