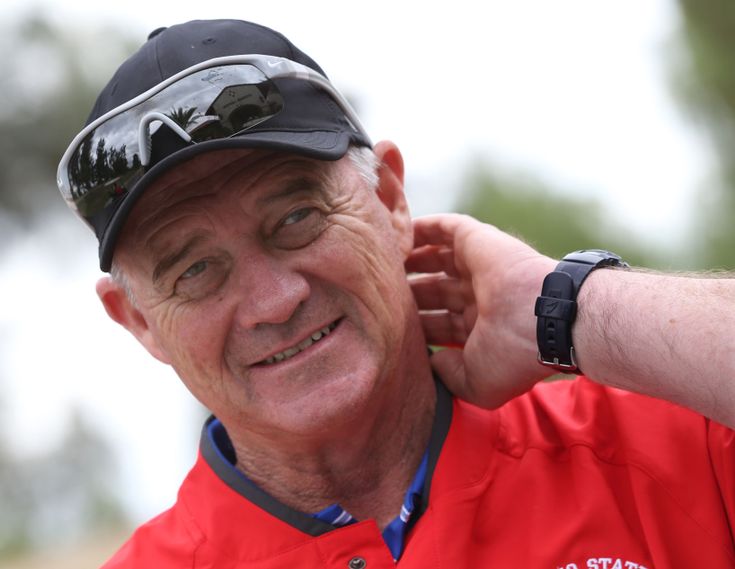 One of the more remarkable but quiet turnarounds in college football was how Fresno State transformed itself from a 1-11 team in 2016 to a 10-4 squad in 2017. The nine-win improvement was as unlikely as the journey their first-year head coach, Jeff Tedford, took.

Tedford made a name for himself at the University of California, where he also transformed a one-win team into a perennial winner before falling into mediocrity. Tedford was supposed to be a quarterback guru, but couldn’t develop a QB after Aaron Rodgers.

His scheme wasn’t the problem. Toward the end of the his 10-year tenure at Cal, he ran an interesting blend of a pro-style system with spread concepts, but couldn’t find a quarterback to run the offense with any sort of consistency. His ability to scheme was so well-respected that he landed a job as the offensive coordinator of the Tampa Bay Buccaneers after Cal fired him.

He dealt with some health issues before a brief stint in the Canadian Football League, and now he’s in Fresno, where he’s once again drawing up some interesting plays. Let’s take a look at a few:

This play starts with an interesting formation. It’s a quads formation with four receivers to one side — the three receivers outside and the H-back slightly outside the tackle. It’s a run pass option with a few options.

First, it seems the quarterback, Marcus McMaryion, (No. 6) had a pre-snap read. He could throw the bubble screen to the two receivers farthest outside if he had a favorable pre-snap look. The defense matched the numbers on the outside, so McMaryion moved on his post-snap read.

The called run play is a pin-and-pull run to the left of the formation, but the quarterback has the option to throw the ball to the H-back, running a seam if the unblocked weakside linebacker flows too quickly toward the run. The weakside linebacker sits on the seam, so McMaryion made the correct decision by handing the ball off.

The fade route by the No. 3 receiver may not be an option, but could just be decoy to pull the safety away from the H-back seam.

Without the weakside linebacker making his run fit, the run goes for solid yardage.

This is a great play against two-deep safety coverages because the slot motion outflanks the defense.

The key to this play is the excellent perimeter blocking. The Z receiver was responsible for the rolled up corner — it’s not an easy block. The tight end is flexed out, but went inside to seal the inside linebacker, leaving the nickel corner on his side unblocked.

The running back lead-blocked for the receiver out of the backfield and executes a perfect cut block on the nickel. The nearest unblocked defender was the deep safety on the playside, but he was too far away to fill the alley in time.

Though it looks like and counts as a pass, this play was really just a variant of a simple toss crack. The throw just allows the receiver to get the ball farther outside of the perimeter and takes the defensive line out of the equation because it rushed the passer.

Maryland offensive coordinator Matt Canada really started a trend with whacky shifts and motions that just made it chaotic for defenses to properly align. Tedford seems to have been inspired by his offense and used similar pre-snap movement.

The offense began with a pistol I-formation before it shifted to a 3x1 formation with the H-back in the sniffer position to the right and back offset toward the left.

The X receiver started in the backfield before he shifted out by himself toward the left of the formation. He then fly-motioned across the formation, which gave the illusion of a possible fly sweep, causing the defense to flow toward the right.

When the ball was snapped, the offense executed a split zone right toward the same side as the motion. Because the defense flowed toward the right, the cutback opened up for the running back, he found it, and exploded through it for a nice gain against a stout Washington defensive front.

These are just a few plays and strategies that helped to propel Fresno State into its first 10-win season in a long time. The numbers didn’t do Tedford’s offensive ingenuity justice this year. Quarterbacks usually need a full offseason to absorb the playbook and get acclimated with their teammates, but McMaryion transferred to Fresno State in August and did not have much time to prepare for the season. With a full season under his belt and an actual offseason, we’ll see if Tedford has finally found a quarterback for his creative offense.