Know the difference between RPO and play action, and 2 such plays any team can run 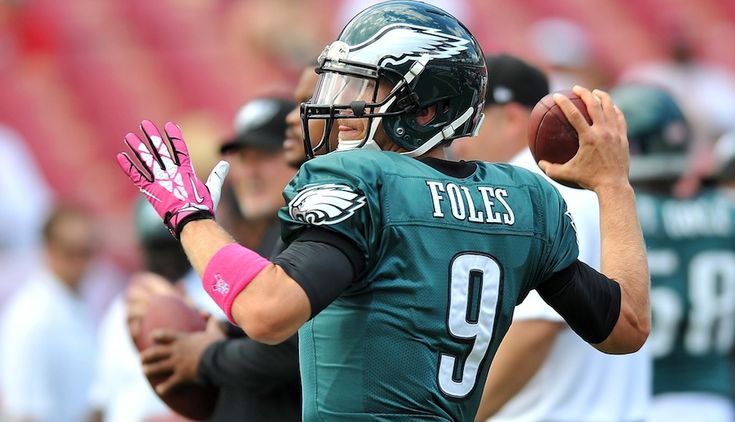 If you were like the millions of other fans who watched the Super Bowl last month between the Philadelphia Eagles and the New England Patriots, you probably heard the word “RPO” enough times to last a lifetime. Cris Collinsworth made the phrase famous to the common fan, having covered two consecutive Eagles games in the playoffs.

RPO, or Run Pass Option, is a buzzword around the football community, but it often gets confused with traditional play action plays. Having studied the Eagles offense over the year, they have a plethora of the RPO and play-action plays in their playbook that allows them to be successful. Here are two of my favorite plays from the Super Bowl that you can install into your offense immediately.

The first play is a true RPO that also had a unique twist added to it. This play combines an outside zone run element with a pass concept to the quarterback’s left side. Usually when teams run RPOs, you get a full run concept from the offensive line with a quarterback option to throw if the defense is giving the opportunity to do so.

Watching this play a couple of times, you notice this is a uniquely designed play. The right side of the line is blocking outside zone, while the left side is pass setting, getting ready to pass block. The Patriots’ linebackers are keying the offensive line, and you’ll see they read their keys and either flow with the run action or get into their pass drop.

This is a type of RPO that I hadn’t seen before until the Super Bowl. It’s unique in that it combines elements on the offensive line of run and pass blocking. This could become the new trend in RPOs that could really begin to challenge defensive coordinators at all levels.

A very cool look at a Philadelphia Eagles RPO ran in the Super Bowl.

Right side of the line is blocking Outside Zone. Left side pass sets against the rush. Both LBs play the action of the line and get caught. This is really unique play design ran to perfection. #All22Daily pic.twitter.com/4WSCxgpINL

In this RPO, the QB is reading the flow of the backside linebacker to determine run or pass. The footwork and riding out the mesh point in an RPO are just as important as any other aspect of it. Eagles QB Nick Foles does a great job of setting his feet so he can hand the ball off or reset and throw the ball if he has that read. The other aspect of this is the wide receivers must come off the ball hard to keep the secondary occupied and out of the run game. The Eagles wide receivers run a double drive type concept, giving Foles a shorter throw if he decides to pull it.

Before RPOs, there were play-action passes. When executing play-action passes, the offensive line may give what looks like a run-blocking look, but will ultimately pass block. This is often where people confuse RPOs and play-actions. They see the fake handoff, but aren’t noticing whether the lineman are truly run or pass blocking.

The Eagles used their outside zone look once again to create a play-action pass to their wingback for a big gain. On this play, you see the offensive line take an outside zone track, but never get to the second level to run block. The wingback does a great job of selling his block fake by getting hands on his defender and then using a throw by technique to create separation from the defensive back.

The defensive back ends up staring at “Medusa” (the quarterback), and the result of the play is a big gain. Play action is still widely used at all levels of football and is a consistent staple among NFL offenses.

A great play action look ran here from the Eagles.

The OL does an amazing job of selling the Outside Zone. The Wing sells the block to get the corner to stare at "Medusa" and lose his man in coverage. To be a great PA team, oh must sell the fakes every time!#All22Daily pic.twitter.com/qNLZIOMrVP

During this play action, again you see Foles selling the fake to get the defense to bite. Because the defense is in man-to-man coverage, it must play pass first, which it doesn’t do here. The tight end who ends up catching the ball runs a “stalk & go,” with the other tight end running a seam route. This play action opens up because of the great line action followed by a quarterback who really sells that play and the handoff to get the defense to creep up. The quarterback knows he has his first option open and hits him down the sideline

Having seen both of these plays, there are major benefits to having both RPOs and play action schemes in your offensive playbook. The Super Bowl was a great showing for the Philadelphia Eagles and how they incorporate both into their game plan and in the end won football's biggest prize.