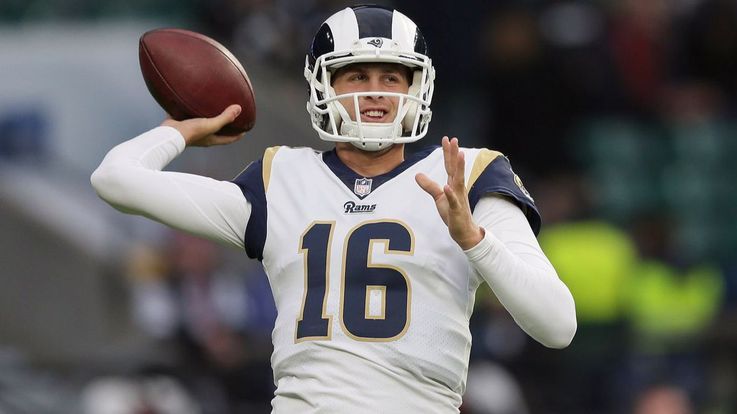 After watching every Los Angeles Rams' third-down play on offense this past offseason, one key theme resounds throughout each game plan. Coach Sean McVay puts his quarterback in a strong position to succeed. Getting receivers open quickly and using well-timed run plays helped the Rams take pressure off a young quarterback and counter the defense’s expectations at the same time.

McVay would have a small menu of plays to choose from in his no-huddle package. Once he saw how the defense lined up, he would check into a call to give his team the best chance of converting.

On third downs, defenses will typically focus on rushing the quarterback. This mentality places more pressure on the quarterback, literally and figuratively. When a defense shows a blitz before the snap, young, inexperienced quarterbacks can get rattled and panic.

Offensive coaches, especially in the NFL, see third-and-3-5 as a passing situation. Defenses see this data and create a game plan aimed to attack the quarterback.

McVay stayed one step ahead of teams with the use of the crack toss. The toss play gets the ball on the edge quickly and will still give the offense a good chance at converting the first down without asking much of their quarterback.

The play call is great against a blitz. Any lateral flow the defense would get from the linebackers is now directed downhill at the quarterback. This leaves edge defenders without inside pursuit help.

Defenses will often play the sticks on third-and-medium. A simple way to create this “umbrella” at the first down marker is to play cover-4. This will ensure that every receiver who is getting vertical has a defender who is responsible for a deep zone.

With fewer ways to attack this coverage past the first-down marker, McVay turned to a run play. In addition to looking good on paper, this play call will take advantage of what the defense sees as an advantage. The trap scheme takes advantage of defensive lineman looking to get up the field to rush the passer. In third-and-medium situations, NFL defenders are not typically concerned with a potential run call. They want that game-changing sack that will pad the stats that agents care about in the offseason.

The Rams call the trap play to the three technique. With easy blocking angles and the ability to get to the linebackers quickly, former U.S. National Team player Todd Gurley is able to pick up the first down before safeties or outside linebackers can identify the run play.

Not sure what to expect

When teams like to disguise their coverage and blitzes, going no-huddle can neutralize the unpredictability. The Rams used the space-stick concept with a no-huddle tempo to convert five out of five third downs. 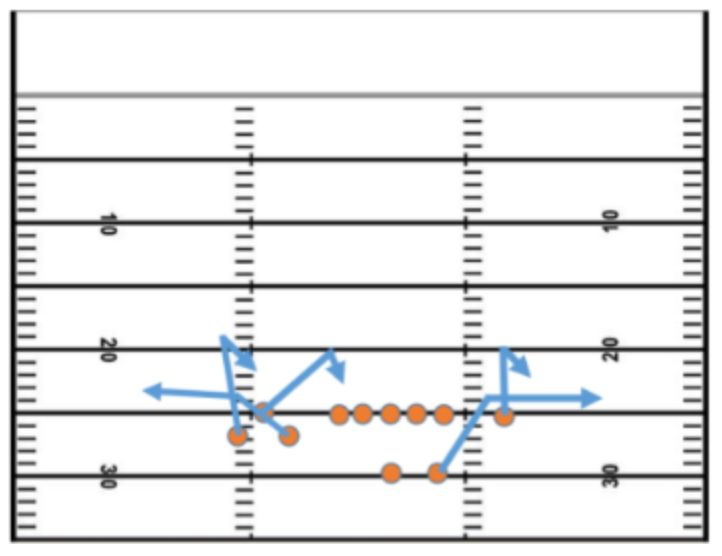 This play is especially effective in the red zone. Tighter throwing windows in the red zone are often a trap for young quarterbacks to throw interceptions. A quick-hitting horizontal concept with a defined progression read will give the quarterback little wiggle room for hesitation. The progression will work from right to left (or vise versa), from the two-man stick concept to the three-man spacing concept.

This play also reduces the risk of a red zone sack. The full five-man progression is quicker than the average play due to the distance and spacing of the routes

The video below shows all five times the Rams called this concept on third down. Quarterback Jared Goff does a nice job of going through his progression quickly to find the open receiver.

The dramatic one year turnaround blueprint used by McVay and the Rams is a useful tool for coaches at all levels.

Click Here to learn more about how the Rams offense worked in 2017.