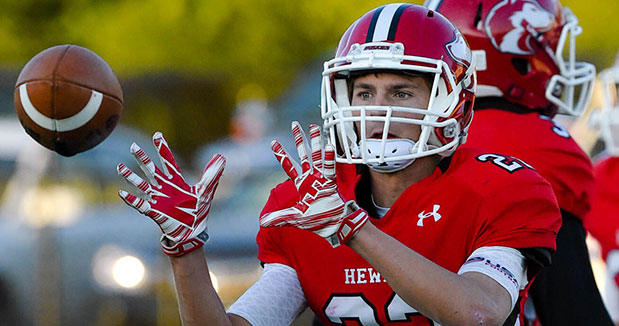 I sometimes fall victim to the dreaded verbiage, “catch the ball,” after one of my receivers commits a big drop. This is bad coaching on various fronts. I’m not telling my player why they missed the ball, and there’s no constructive criticism, only a blatantly obvious observation.

There are a variety of reasons why receivers drop footballs. At X&O Labs, we researched some of the top programs in the country to find three main reasons why it happens and the drill work coaches use to eliminate these issues.

RELATED CONTENT: Teach your quarterback how to read defenses

Here they are common problems:

RELATED CONTENT: How Andy Reid's shallow cross package could work for you

The drills below come from various high-level college football programs, but can be implemented in practice with receivers at any level to develop their skills.

1. Issue: Not focusing on the ball

A drill to teach concentration among wide receivers comes from Mike Leach, formerly of Texas Tech and current head coach at Washington State. Leach has his players stand behind the goalpost with their hands out before making a catch. This helps receivers focus on the ball, and it teaches them to extend their hands to make a difficult catch in traffic.

2. Issue: Not adjusting to the ball

This is a relatively simple drill Clemson University uses that can be done at every practice. It teaches receivers to react quickly on the run and adjust to the various types of throws they see from a quarterback.

3. Issue: Not running through the catch

This is a footwork drill Ohio State does daily. Wide receivers work through agility bags, keeping their leverage low while making the proper plants before catching the ball and exploding upfield after the catch.

This is an updated version of a blog that originally published Aug. 20, 2015.