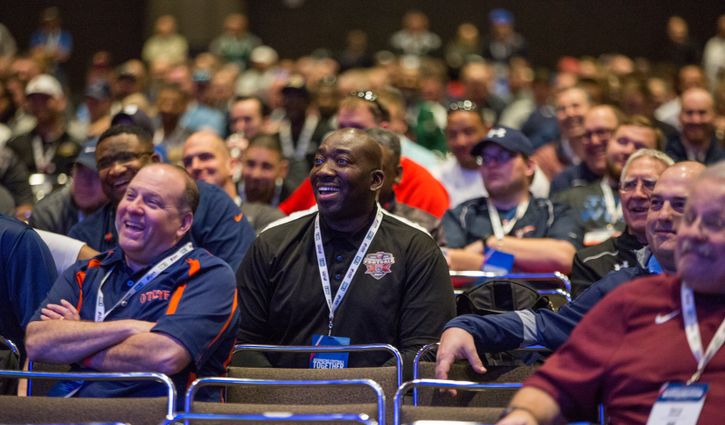 “Helping form and assist the Alliance is consistent with how we have served the high school coaching family for years,” USA Football CEO Scott Hallenbeck said. “This is a community formed by coaches for coaches. They are teachers and mentors – their work is self-giving and inspires student-athletes to be their best both on the field and off it. The formation of this Alliance presents a powerful opportunity for us all to share and learn from each other to keep football growing and moving forward.”

The coaches convened with USA Football to discuss forming the Alliance, to benefit their members and football-playing student-athletes across the country.

“This is a significant ‘first’ for high school football,” said Oregon Athletic Coaches Association Executive Director Rob Younger, a 30-year educator and high school football coach who will serve as the inaugural Alliance president. “The Alliance will bring coaches together in ways we’ve not seen before and will strengthen our community through USA Football’s exceptional and vast coaching resources.”

The Alliance’s physical and digital platforms will be powered by USA Football, the sport’s national governing body and the only member of the U.S. Olympic Committee that's dedicated solely to football.

“I think we’ve come to some good collaborative decisions for what’ll be good for our sport, and in particular, a unified voice for high school football,” said Gaddis, whose program was featured in last fall’s USA Football Power of Football campaign on its way to a state title. “When we gathered in Orlando, it was great to see so many guys from throughout the country. A lot of the time, we’re all dealing with the same things. What’ll be most exciting is how we identify how we can help coaches at all levels.” 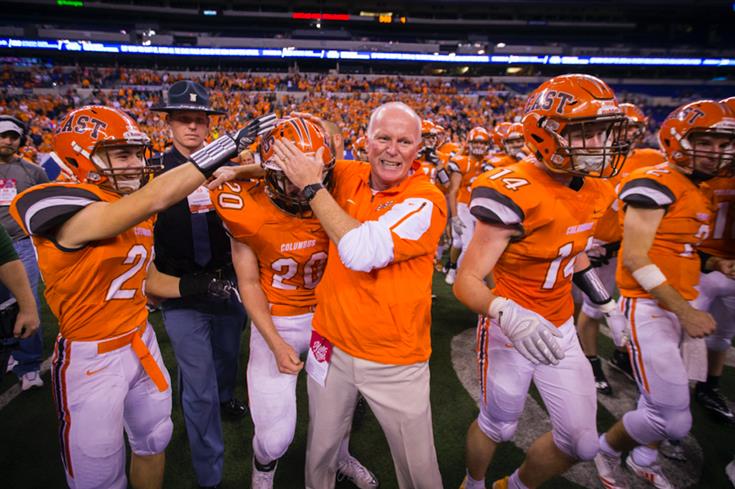 Columbus East coach Bob Gaddis celebrates with his players following a 42-28 victory over Kokomo in last fall's Class 5A championship at Lucas Oil Stadium in Indianapolis.

Gaddis said USA Football’s increased focus on high school football coaches as the lynchpin of football in their communities is already paying dividends.

“I think what it says is we should be the faces of football in our communities, in how high school, middle school and youth football all come together,” he said. “That way we can consistently train our coaches and our kids, and communicate with the public.”

Another plus, Gaddis said, is that the Alliance will provide the ability to present a unified front when necessary, like in situations such as last year’s decision by the Big Ten Conference to play games on Friday night, which drew scorn from coaches and football people across the country.

“When that news came out, we wondered how we could get all the coaches together in one voice,” Gaddis said. “Now we have a way to accomplish that.”