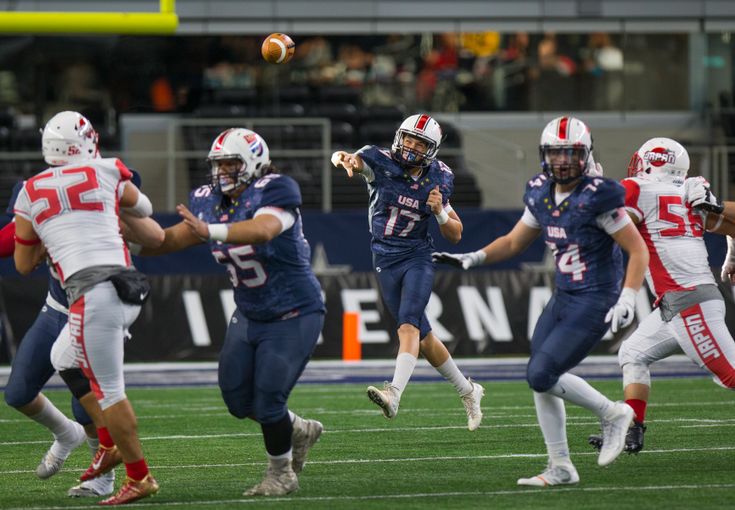 Congratulations! Your child has been selected to play for the U.S. National Team. As a parent, now what? What should you expect?

Milton Bugg is a veteran when it comes to being a U.S. National Team parent. His oldest son, Tre, who redshirted at Air Force this season, was his first child to play for the National Team.

"We didn't know much about USA Football at the first Regionals Tre went to in Phoenix,” Milton said. “Tre had been a part of other programs, and it was clear that they were very commercialized organizations, so when we first got involved with USA Football, it was beyond the type of athlete that they were looking for. They were looking for guys with sound morals, a good foundation, values, were a great teammate, and leaders. It was all about the complete person, not just that athlete; and that was the moment we fell in love with USA Football.”

RELATED CONTENT: Pathway to U.S. National Teams to change in 2018

Milton knows what it was like having a child step into the National Team program for the first time, and said, "The biggest thing I would say to any parent coming into USA Football is, embrace the process. Enjoy the process and watch how their kids develop; and not just in football, but with how their kids identify with something bigger than themselves.

"I developed relationships with other parents in the USA Football family, that goes back years,” Milton added. “It's really exciting to be with other families and watching each other's kids grow and experiencing their child's success as much as my own kids. I say, ‘USA Football family’ a lot, and that's because that is what it is, family."

The National Team gives each athlete an unforgettable experience, and for the Bugg boys, it is more than a game.

"That sense of belonging to something bigger than themselves, and a lot of kids get a taste of that with their high school team, but a lot of that is dependent on the culture of the coaching staff with the high school team,” Milton Bugg said. “How well do they coach teamwork? How well do they coach when you’re one of 11 guys, and with USNFT, that is consistent. The consistency and the brand that allows our kids to stay focused, and keep their dreams alive.

“Watching how our kids are able to keep their dreams, put them in focus, and watching them chase those dreams, I can't thank USA Football enough,” Bugg added. “I am so grateful for the opportunities that the U.S. National Team and USA Football has offered my kids."