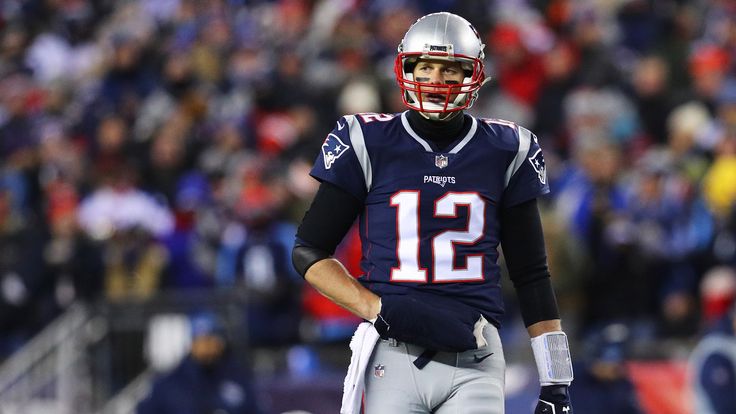 During the Tom Brady-Bill Belichick era, the New England Patriots have sustained unparallelled success, winning five Super Bowls together. Although there are many other things that have contributed to their success, the Patriots have always excelled with their scheme. When studying their 2014 season, one play that became a staple of their offense and was especially productive was their Y-Hook/Tosser concept out of empty. When running this concept in 2014, the Patriots put up astonishing numbers, going 15 of 15 for 145 yards (a 9.7-yard average). 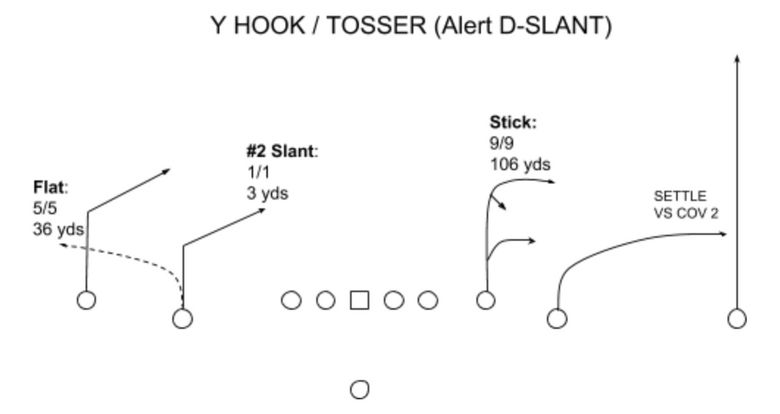 2-High: Against 2-high coverages, the Patriots threw to No. 3 on the stick route (Rob Gronkowski) almost every time, going 9 of 9 for 106 yards. One thing to note is that statistically, the Patriots’ top two quick game concepts are Stick/Tosser and their Juke series, which are both concepts that against 2-high are designed to get No. 3 matched up on a middle linebacker.

When watching Gronk run the stick route, one big takeaway is that the Patriots give the tight end a lot of freedom. No two stick routes look the same. The Patriots give Gronk the ability to break his route off early if he feels the backer is giving cushion and he will be open. If the backer plays Gronk straight up, he will get on his toes and either break away from or push off the backer.

Here is an example where the backer gives cushion early, so Gronk breaks his route off early at 3 yards.

Here, the linebacker plays head-up, so Gronk runs his route to the full depth and pushes off the defender.

Here, the linebacker once again plays head up, so Gronk gets on his toes and gets open while using some physicality at the top of his route.

Here, Gronk doesn’t find space until he gets to seven yards where he sits between the linebackers.

If No. 2 is given leverage, the quarterback can throw the out. The No. 2 out was never thrown when stick was paired with tosser, but it was thrown when the Patriots ran stick paired with other backside combos. Against cloud coverage, the out should be fine because No. 2 has a tighter split than usual, and No. 1 has a max split so there is more space before No. 2 runs into the corner. Also the No. 2 out settles, and the QB sits him down before he runs into the corner.  Here is an example of the No. 2 out being thrown against cloud coverage.

1-high: Against single high, Brady signals No. 2 weak to run a flat (“diagonal” in Belichick's terminology) and will usually work the backside slant-flat “D-slant” combo. Brady throws the flat route every time until the defense completely takes it away, in which case he throws the slant. When working the D-slant combo, Brady threw the flat route 11 of the 14 times the Patriots ran D-slant, and all five times D-slant was paired with stick, Brady threw the flat.

Here is an example of Brady throwing the flat:

The way the splits are set up, the slant often creates a natural rub for the flat route. Here, the defensive back has to go through some traffic to get to the flat.

If the flat is completely taken away, Brady can throw the slant. This never happened on stick/D-slant, but it did happen when D-slant was paired with other half-field combos. Here is an example of where the flat is taken away, so Brady throws the slant.