How the LA Rams use the option-return concept 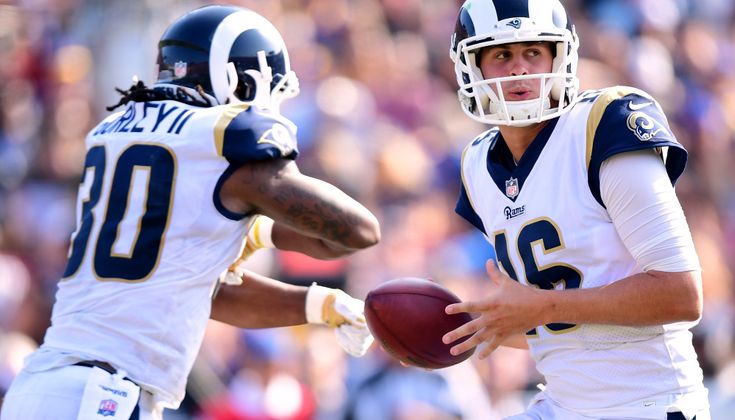 One of the main concepts the Rams featured throughout the 2017 NFL season was the option-return concept. This play featured Kupp’s route-running ability by giving him an option route: 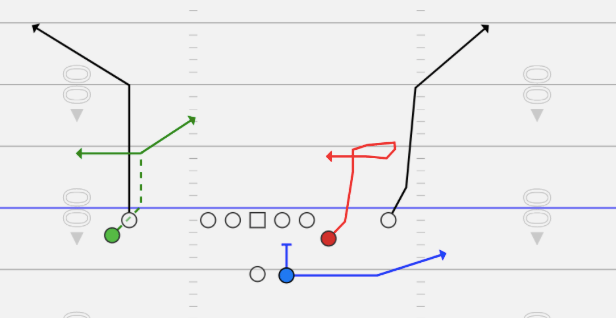 The option route (shown in green) is the first read in the progression. If Kupp has single coverage, quarterback Jared Goff would target him.

The receiver will push up to four yards and break inside our out based on the No. 2 defender’s leverage. The out cut is flat, while the in cut is typically made at a 45-degree angle.

The two videos below show Goff hitting Kupp on the option route:

The option route times up with the quarterback's three-step drop. The receiver will slow release to make his read easier and time up the route with the QB’s footwork.

Against two-high safety defenses, the option route will have 1-on-1 coverage. When the defense rolls a safety down and plays Cover 1 or Cover 3, the quarterback has to be careful. The option route may remain open, but if the defense double-teams the route, the QB should reset to the return route (shown in red).

The return route is meant to look like the West Coast staple quick game concept: Stick. The video below shows the Stick concept out of a similar formation:

In this clip, the Houston Texans played man coverage. They deployed a safety to help over the deep middle of the field, and a safety to “rob” the quarterback’s eyes. The short safety sees Goff eye the option route, and glided in to bracket Kupp. Goff correctly identifies the robber and resets to hit the return route.

The running back’s check-release swing route is the quarterback’s checkdown. If the defense covers up the return route, the swing route will have space to work with on the outside.

The film clip below shows the Rams converting a third down by hitting the swing route. Notice Goff’s footwork, and how he moves from left to right across the field. He scans each receiver quickly, which gets the ball to the swing route on time.

With the ball in the running back’s hands in space, he just needs to make one defender miss. This is an important aspect to consider when designing a pass play. Each receiver involved in the quarterback’s read should have the opportunity to win a 1-on-1 matchup after the catch.

This play gives the quarterback a three-man progression, evenly spacing his targets across the field. His job is to find the 1-on-1 matchup with leverage.

The Rams used this concept with great success in 2017. I imagine it'll be in their arsenal again for 2018.

If you want to learn more about this concept, and the Rams offense in general, Click Here.