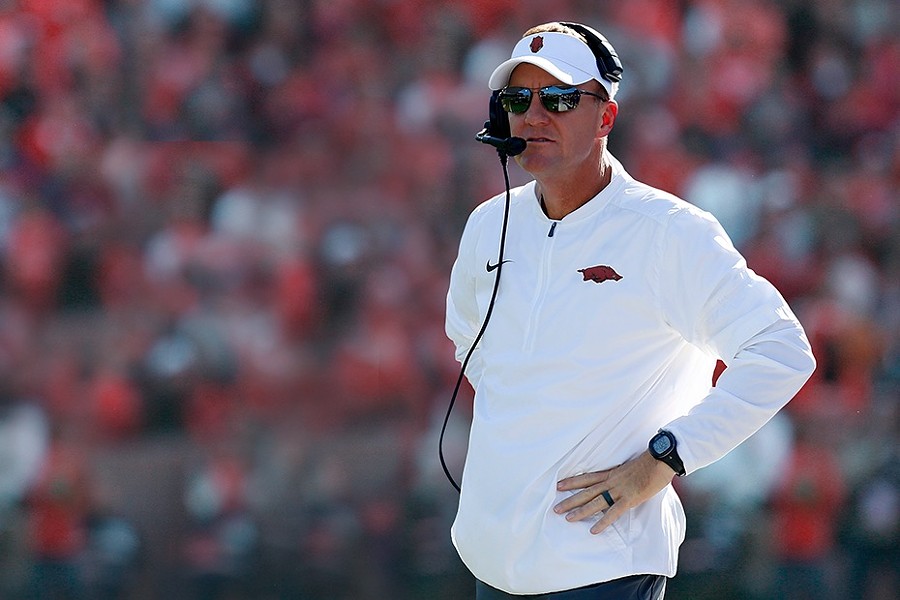 University of Arkansas coach Chad Morris doesn’t forget where he came from.

Morris spoke to over 500 high school coaches last week as the keynote speaker at the Mercy Coaching Summit in Rogers, Arkansas.

"I am a high school football coach," Morris announced to the room of coaches. "That's what I am. I take an extreme amount of great pride in saying that."

Before being hired as the Razorbacks coach in December, Morris coached 16 seasons of high school football in Texas at five different schools. He got his start in college football as offensive coordinator at the University of Tulsa in 2010 and the same position at Clemson from 2011-14. He earned his first collegiate head coach position at Southern Methodist University, where he coached for three seasons.

Regardless of any coaching position he’s held in college football, Morris has taken his high school coaching roots with him. He told The Sentinel-Record that when he was at Clemson, Dabo Swinney would correct him if he referred to himself as a high school coach.

"When I was at Clemson, that was one of the things that Coach Swinney would always get upset with me about. He'd say, 'No, Chad, you're the offensive coordinator at Clemson,’” Morris said. "And I'd say, 'Coach, I'm a high school football coach first.'"

"He didn't tell me all the time what I wanted to hear. But he saw something in me, and he challenged me. He kept pushing me and disciplined me when I needed it,” Morris said. "Because of him, I'm standing here today. So I know the impact that each one of you can have. Whether you're coaching girls athletics or boys athletics, it really doesn't matter. You have a huge responsibility to impact lives.”

Morris recalled several speakers he’d found impactful on his career when he was a young coach. Morris said he hopes his speech does the same for the coaches in the audience

"As a young coach watching someone up there talking, I know the impact they had on my program or my season," Morris said. "Maybe if [the coaches on Thursday] got one thing out of it that they can use, that was worth the time to share with them."

Morris shared his appreciation to the event on Twitter.

500+ coaches in attendance at the 7th annual Mercy Coaching Summit. A lot of special people who are making impacts daily at an event put on by a very special group in @MercyNWA. Thanks for having me - so many great coaches across our state! pic.twitter.com/ShNhJ0M1yn